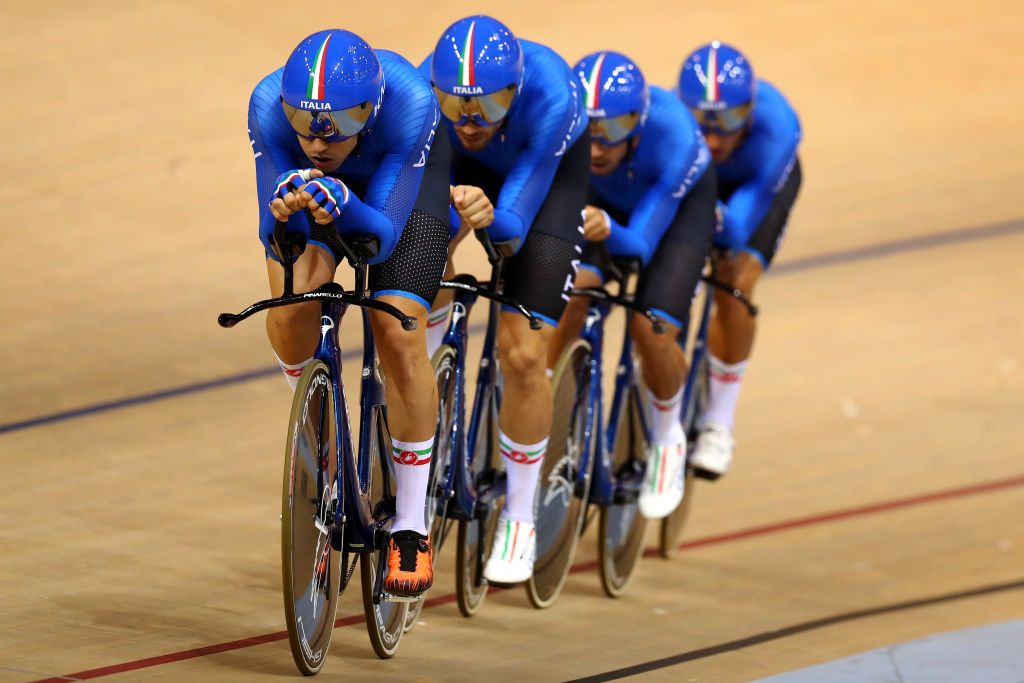 Filippo Ganna, Elia Viviani, Elisa Balsamo and Letizia Paternoster are part of a strong Italian squad for this week’s UCI Track Cycling World Championships in Roubaix, with the Azzurri looking to continue their success in 2021 after winning a series of medals at the Games Tokyo Olympics.

The track world championships were scheduled for spring but were moved at the end of the European season and from Turkmenistan to France and due to the COVID-19 pandemic.

The races begin with Team Pursuit qualifying laps on Wednesday afternoon in the Jean Stablinski covered velodrome in Roubaix – right next to the famous open-air velodrome – and continue with afternoon and evening racing sessions through see you on Sunday.

Ganna is once again the anchor of the Italian team pursuit team and will also be aiming for a fifth individual pursuit title. His biggest rivals are new world record holder Ashton Lambie of the United States and his young teammate Jonathan Milan, who recently won the European title.

Viviani finished her 2021 road racing season with Cofidis on Sunday, but will be on the boards later this week in the Open and individual races. He won the Omnium at the Rio Olympics in 2016, but surprisingly never won a world title on the track.

Balsamo will swap her road racing world champion jersey for the Italian blue colors to participate in the endurance events.

She crashed suddenly in Tokyo during the Open but came back in good shape. She and Letizia Paternoster will likely team up for Madison and also move up to Team Pursuit, in a young endurance team that also includes Martina Alzini, Rachele Barbieri, Chiara Consonni, Silvia Zanardi and Martina Fidanza. Miriam Vece will compete in the sprint events.

The Roubaix World Championships will likely be the last moment in Dino Savoldi’s long career as head coach of the Italian national team on both road and track.

He helped create the success of the Italian national team for more than 20 years, with athletes winning 250 medals, but is widely expected to be sidelined by new Italian president Cordiano Dagnoni.

Looking Back in Beacon – The Highland Current