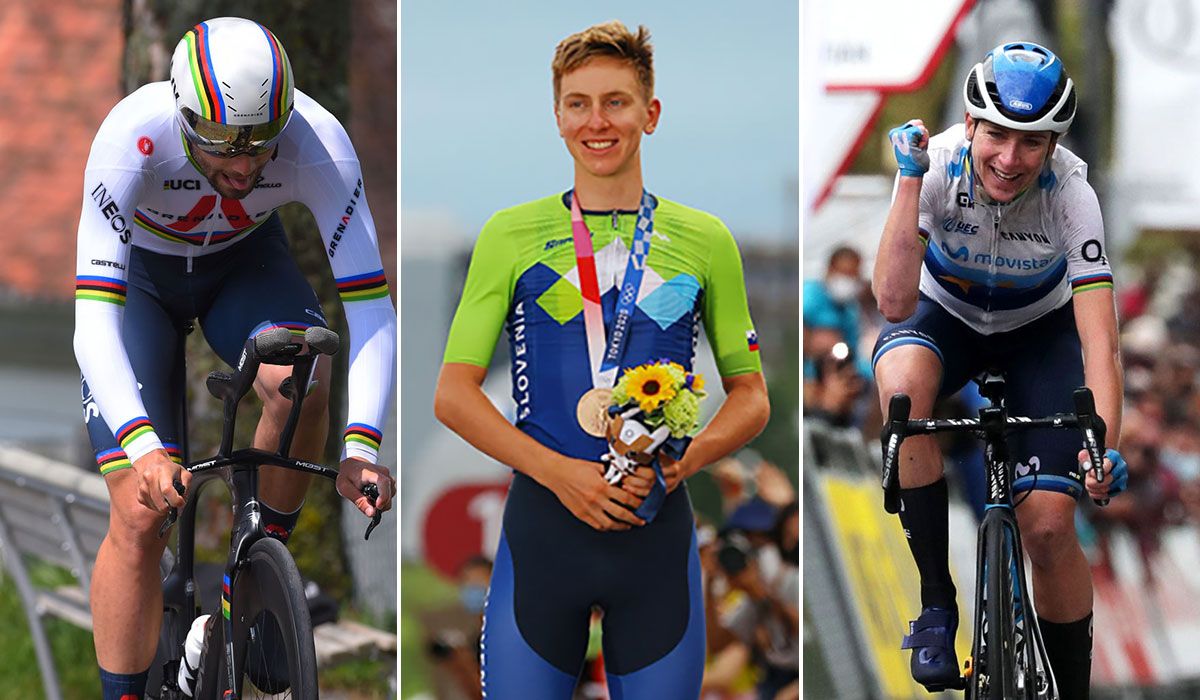 With Vuelta a España over and the summer sun rapidly declining, the UEC Road European Championships in Trento, Italy mark the start of the final two months of the 2021 season and arrive just one week before the Road World Championships. UCI in Flanders.

This is only the sixth edition of the European Championships for elite runners but the white and blue jerseys of the title holders have become a prestigious prize to wear in the peloton. This year, more than a thousand juniors, under 23, elite women and men from 39 different nations will compete between Wednesday and Sunday for 13 titles in all categories in the individual time trial, the race on road and team relay.

Pogacar will compete in the team relay event with his partner Urška Žigart, then also target time trial and road races as he accelerates his return to racing after his Tour de France success and his third place in the road race of the Olympic Games.

Unfortunately the road races come up against the last stage of the Tour of Britain, so Julian Alaphilippe and Wout van Aert are absent, as are the Great Britain team.

All 13 races will be centered around Trento, with the road races arriving at the central Piazza Duomo in the historic regional capital. The Trentino region has invested heavily in cycling as part of its outdoor lifestyle offering and recently hosted the MTB World Championships in neighboring Val di Sole. The championships are organized by the European Cycling Union (UEC) with the experienced technical support of the organizers of the Tour des Alpes.

The time trials start at the MUSE Science Museum and follow the valley roads on a 22.4 km round trip through vineyards and apple trees.

Wednesday’s team relay, contested by six athletes per team (three men and three women), will cover two laps of the course against the clock for a total of 44.8 km.

The 13.2 km road race circuit around Trento includes the 3.6 km long climb of Povio and a positive elevation gain of 250 meters per lap. The last four kilometers are on flat roads in the city center but with a number of turns before the finish straight.

Elite women complete eight laps for a total of 107.2 km. The 172.9km elite men’s road race also covers eight laps, but after an opening loop through the Valle dei Laghi and the ascent of the iconic Monte Bondone which overlooks Trento. Monte Bondone could inspire long-distance attacks to outrun the sprinters but the Trento circuits should inspire the decisive races.

Riders to watch out for

After a number of races and championships are canceled due to the COVID-19 pandemic, junior and under 23 athletes will return and compete in Trento.

Norwegians Tobias and Anders Halland Johannessen will be in action in the men’s Under-23 races after their exploits in the recent Tour de L’Avenir, as will Juan Ayuso.

Thibau Nys from Belgium and Laura Stigger from Austria continue the multidisciplinary capacity of the sport’s next generation in Trento. Stigger was the junior world champion on road in 2017 and in mountain biking in 2017 and 2018, while Mona Mitterwallner won the under-23 cross-country race at the recent UCI Mountain Bike World Championships in Val di Sole.

Pogacar stands out from the elite men’s starting list, but his Slovenian teammate Matej Mohoric showed his form in the recent Benelux Tour and could become the team leader.

Italy are aiming for a fourth consecutive victory in the elite men’s road race after Matteo Trentin, Elia Viviani and Giacomo Nizzolo and hope that Trentin and Sonny Colbrelli will measure up. Both are in good shape and will have the support of Ganna, local resident Gianni Moscon and Diego Ulissi.

Sagan could be a threat and his three world titles and his 2016 European title confirm that he knows how to win circuit races. Evenepoel has been selected for the Belgian team for the world championships and will be looking to prove a point in both the time trial and the road race.

Other names to watch are Norwegian Alexander Kristoff, recent Brittany Classics winner Benoît Cosnefroy from France and the return of Thibaut Pinot. Bauke Mollema leads the Dutch team, while Ivan Cortina leads Spain and Vuelta revelation Gino Mäder has been selected for the Swiss team. Kasper Asgreen is an outsider for Denmark, as is João Almeida for Portugal.

Despite the absence of Anna van der Breggen, the Netherlands remain the team to beat in the women’s races, with previous European road race winners Marianne Vos (2017), Amy Pieters (2019) and the winner title Annemiek van Vleuten in pursuit of another title.

Sadly, only nine nations will take part in the team relay event on Wednesday, but there are a few big names on the starting list. The trio of men will start first and cover one lap of the 22.4 km course, before the women start their lap when the men finish. The best combined time wins the title.

Cycling news will have full coverage of the European Championships, with live road racing coverage, news and interviews.