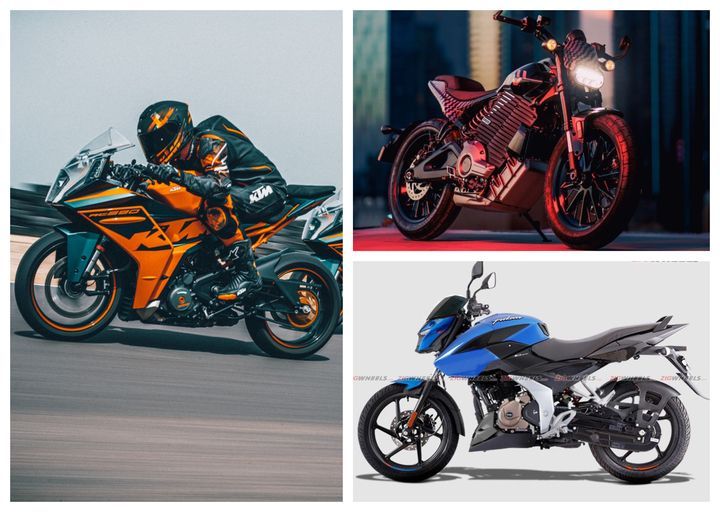 This month, some rather interesting two-wheeler launches are planned. And while this week didn’t see any launches, it was full of exciting developments on upcoming products:

Bajaj Blade may be making a return in electric form; 2022 Pulsar 150 Rendering

The Indian two-wheeler giant has filed a trademark for “Bajaj Blade”, which could be its next electric scooter under the Chetak brand. Find out all the details in this story. We have also delivered the next Pulsar 2023 150 which was spotted last week.

Keeway GT270 Maxi-scooter teased before launch, could be followed by MBP M502

Before Keeway makes its official India debut next week, he teased the GT270 maxi-scooter which could be one of its first products to grace our shores. The Hungarian-Chinese brand could even continue, although later, with the MBP M502N, its first mid-displacement motorcycle.

The Milwaukee-based cruiser giant has introduced a relatively more affordable electric motorcycle under its LiveWire sub-brand. the The S2 Del Mar street tracker was introduced as a limited edition model, but will soon have a standard variant as well. The Harley-Davidson LiveWire S2 Del Mar delivers the performance of a mid-displacement ICE motorcycle.

Aprilia Tuono 250 is what the Indian market needs

The Italian brand has launched the Tuono 250 as GPR 250S in the Chinese market. It contains a liquid-cooled single-cylinder engine, but the highlight is its low curb weight.

The highly anticipated The RC390 2022 price has been posted on the company’s official website, although the page was taken down soon after. During this time, the The Austrian bike maker has raised prices for the entire Duke rangeand even the 250 Adventure, accompanied by the RC duo.