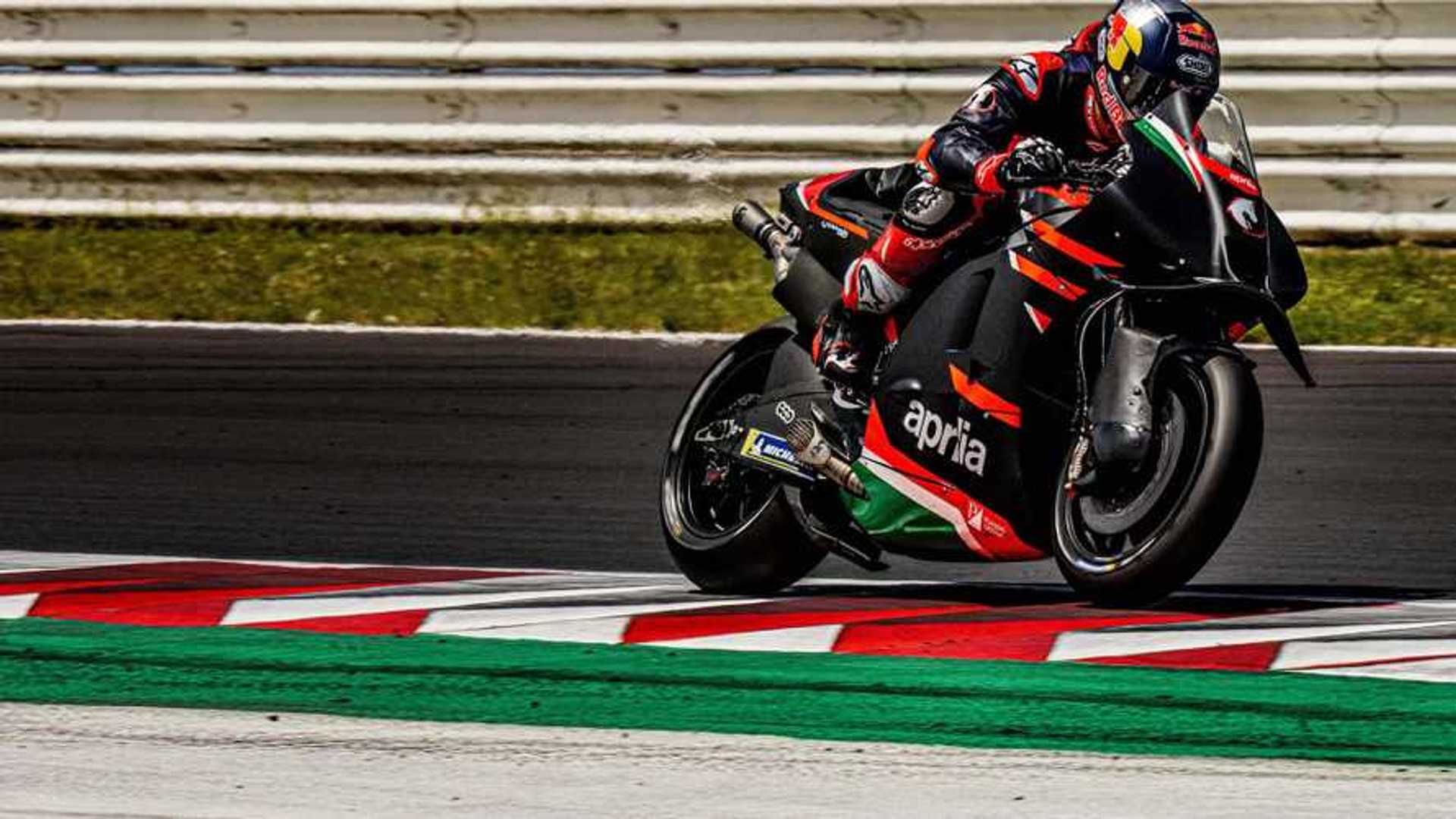 Andrea Dovizioso did a “good test” for Aprilia in Misano

Andrea Dovizioso completes a third test with the Aprilia Racing test team for the RS-GP. The result, according to the press release, was “very interesting”.

Ideal conditions were met on the Misano track during the “very interesting” test. Andrea Dovizioso and the test team were able to stretch their legs this time around, after a rainy outing at Mugello.

A total of 126 laps were completed in two days, 78 the first and 76 the second. The Aprilia Racing test team were working on the chassis, aerodynamics and electronics developments, which will hopefully give Aprilia an edge for the remainder of the season, and the next in 2022.

However, Aprilia did not disclose any lap times. Instead of giving a number, they just threw out statements like “decidedly fast times”. Understandable because the race day numbers must reflect the work of the team. The two days of practice also saw a marked improvement from the first to the second session, and in further dodging the issue of lap times, the press release even stated that “the stopwatch is not the most important benchmark. important “.

Either way, Aprilia is on the right track with its racing bike. The racing bike is expected to perform well until the 2022 MotoGP season.

When asked, Dovizioso said, â€œIt was a very interesting test. Testing on a third different circuit was extremely important to better understand the bike and see what points needed to be developed. “

â€œWe tested and tweaked a lot of things in order to better understand a lot of details that, in fact, we gathered more precisely, identifying how to improve ourselves and where, on the other hand, we are losing something with certain changes. With the next scheduled tests. ., we will be able to make more comparisons and better discuss our ideas.

Aprilia Racing CEO Massimo Rivola was also able to confirm that Dovizioso is still a candidate for the team’s remaining seat in 2022. A decision on this will be made soon, however, Rivola also said there was “very interesting and valid alternatives on the table” when asked about Dovizioso’s potential MotoGP exit for the 2022 season.

Apart from that, Rivola was also satisfied with the tests, which gave “important indications and demonstrated the progress of the bike which has already been seen in the race”.

Canada Goose plans to phase out fur by 2022 – will the alternative material be sustainable?