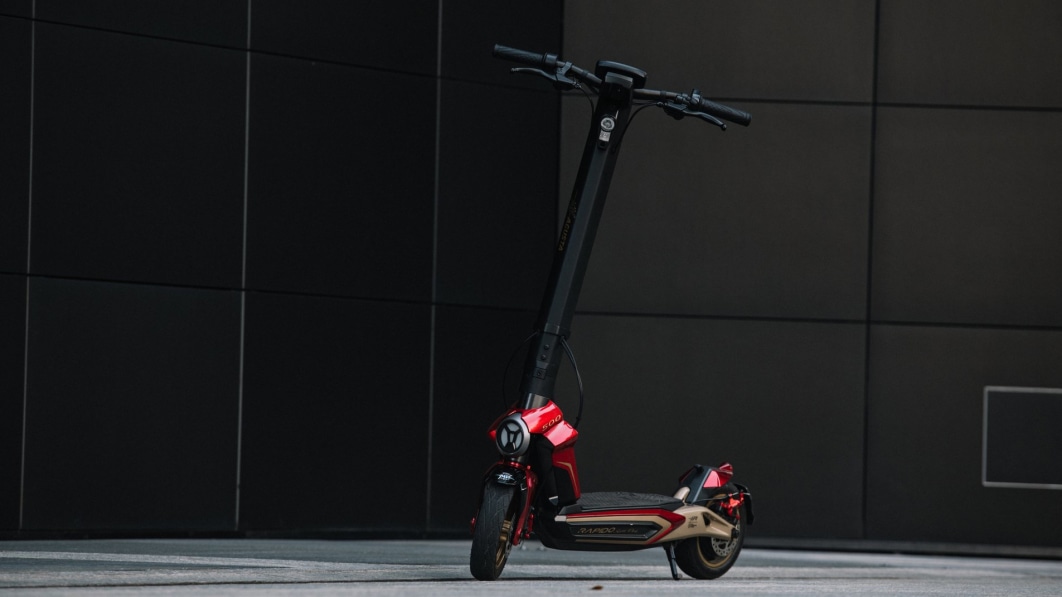 MV Agusta, the supplier of some of Italy’s most powerful and circuit-capable motorcycles, is entering the electric scooter segment. However, it does not forget its heritage: the Rapido Serie Oro that it unveiled offers unusual performance for the segment, and a Sport + mode.

Painted red with black and gold accents, the Rapido Serie Oro is boldly marketed as “the Italian standard in the world of electric scooters”. Its design is sporty and almost motorcycle; it’s sleek, angular, and fitted with a round headlight mounted on a part that looks like the fairing one would find on a trail bike. MV Agusta built the scooter around a magnesium alloy frame to reduce the weight to around 44 pounds.

Power comes from a 500-watt brushless electric motor that develops 18 pound-feet of torque (that’s almost the level of a 1957 Fiat 500!) And unlocks a top speed of almost 25 mph. It is capable of climbing a 14-degree incline and can carry cyclists weighing up to 220 pounds, although it is not known if it can do both at the same time. Either way, it offers users four driving modes called Pedestrian, Eco, Comfort and Sport + respectively. Each profile offers a different level of speed, acceleration and power consumption.

The maximum range registers at 31 miles when riding at a constant speed of 20 mph. Charging the battery takes approximately five hours.

Test of the 3T Exploro RaceMax: the SUV of the bike