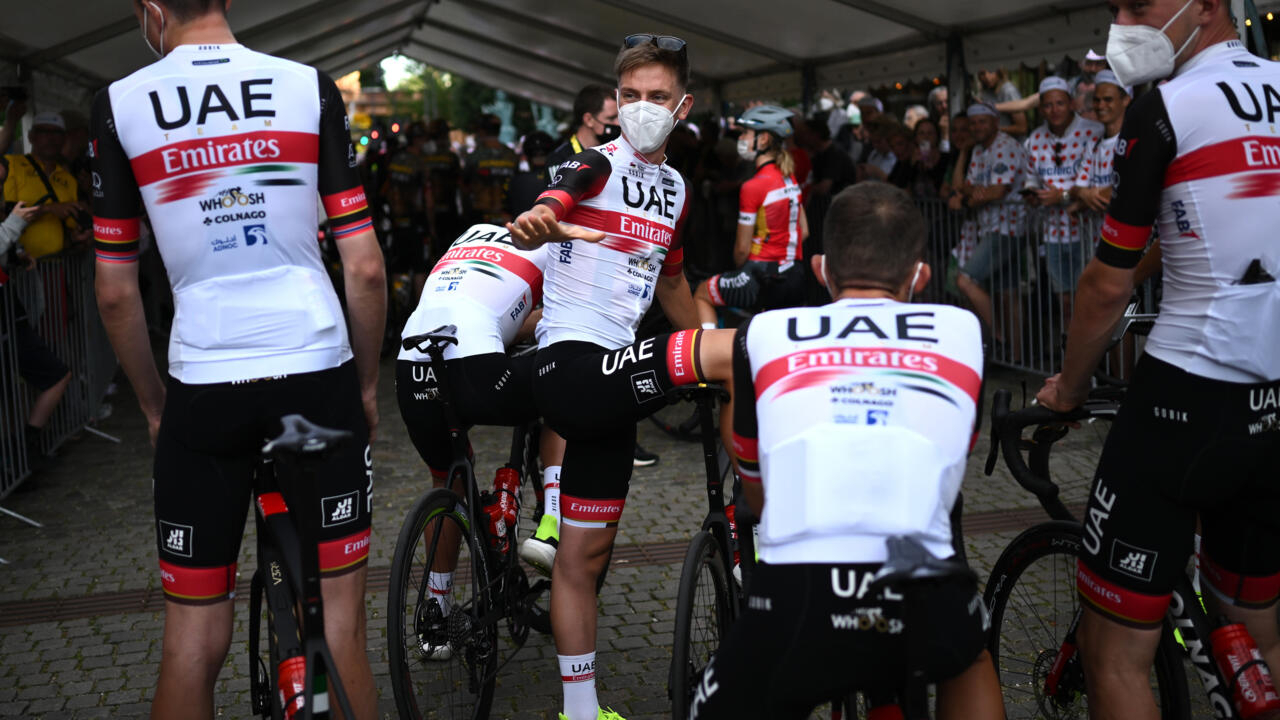 Copenhagen (AFP) – With one day left before the “Grand Départ” of the Tour de France in Denmark, Tadej Pogacar issued a warning to those who hoped to dethrone the double champion.

The world’s biggest bike race sets sail from Copenhagen on Friday and if the 30,000 fans who turned out for the unveiling of the teams on Wednesday is anything to behold the Danish public will be out in force for the opening three stages here.

A confident Pogacar was delighted with this prospect.

“We’re all set, we’ve got a strong team and it’s just a matter of not stressing too much until Friday.”

The opening stage on the streets of Copenhagen can be hit with rain.

“I don’t know what to think about the time trial but I’m ready and I’m sure it’s going to be fast. It’s short and technically difficult,” he said ahead of the 13.2 individual test. km.

“Everyone seems stressed but we are confident,” said the surprise 2020 winner who defended his title 12 months ago.

Jumbo-Visma co-captain Dane Jonas Vingaard said he just hoped to survive the first week rather than attack him.

But his teammate Wout Van Aert, perhaps the best one-day runner in the world, planned to open with a bang after two editions impacted by the Covid-19.

“Wearing the yellow jersey myself at the start of the race was a big goal for me this season,” said Belgian Van Aert, one of the favorites to win the opening stage.

“I was surprised by the number of people on the sides of the road. After two years, we can finally have a Grand Départ with a huge crowd,” he said.

“A lot of people want that yellow jersey, so it won’t be easy,” said Ganna, who won the Giro d’Italia day one time trial in May.

“Now I also want the yellow jersey for my museum,” he said.

2018 champion Geraint Thomas is taking part in his 12th Tour de France and has promised Pogacar, Vingaard and the rest of the contenders that his Ineos team will race aggressively, in the way they have embraced so successfully this season.

On a darker note, Danish police raided the Bahrain-Victorious hotel early Thursday, but after two hours of searching all the team cars, nothing was requisitioned.

Whoever wins on Friday, Saturday’s second stage travels 202.5km from Roskilde to Nyborg along green roads adjacent to fjords and ends with a 20km crossing of the Great Belt Bridge where a second An equally tense fight for the lead is expected.

Some 12 million cars and trucks cross the bridge each year but the 176-man platoon is likely to be subject to strong crosswinds during the sea crossing.

Sunday’s final day in Denmark is a 182km race from Vejl to Sonderborg, a municipality with more than 300km of cycle paths in a country where five times as many journeys are made by bike as by car.

Sheffield emulates Ganna as ‘master of the art of time trialing’