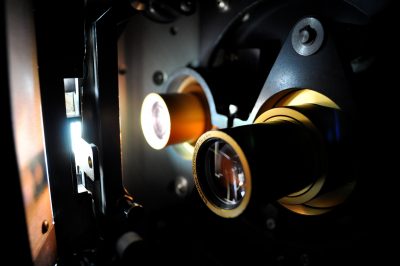 Celebrating international films can open a window to new perspectives and new ideas. Boston University’s â€œLanguage of the Monthâ€ film series at the Educational Resource Center brings that to life.

Each month, the ERC chooses a language and hosts an in-depth community conversation about a famous film in the language. ERC’s Language of the Month program also includes a monthly newsletter and resource guide.

The language featured in September is Korean, and the ERC hosted a discussion on September 30 on the Oscar-winning film “Parasite,” directed by Bong Joon Ho. The film extensively comments on class disparities when the Kim family cleverly manages to cope with it. working for a wealthy but oblivious family.

Yoon Sun Yang, associate professor of Korean and comparative literature and women, gender and sexuality and host of Chinese and Korean, was the speaker for the event. She opened the discussion with a historical overview of the Korean War, Korea-U.S. Relations, and the development of Korean cinema, laying the groundwork for the discussion that followed.

As a longtime researcher of Korean literature and cinema, Yang’s expertise made the conversation even more engaging. Participants shared interesting observations and questions about the representation of the classroom, the mysterious ending of the film, and the depiction of poverty in the film.

â€œOne of the points that came out of the conversation was how little empathy the director seemed towards any of the characters,â€ Yang said in an interview. â€œHe doesn’t romance the poor. He does not glorify the rich either. And he’s just telling the bare truth, the naked reality of society which is defined by class disparity. “

Yang said the impact of the “Korean wave,” which began about two decades ago, has drawn more international attention to Korean films.

â€œIt’s pretty amazing to see the rise of Korean culture steadily,â€ Yang said. â€œBecause the infrastructure of cultural industries in Koreaâ€¦ you can’t ignore it. It is very stable [and] it gets stronger and stronger.

Jim Carter, professor of Italian in the Department of Romantic Studies at the College of Arts and Sciences, attended the discussion on the Korean film series. Carter was the host of the “Language of the Month” discussion last month, where he led the conversation on the 1948 Italian film “Bike Thieves”.

In an interview, Carter said his passion for international cinema drew him to this event.

â€œI’m interested in international cinema, so not just Italian films, but things around the world,â€ Carter said. â€œOne of the advantages of this event is that once a month it brings together students and professors, as well as University staff.

Carter also said he was excited about the discussion of next month’s film.

“[It] establishes a space where we can all talk to each other about something that we’re all passionate about, â€Carter said. â€œThe film has this potential, this power to give us something in common that we can engage with, and that we can also disagree on. “

The language of October is German, followed this semester by Japanese and English.

Yang also stressed the importance of cultural exchanges. She said there is an important link between world cinema and cultural awareness and empathy.

“Culture and literature are really wonderful tools to be more analytical, smarter, and more aware of what’s going on,” Yang said, “because American culture doesn’t stay in America.”

Just as American culture travels beyond its borders, foreign cultures also enter the United States in some way, Yang said, and therefore appreciating different cultures can be rewarding for students.