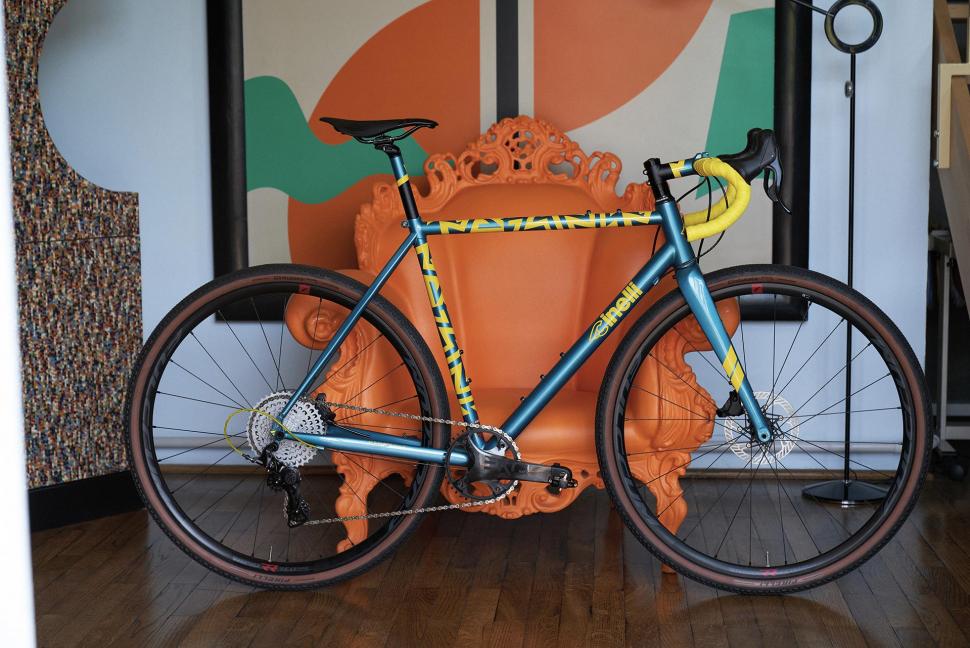 The bike is sold exclusively online at Cinelli Store in a limited edition collection of 30 numbered pieces, in the style of the Italian design master who died in 2019.

â€œAlessandro Mendini and Alchimia met Antonio Colombo’s Cinelli as he began to orient every innovation in bikes and components towards art and design.

“Mendini believed in the hybridization of the arts and this led him to radical design, neo-modern architecture and a calligraphic, coloristic, symbolic, romantic and problematic approach to design.”

Mendini was one of the protagonists of the radical design movement in the 1960s; he was a designer and architect, mixing cultures and forms of expression, from graphics, furniture, painting to writing. Now its iconic geometric patterns come to life as a bicycle.

The frame itself is also 100% made in Italy, with triple butted Columbus Spirit HSS steel tubing formed and assembled for a stiff but compliant ride quality.

The bike was on display at the Antonio Colombo Arte Contemporanea Gallery in Mendini’s hometown, Milan, and on November 5, it heads to London for an exhibition at Rouleur Live.

How these 7 European countries celebrate Halloween