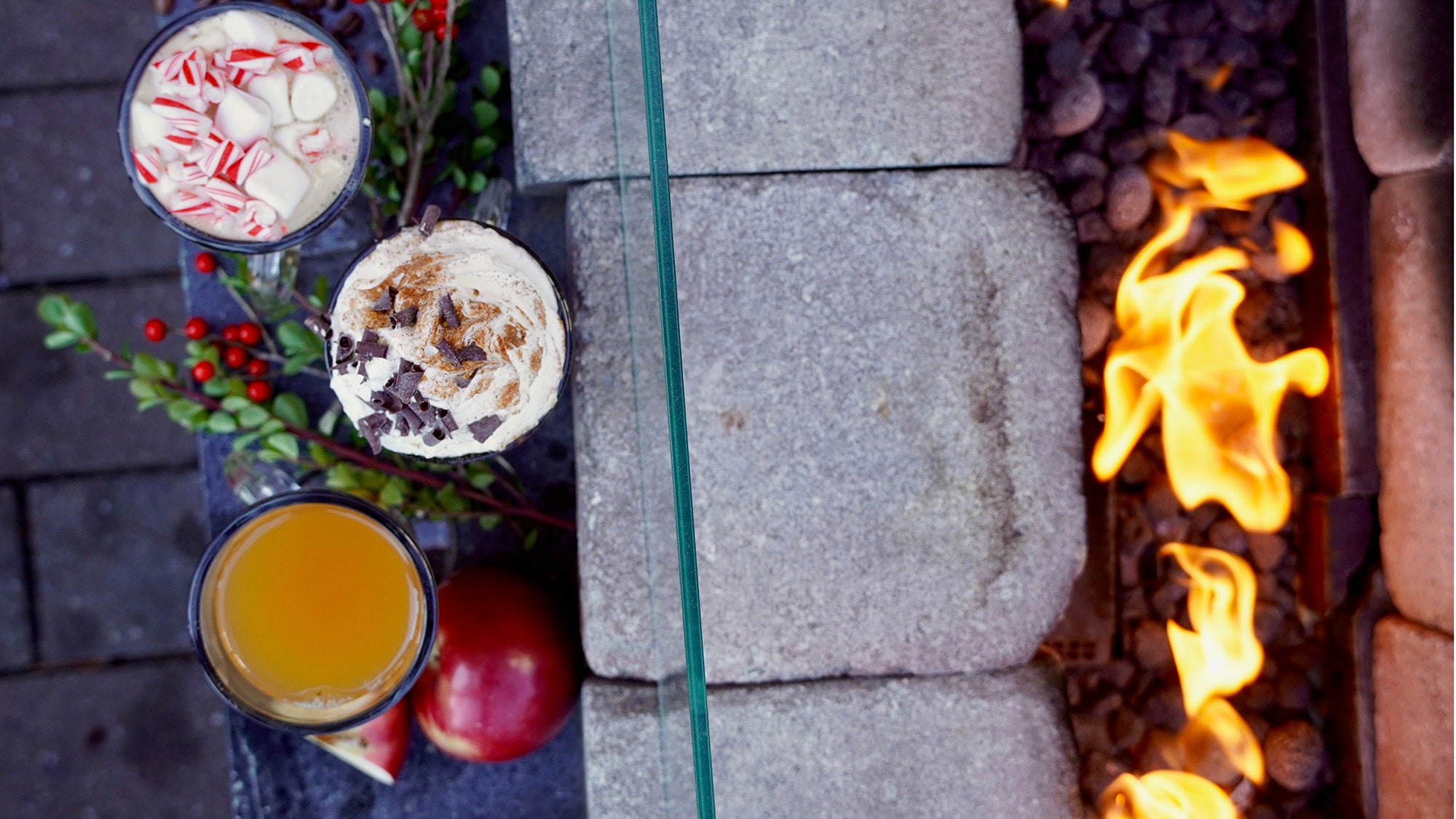 As igloos and fireplaces began to reappear across the city, it was only a matter of time before Boston bars and restaurants began adding hot cocktails to their seasonal drink menus.

Not that we were complaining. There are few things that compare to sipping rum hot chocolate by a fire pit or warming your hands around a hot toddy in a bar while the threat of snow looms outside. And while frozen mai tais and frozen margaritas may miss us for a few months, there’s hot cider to keep our spirits up.

To help guide your next order as the temperatures continue to drop, here are 15 Boston bars and restaurants with hot cocktails to keep the cold at bay.

Hot toddlers are usually made with whiskey, but this West End restaurant gives the drink a twist by using tequila instead. On your next visit, try Tequila Toddy made with aged aÃ±ejo tequila, agave nectar, lime, and hot baking spices, topped with a stick of cinnamon and star anise for garnish. (115 Beverly Street, Boston)

Want to combine your hot cocktail with a sweet sight? Take a seat on the Alcove patio overlooking the Zakim Bridge and order the Wassail, a soothing blend of Ferrand 1840 cognac, apple cider, orange and cloves. (50 Quai Lovejoy, Boston)

Miracle, the Christmas-themed holiday event that is taking over bars around the world, won’t appear at the Kimpton Marlowe Hotel’s Lobby Bar until November 26. In the meantime, you can stop by Bambara, the Cambridge hotel restaurant and bar, for the equally festive Appleseed Sipper. Served hot, the drink is made with red lillet, altos blanco tequila, honey, lime and apple bitters, making it a smooth and fruity cocktail. (25, boulevard Edwin H Land, Cambridge)

This South End coastal Italian restaurant is heating things up with Salvatore Toddy, made with rum, honey and Averna amaro, the latter of which is named after its inventor, Salvatore Averna. (360 Harrison Avenue, Boston)

What else would a hot chocolate at Buttermilk & Bourbon be enriched with if not … bourbon? The South Back Bay hot spot this year has hot chocolate with bourbon, cherry jam and a flambÃ© fluff topping. (160 Commonwealth Ave., Boston)

Seaport Restaurant’s new CYOC (â€œMake Your Own Cocktailâ€) hand warmer series allows patrons to prepare their favorite version of a hot and alcoholic beverage. Choose from a base of hot chocolate, coffee or apple cider, followed by your choice of $ 4 shot: Stoli vanilla, Skrewball peanut butter whiskey, Baileys, Frangelico and other options. Finish it off with a filling of whipped cream, marshmallows, Christmas chips, Heath bar, crushed candy canes or chocolate shavings. (10 Boston Wharf Road, Boston)

At Liberty & MAIN, the recently opened American bistro at Legacy Place in Dedham, chocolate and peanut butter find a happy marriage in this decadent drink. The hot cocktail uses Skrewball peanut butter whiskey, Godiva chocolate liqueur, and Illy coffee, and is topped with whipped cream and cocoa powder. A final garnish: a chocolate munchkin. Who needs dessert after a drink like this? (500 Legacy Place, Dedham)

Publico’s post-ski-style facility, the Lodge at Publico, is expected to return in mid-December. Until then, you can stay warm with the restaurant’s spiked hot chocolate made with Kahlua and Baileys and topped with a good serving of marshmallows. Visiting with a crowd? The drink is also available in a large format cocktail served in a French press carafe. (11 Dorchester Street, Boston)

It’s the season for anything hot, including the festive Hot Apple Cider from Puritan & Co.. The cider is spiced up with brandy, figs, orange peels and winter spices, and it’s the perfect accompaniment to some of the dishes on Puritan’s new fall menu, like a dry-aged pork chop with fall veggies or a squash and honey risotto. (1166 Cambridge Street, Cambridge)

For another boozy version of hot chocolate, consider Rochambeau in Back Bay, where sweet lovers can find Chocolate. Made with amaro and Pernod, hot chocolate is a very grown-up take on a classic cold-weather drink. (900 Boylston Street, Boston)

Harry potter fans, take note: SRV’s Burrabirra was inspired by Butterbeer, a caramel-centric drink that appeared frequently throughout the series. At SRV, Burrabirra is made with bourbon, cardamaro, hot spices, apples, brown sugar and butter, and finished with vanilla and apple whipped cream. (569 Columbus Ave., Boston)

Snowport, the vacation home of the Seaport, returns to the neighborhood on November 19 with an outdoor vacation market featuring 60 small businesses. After you’re done shopping, head to the market’s Tuscan cuisine, where thirsty guests can find cocktails like the espresso train to the North Pole. Featuring Bully Boy Vodka, a double dose of hot espresso, vanilla ice cream and gingerbread, the cocktail is a great tribute to the holiday season. (88 Seaport Blvd., Boston)

Stay up to date on all the latest news from Boston.com