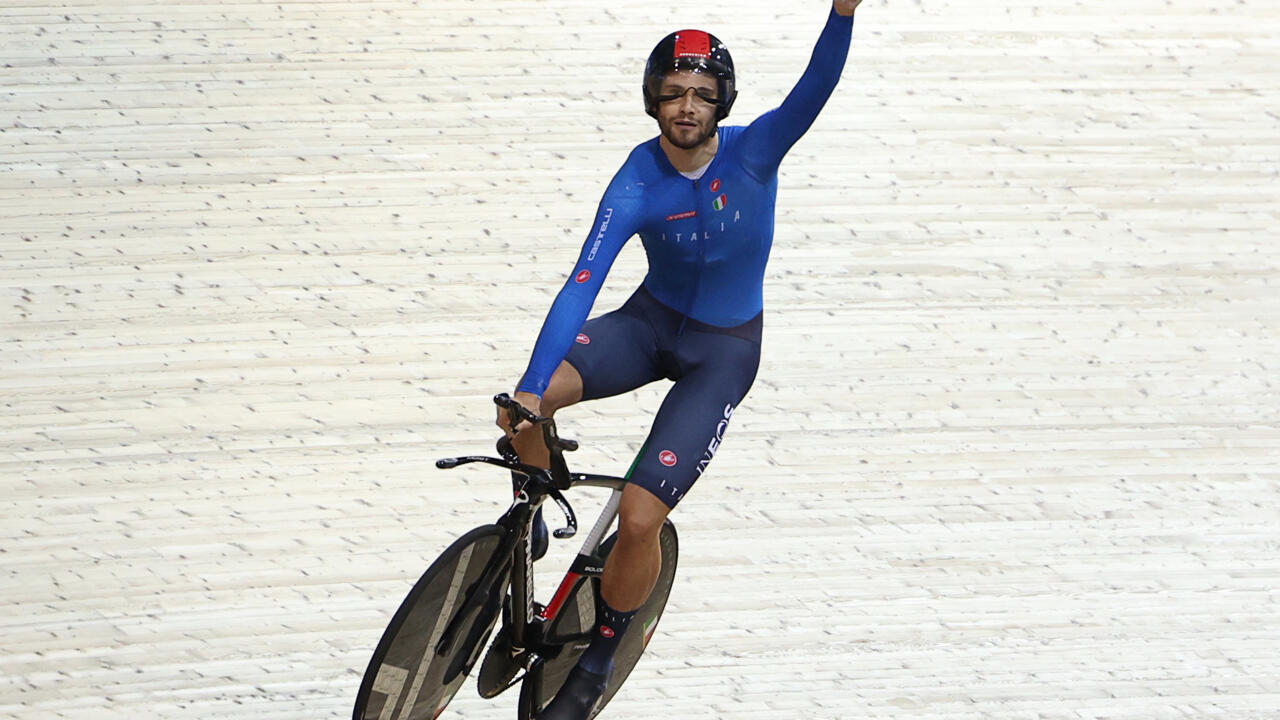 Ganna took gold ahead of compatriot Jonathan Milan, to add to the titles he won in 2016 and from 2018 to 2020, having finished third last year in Roubaix.

The 2020 and 2021 road time trial world champion crowned his triumph by setting a new world record of 3min 59.636sec at the Saint Quentin en Yvelines velodrome near Paris.

The Olympic team pursuit champion had arrived at these worlds on the back of another world brand, breaking the legendary hour record, with 56.792 km on the Grenchen track in Switzerland last Saturday.

The 26-year-old had bettered the surprise record set by Briton Daniel Bigham, performance engineer for Ganna’s Ineos Grenadiers team at the same track last August, which he attempted in order to collect data for the quest for the Italian.

Bigham finished fourth in the pursuit on Friday, beaten by Portugal’s Ivo Oliveira in the bronze medal match.

Hoogland, 29, topped Frenchman Melvin Landereau in the final in an event he won in 2018 and 2021 with Spaniard Alejandro Martinez taking bronze.

Today’s stars are expecting to pass away