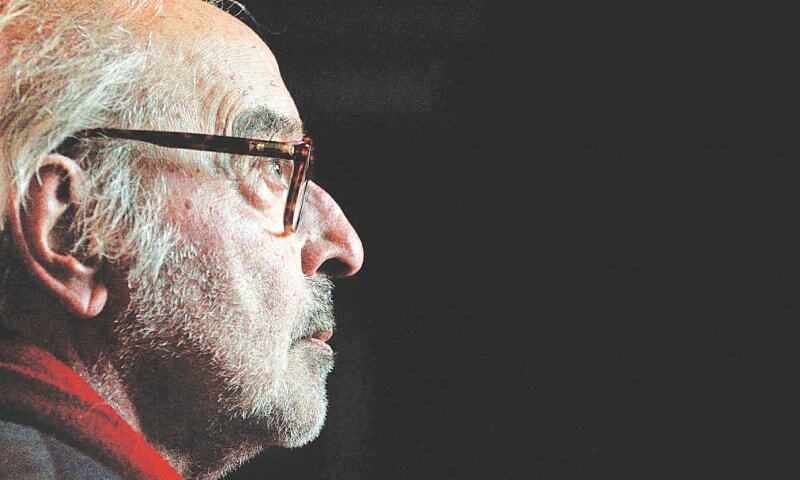 ZOOM: WHAT GODARD TEACHES US – Journal

Jean-Luc Godard died in September at the age of 92. Why should a Franco-Swiss director interest us in Pakistan? Don’t we have enough crime and flooding, gossip and politics to keep us engaged? In fact, he should interest us precisely for these reasons, because he was one of those who taught us many things, including how to face life and understand its challenges.

Godard was born in 1930 and came of age in the 1940s and 1950s – an era of immense devastation during World War II and the start of the Cold War. The events of that time shaped him as an attentive observer of moving objects and as an interlocutor in a dialogue that transformed the artistic and cultural scene of continental Europe. He became one of the most influential filmmakers of the 20th century, with both artistic achievements and financial failures.

To understand Godard is to confront Eisenstein and Orson Welles, the two great inspirations of our French novice of the 1950s. Eisenstein had introduced his theory of editing and his practice of editing in 1925 – when he was still in his twenties. – and had produced such masterpieces as Strike, Battleship Potemkin and October. Welles, at the age of 26, had starred in and directed one of the greatest films of all time – Citizen Kane – with its innovative shots and fantastic storytelling. Now Godard was in his twenties with an overwhelming desire to make a breakthrough.

Besides groundbreaking cinematography and editing, Eisenstein and Welles had something more in common that impacted Godard. If Eisenstein was interested in promoting a proletarian version of reality, Welles was keen to exhibit a capitalist mindset that borders on criminality.

What is there to learn in Pakistan from the life and work of the famous Franco-Swiss director Jean-Luc Godard? In fact, many…

From 1925 to 1955, the world of cinema grew by leaps and bounds. From Soviet socialist realism and Hitler’s propaganda films, such as Triumph of the Will, to American film noir with Humphrey Bogart, from Italian neorealist cinema by Vittorio De Sica (Shoes and Bike Thieves) to Satyajit Ray’s Apu trilogy , all of which attracted Godard – who now felt pregnant with new ideas in cinema.

It can be said that at the end of the 1950s, French cinema was lagging behind in its artistic expression, but not in its film criticism. I say probably, because there had been Jean Cocteau and Robert Bresson who had made quite good films like Beauty and the Beast (1946), Orpheus (1950), Un homme évadé (1956) and Pickpocket (1959 ) – but by then they were already in their fifties. Fortunately, France had film critics calling for a revolutionary change in French cinematography.

Perhaps the most influential French film critic and theorist was André Bazin, co-founder of the famous film magazine Cahiers du cinema. Bazin was a fervent supporter of realism; for him, “realism was the most important function of cinema”, trying to portray the subject truthfully, without artifice and avoiding speculative fiction.

Interestingly, some geniuses seem in a hurry: Eisenstein died aged 50 in 1948; Bazin was even younger, leaving this world at the age of 40 in 1958. Then came Eric Rohmer on the French film scene, taking over the editorial direction of Cahiers du Cinéma and encouraging his young friends, Godard and François Truffaut, to make a transition from from film writing to screenwriting, producing and directing.

And then emerges a group of at least half a dozen outstanding personalities of the cinema in Paris, all in their thirties: Claude Chabrol, Godard, Alain Resnais, Jacques Rivette, Eric Rohmer, Truffaut and, without forgetting a Belgian, Agnès Varda and her French husband Jacques Demy – the couple focused specifically on women’s issues.

This group was highly intellectual in its approach and experimented with innovative ideas and techniques that gave rise to the famous French New Wave. The 1960s became the golden age of French cinema, in particular thanks to the contribution of this group of rebels, so to speak.

Godard, like many of his friends and colleagues, started out as a movie buff. So the first lesson to be learned is that you cannot excel at anything unless you develop a deep love for that art or craft early in life. Godard confessed to having seen hundreds of films at a very young age; and that he did with a keen eye for detail. This allowed him to write critically about the cinema that was evolving after the Second World War. For nearly 10 years, he immersed himself in the intricacies of world cinema and criticized it with passion.

We learn from Godard and his friends that unless you develop an intellectual fiber, it is virtually impossible to expose the shortcomings of an art form. From there, you have to criticize the company itself in an impressive and innovative way.

With Breathless, he breaks with proven conventions. The next lesson we learn from him is that we should try to hear, read and see differently than people normally do. Godard’s approach was different from that shown to us by Soviet realism and Italian neorealism. He taught us to see life from a critical angle rather than a realistic or neo-realistic one. His approach was much more nuanced to reality, which made him different from Eisenstein and Vittorio de Sica, or even Satyajit Ray.

Essentially, he was not a delineator of simple reality as one would expect from a realist or neorealist director or filmmaker. He remained a film critic to criticize life and the world in general. This art he had developed under the wing of his fellow filmmakers who were equally, if not more, involved in similar intellectual endeavors.

The lesson here is that a society needs a group of critical thinkers and creative directors who, with varying degrees of success, can impact society. Looking at Pakistan today, we find such people uniquely victims of injustice and mostly fleeing for their lives.

If a society manages to protect its young enthusiasts from the wrath of the conservative lot, there is hope. These creative and critical minds accumulate knowledge and make it accessible to others; in doing so, they reinforce the transformative potential of young people thirsty for new ideas.

Godard and his friends did all this with productions that were low budget and rich in their aesthetic value. Violating the conventions and rules established earlier by the mainstream was a primary goal that Godard et al succeeded in achieving in a short time, transforming not only French cinema but cinema across the world.

Perhaps the final lesson to learn from him is that you have to be an open skeptic of traditions to play a transformative role. Societies like Pakistan do not allow skeptics to thrive, they target and torture them with impunity, oblivious to the harm their intolerance is doing to the society and its youth.

If we keep repeating the same mistakes and trying to kill those who can show us a different path, we end up in an abyss — and that is precisely what we have done.

Interested readers can search the Internet to find out more about Godard.

The author can be contacted at [email protected] He tweets @NaazirMahmood