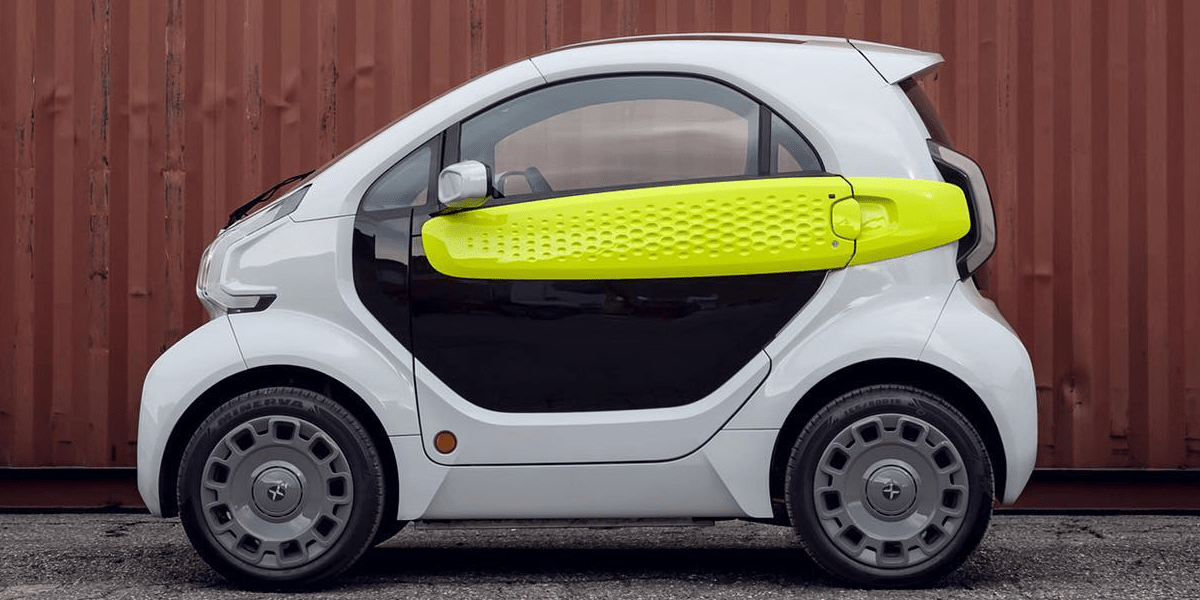 Italian start-up XEV unveiled the production version of its small, 3D-printed electric car Yoyo at IAA Mobility. Sales are now also starting on the domestic market in Italy. At 13,900 euros minimum before subsidies, the prices are much higher than initially announced.

When the Yoyo was first unveiled in the spring of 2018, it was still said that the L7e-class mini-vehicle would initially be released in the Chinese market. This was reported by Chinese media at the time, but there was never an official statement.

China was the logical choice of location as XEV builds the Yoyo with Chinese suppliers. But it is now clear that the electric vehicle will initially be offered “in all major European markets”. First and foremost in Italy. There, the Yoyo will cost from 9,900 euros after promotion. At the end of 2019, the Turin manufacturer announced its intention to offer a price from 7,995 euros in Europe.

Let’s take a look at the technical data of the two-seater, which is 2.53 meters short and weighs only 450 kilograms (without battery): The Yoyo is driven by a permanent synchronous motor on the rear axle, which offers 7, 5 continuous and 15 kW peak power. This is combined with a replaceable 10.4 kWh 77 volt LFP battery. In this configuration, the Yoyo is supposed to travel up to 150 kilometers, but according to the test cycle known as Urban Dynamometer Driving Schedule, or UDDS for short. An authoritative standard for city traffic, but unrealistic for everyday use. XEV specifies a top speed of 80 km / h. The numbers differ somewhat in some places. In some places, the figures differ somewhat from those announced for 2019. At the time, a higher peak power was expected, but also a lower energy content of the battery.

Meanwhile, the Yoyo’s architecture consists of a steel frame, while many parts of the bodywork and interior are made by 3D printing. As a result, the compact BEV also has a high plastic content. Other features include a panoramic roof, a 160-liter mini trunk, and 14- or 15-inch wheels. XEV puts the total allowable weight at 850 kilograms, with the battery weighing 75 kilograms. Interestingly, the Yoyo is taller than it is wide. The full dimensions are 2,530mm long, 1,500mm wide, 1,560mm high and a wheelbase of 1,680mm.

The model can be charged either via a grounded outlet or via a Type 2 connection – the process of charging 30-100% on the latter is said to take a rather long four hours. However, XEV wants to create an alternative battery exchange system so that empty batteries can be exchanged either at the appropriate stations, through a bookable mobile service, or manually. The 10.3 kWh energy storage system consists of three 25 kilogram batteries, easily accessible from the rear of the mini-vehicle and for which XEV offers a three-year warranty.

To create a stationary exchange system, XEV has just signed an agreement with the service station operator Eni. According to the agreement, the “sustainable and efficient urban mobility solution will be available at certain Eni service stations in the coming months”. Part of the deal is also that the Yoyo will be part of the Enjoy fleet, Eni’s carsharing service, from 2022.

In terms of looks, XEV plans to offer vehicle components in a range of different styles, making it easy to customize the Yoyo. Among the highlights of the equipment, the start-up mentions a digital speedometer and a 10-inch infotainment touchscreen in the cockpit, as well as air conditioning.

No regrets for Ganna after silver at European Championships