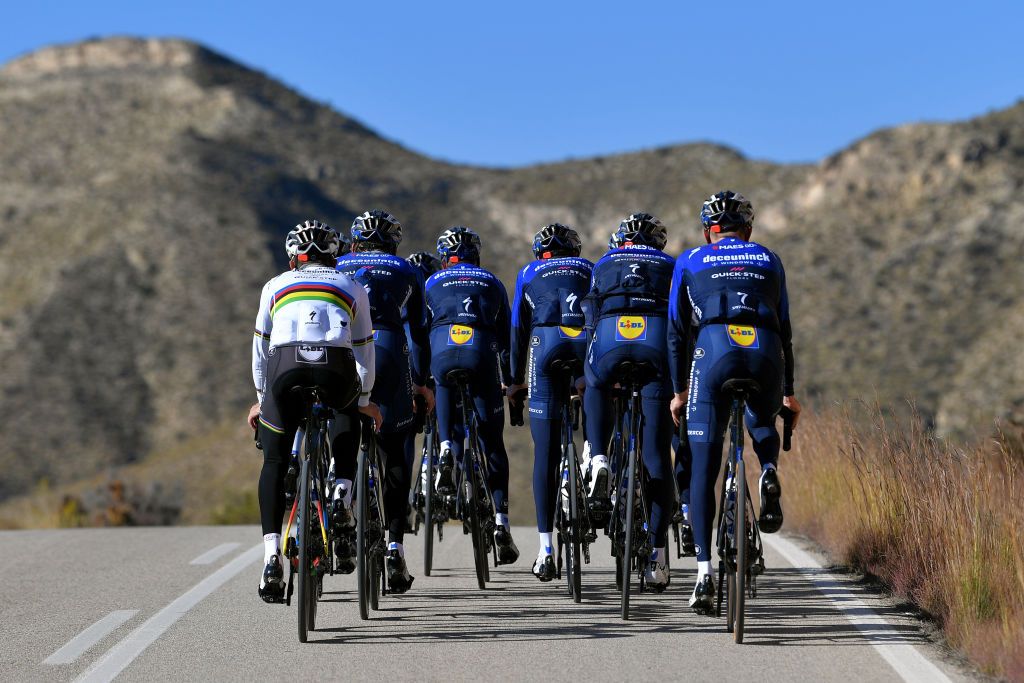 WorldTour teams travel to Spain to speed up preparations for 2022

The days of summer vacations, unhealthy diets and award ceremonies are over. Two months from the start of the 2022 season, it’s time to get down to business.

Training camps in December are usually the only time the whole team will come together before hitting the road for a new season. The only justified absences are the runners in Australia or New Zealand, even most South American runners should travel to Europe to spend time with their teammates.

The coming week will see a large number of teams travel to Spain to start their first winter training camp and their first structured step to success in 2022.

As The Gazzetta dello Sport Recently highlighted, the 18 WorldTour men’s teams already confirmed for 2022 will be holding December camps in Spain. Many will travel to Altea, Calpe, Alicante and Valencia on the central Mediterranean coast for a 10-14 day block.

Ineos Grenadiers will be back in Mallorca from December 10 to 17, with some riders arriving earlier, while the men’s and women’s teams of the DSM team will meet near Girona after their virtual team presentation on December 10. EF Education-Nippo has more informal plans, with a few runners staying in the US, while others will train near their Service Course in Girona.

Spain’s east-central coast near Calpe has attracted an increasing number of teams in recent years due to the generally dry and mild weather. Leggings may be required, but an average maximum daytime temperature of 17 Â° C and just four days of rain on average in December provides excellent training conditions.

Many ProTeams and women’s teams will also be in the region, especially in January, such as Remco Evenepoel choosing to rent an apartment in the region for the whole winter to escape the cold and the controversy of the cycling mad Flanders.

The south of France, Tuscany or the Ligurian coast was once the prime location for training camps but Spain has become more attractive, offering teams cheaper or free accommodation, while the routes are considered more safe because there are few tourists at this time of year. The different terrain along the coast and in the hills is ideal for winter training, with the six kilometer long Coll de Rates, one of many climbs used for specific testing and training.

According to Astana sports director Giuseppe Martinelli, the Kazakh team has a hotel package that costs just â‚¬ 60 per person per day for full accommodation. Their usual four-star hotel is crowded in summer but deserted in December except for a swarm of cycling teams. It has a gym, meeting rooms, flexible meal times and ample parking for mechanic trucks. Air travel to the region is easy from most parts of Europe.

During their stay in Spain, riders will start to accumulate serious hours in the saddle and also spend long hours in the meeting rooms, with the sport directors to work out their 2022 race schedule, undergo tests and training sessions of basic stability, sessions with the dietician, doctors and biomechanics.

Riders and staff, especially new hires, will also be spending time with sponsors and technical partners to put together their equipment and understand what they are all doing. Christmas arrives early and runners and staff are given suitcases full of new gear and clothing for the 2022 season.

While some brands are struggling to supply bikes and components due to the global shortage, most riders will be able to test their 2022 bikes at the December camp even if they can’t post images on social media. The Ineos Grenadiers riders should switch to disc brakes.

Most of the official team photographs are taken during the December camps, with the photos of the runners being taken indoors and outdoors. The new recruits are careful not to see them on their new bikes and in their new colors to avoid a fine from their current team, which, according to the rules of the UCI contract, pays them until 31 December.

Some riders may be injured or busy with cyclocross and track races, but they will need to attend camp. Mark Cavendish will need several weeks without a motorcycle to fully recover from his injuries following an accident at Gent Six Day. He can’t fly after suffering a lung injury, but team manager Patrick Lefevere has made it clear that Cavendish will be in Spain, where he may also sign his 2022 contract.

“Mark will be there but is not yet cleared to fly due to his injuries, so he is driving to Spain,” said Lefevere, explaining the importance of the December camp.

â€œThe runners have an activity program from 8 am to 8 pm with obligations, exercises and tests. The first few days they will hardly be riding their bikes but we want them to be there.

Quick Step-Alpha Vinyl, as Deceuninck-QuickStep will be known in 2022, will be one of the first teams to settle in Spain this year. Julian Alaphilippe, Cavendish, Evenepoel, Kasper Asgreen and the others will once again be in Calpe for much of December to lay the groundwork for their 2022 season.

Tour de France winner Tadej Pogacar and his UAE Emirates team-mates will be in Alicante from December 5, while Bahrain Victorious will be north of the Calpe title at Oliva from December 12. BikeExchange will also be spending time in the area, as will Trek-Segafredo. , the TotalEnergies team of Peter Sagan, Gazprom and IntermarchÃ©.

Ineos will be in Mallorca to take the same routes they have trained on for the past decade, but is expected to move to Alicante for his January camp. Filippo Ganna is trying to get a head start by spending time with his Italian teammates on the track in Gran Canaria, while Bernal and Richard Carapaz will come from Colombia and Ecuador.

The December meeting is expected to see a final decision on their Grand Tour ambitions for 2022. According to reports in Italy, the two would like to be Tour team managers, with Bernal preferring to be the sole leader. Carapaz could be headed to the Giro d’Italia where time trials are limited, with Tom Pidcock already confirming that he will ride the Corsa Rosa in 2022.

Astana hosted his team’s presentation in Kazakhstan on Friday and will travel directly to Spain for a camp in Altea until December 20, where Vincenzo Nibali, Gianni Moscon and Joe Dombrowski will spend time with their new teammates.

Jumbo-Visma has chosen to stay near Girona in December, from December 13 to 21. Wout van Aert and Marianne Vos made their cyclo-cross debut this weekend in Belgium, but will travel to the team’s camp after racing the World Cup in Val di Sole on the snow in northern Italy December 12.

Pidcock and Van der Poel will also combine road training and cyclo-cross racing. Pidcock made his cyclocross debut at Boom, then traveled to Mallorca for a five-day block of road training. He will then fly to Italy for the Val di Sole race, then possibly back to Mallorca before heading to Belgium for an intense block of delirium during the holidays. He will participate in the January camp of the Ineos Grenadiers before two European cyclo-cross finals and the world championships in Fayetteville, USA on January 30.

December marks the start of preparations for the new season and there will be little respite until the end of October and the final races of the 2022 road season.

What happened during the Pope’s trip to Greece