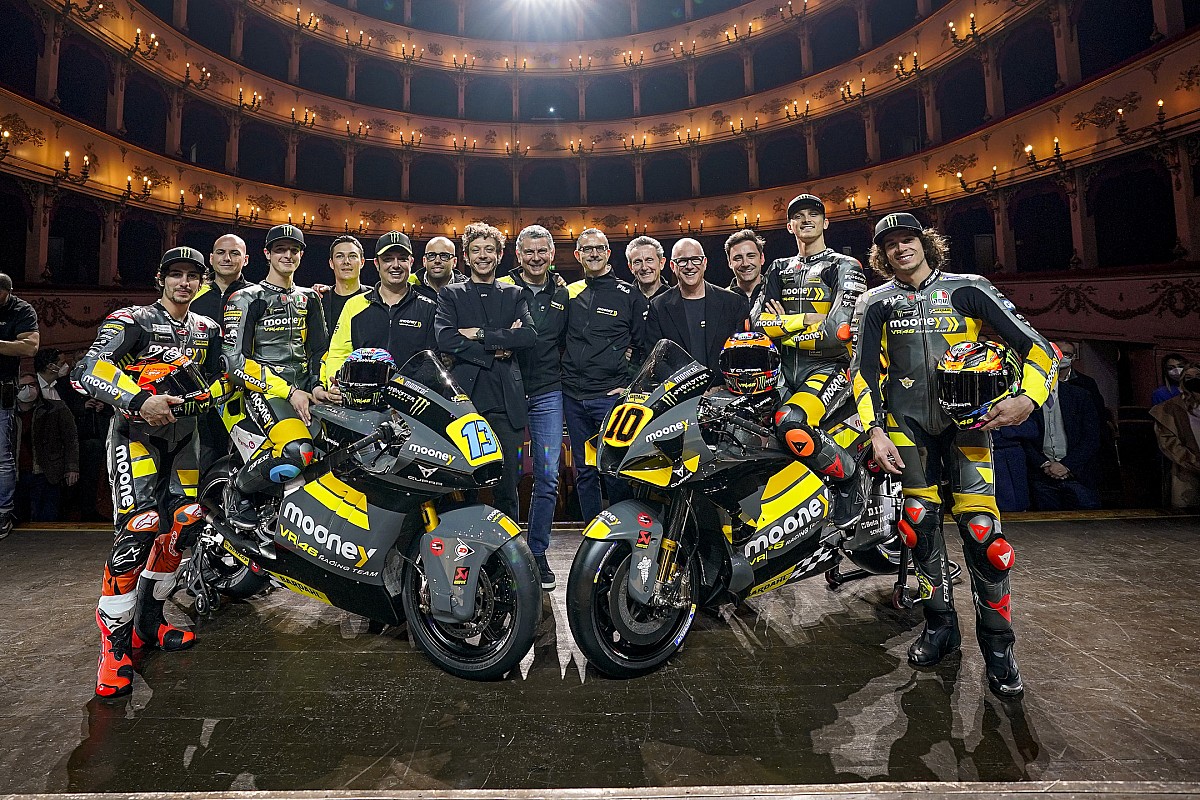 Valentino Rossi’s VR46 Racing team boss Pablo Nieto has explained that his alleged title sponsorship deal with Aramco fell apart “because of the timing” of the contract.

MotoGP legend Rossi’s team will move up to the premier class in 2022, having raced in Moto2 and Moto3, and led Luca Marini’s side of the Avintia garage in 2021.

When VR46’s MotoGP step-up was first announced, it was done via Saudi-based company Tanal Entertainment – which at the time said oil giant Aramco would sponsor the team.

Aramco denied this in a statement to Motorsport.com, saying: “Aramco confirms that it has not signed a strategic agreement with the MotoGP VR46 team or any of the other MotoGP subsidiaries.

“Aramco has never had a business relationship with Tanal Entertainment, MotoGP or any other MotoGP team.”

VR46 and Rossi insisted for much of 2021 that a deal with Aramco had been reached, but announced in early 2022 that its title sponsorship would come from Italian banking firm Mooney.

Asked by Motorsport.com after VR46’s official 2022 launch on Thursday why his deal with Aramco fell through, team boss Nieto claimed a deal was signed but fell apart due to timing issues .

“Yeah, as everyone knows, we signed a contract with them,” Nieto said of Aramco.

“But I think the timing was completely different from what we needed.

“That’s why we decided to continue our line, let’s say, and then we found Mooney.

“It’s really important for us, because as everyone knows, we have already signed the contract with Aramco.

VR46 had a solid finish to pre-season testing in Indonesia earlier in February, with Marini being the fastest Ducati rider on his 2022-spec bike in third on the combined order.

Looking ahead to the next 2022 season, which starts on March 6 in Qatar, Nieto hopes that VR46’s first year in MotoGP can continue the same “DNA” he had in Moto2.

“We are doing a very good test,” added Nieto.

“But we know our goals, we know we can have a good season.

“We know that Luca has more experience with the MotoGP bike then Marco. [Bezzecchi] arrives as a rookie.

“I think we can have a very good season because we can work together, and I want to continue working with the same DNA that we had in the past in Moto2.