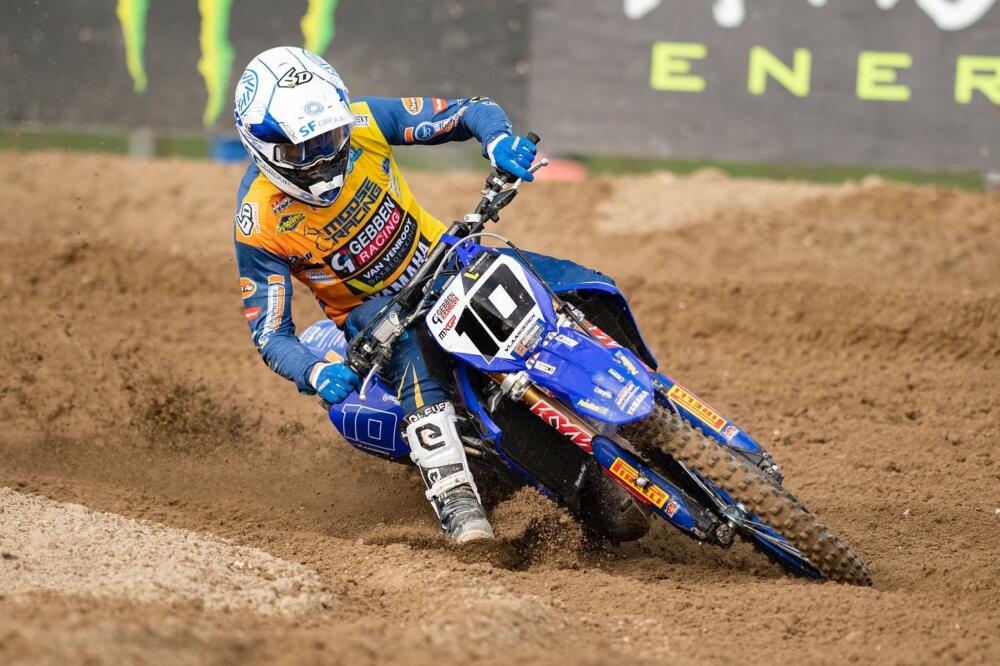 Vlaanderen and Jasikonis on Mantua

Attention quickly turned to Round 2 of the MXGP World Championship after the season opener in the UK. An Italian track, Mantova hosted round two – a track that MXGP riders are very familiar with having raced there extensively over the past two years. However, the track was different and tougher than usual as the dry weather meant the terrain wasn’t as soft and sandy. The track offered a very different challenge to the Matterley Basin circuit which hosted the first round.

The weekend started very well for Arminas Jasikonis who was back on track which saw him have his serious incident in 2020 but he well and truly put that behind him. The Lithuanian impressed in the qualifying race to finish ninth. Things didn’t go as well for Calvin Vlaandern after a crash and tangling with other riders saw him DNF the race meaning he had the last gate pick for the main races, which is far from ideal.

In the opening race, as expected, Vlaanderen didn’t get off to a good start due to his poor gate choice, but he fought his way through the peloton. Moving from eighteenth to eleventh, the pace was good until he lost a position towards the end of the race, but twelfth was a good recovery run. Jasikonis had a top ten start but unfortunately crashed and decided to retire from the race to focus on the second moto.
Similar to moto one, Vlaanderen was seventeenth after lap one but crashed on lap four which dropped him to twenty-fourth – after that he rode well to climb back to seventeenth, this may not be the results he wants but he certainly has the speed to mix it up in the top ten. There was carnage around the first corner which saw Jasikonis fall and have to start last, but he was able to return to a points-scoring position to finish nineteenth.

The team will now have a few weekends off and return ready for the fourth round of the series in Portugal – the team has decided not to make the long and expensive trip to Argentina and will instead spend time on the practice tracks to improve for the rest of the championship.

Calvin Vlaanderen (13th overall): I felt pretty good with the track and the bike on Saturday. But I made it harder for myself by having the last grid pick for Sunday’s races after a hard crash in the qualifying race. I hit my shoulder, but I tied it up and it was fine for Sunday. I did what I could from the start but it was a challenge to fight through the peloton, I came eleventh in the first race when I struggled in the last two laps and I I finished twelfth. Second race, I was crossing the peloton again when I crashed and lost many places, so I had to do all the work again to pass the other riders. We will take the next few weeks to improve on the bike and with myself. I hope that in Portugal I can return to my normal state.

Arminas Jasikonis (22nd overall): On Saturday I started to progress through the day and got ninth for Sunday’s gate pick and I looked really positive for today but yeah… In the first run , I had a good start in the top ten but on the second lap I crashed, which made things harder. I decided not to complete the first run to give some extra time to rest the hip I hit. The second moto started again with a first lap crash and then I just tried to ride as good as I could. The weekend was definitely not what I would have liked to have, but I take it as a learning day. Of course, there are positives to be had. Now we’re just going to have a good few weeks of prep and try to reboot and be more on it!