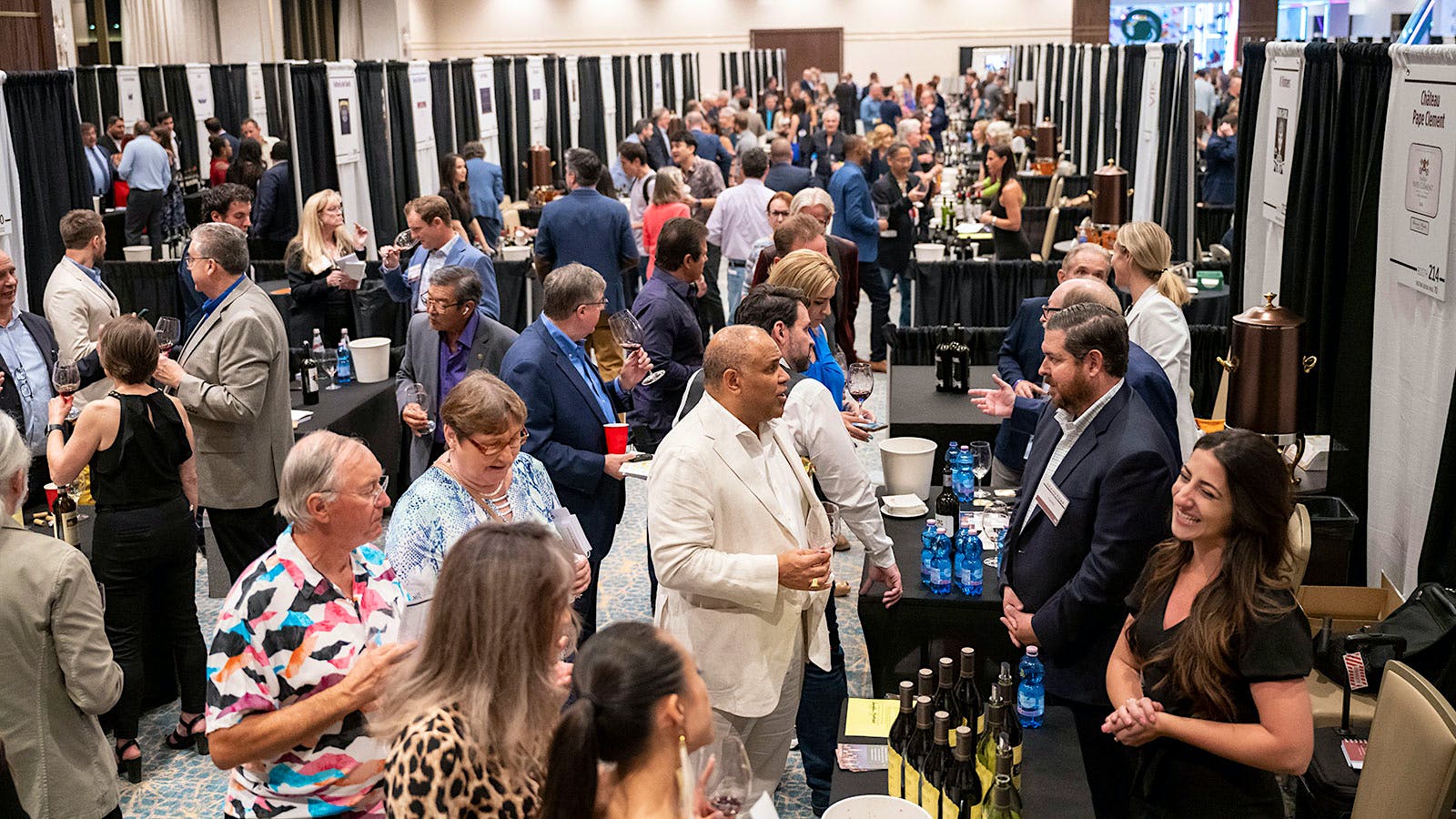 Vegas Vibes: Highlights from the launch of the Wine Spectator Grand Tour 2022

More than 1,000 wine lovers gathered on June 4 to wine spectatorthe first stop of the Grand Tour 2022, in Las Vegas, to taste more than 200 exceptional wines from around the world. Crowds gathered around the Orin Swift Cellars booth, tasting the winery’s Eight Years in the Desert red blend. Excitement was further fueled by wine spectatorJune 30 issue cover story about Orin Swift founder Dave Phinney.

“Wine lovers are so intrigued by Dave’s story, and this event is an opportunity to connect with them and have conversations about Orin Swift, and tell the stories of all of our wineries,” said said Ebony Hurwitz of E. & J. Gallo, who bought the brand in 2016. “There are so many different levels of wine knowledge here, but everyone is so curious to learn and so eager to ask questions. .”

The stunning new venue was also a big hit with guests and producers. The first major resort to be built on the Las Vegas Strip in over a decade, Resorts World is a 117,000 square foot casino with 70,000 feet of shopping and over 40 restaurants and bars, including a Las Vegas branch of Wally’s, the Beverly Hills wine store and restaurant that holds a wine spectator Great price.

“It’s fantastic to be back in Las Vegas – and in such a spectacular new place – to reconnect with so many friends and meet new ones,” said Christian Wylie, general manager of Bodega Garzón in Uruguay. “We’re introducing our 2021 Albariño Reserva for the first time, and it’s amazing to see people’s reactions when they taste it and to hear people coming from this place they might not know.”

For Port enthusiast Gerry Basselo from Las Vegas, the highlight of the Grand Tour was the sheer number of Vintage Ports, including Taylor Fladgate 2018, Graham 2016 and Croft 2007. He headed alongside the Australian section to tasting the 2019 Penfolds RWT Bin 798 and then to South America for the 2018 Catena Zapata Malbec Altamira. “This is our third Grand Tour,” said Basselo’s wife, Marilyn. “My favorite thing about this event is the ability to taste different wines side-by-side so I can figure out what I like.”

Some returning participants came with a real purpose, discovered wine spectator editor MaryAnn Worobiec. “I spoke with two guests who were taking this opportunity to check out the wines they had in their own cellars to see how they were aging,” Worobiec said. “One had also brought his new son-in-law to introduce him to his favorite wines; it’s wonderful to see families using the Grand Tour as an opportunity to share their passion with the next generation.

Strategizing: Guests consulted a map of tasting areas to decide where to go next. (Jacob Kepler)

Others were there just to have fun and learn. “What I like about this tasting is that I don’t have to buy anything. I came to have fun,” said Jan Kowski, a Las Vegas rare coin dealer who was there with his friend, Frank Falgiani, also from Las Vegas. “I can taste great wines and meet people from all over the world,” Falgiani agreed. “I generally prefer Italian wines but was pleasantly surprised by the 2017 Torres Priorat Salmos. When drinking it, it tasted like Spain.”

Winery owners were as impressed as attendees with the wide range of wines on offer. “There is an extraordinary range of wines here. It’s amazing and so much fun,” said Rebecca Birdsall, co-founder of Black Kite Cellars of Sonoma, who was pouring the 2018 Black Kite Pinot Noir Gap Crown Vineyard. that you will find elsewhere.”

“It’s so nice to be back,” said Alex Guarachi, founder of Guarachi Family Wines. “After a very difficult few years, people are really excited to taste with us and discover the wines we produce.” Gaurachi was pouring their 2018 Meadowrock Vineyard Cabernet Sauvignon. “As a new winery, many people are getting to know us for the first time at this event, and building new relationships with wine lovers in person is what I love to do. .”

The 2022 Grand Tour will make two more stops, in Washington, DC at the Ronald Reagan Building on June 10 and in Hollywood, Florida at the Seminole Hard Rock Hotel & Casino on June 18. Buy your tickets now at GrandTour.WineSpectator.com

A newcomer to Wine Spectator events, Malek Amrani, co-founder and winemaker of The Vice, served a 2019 Napa Cab. (Jacob Kepler)

Time to ease sanctions on US enemies to fight rival Russia?

Former Italian restaurant in Oldham, the site of an 18-bed HMO