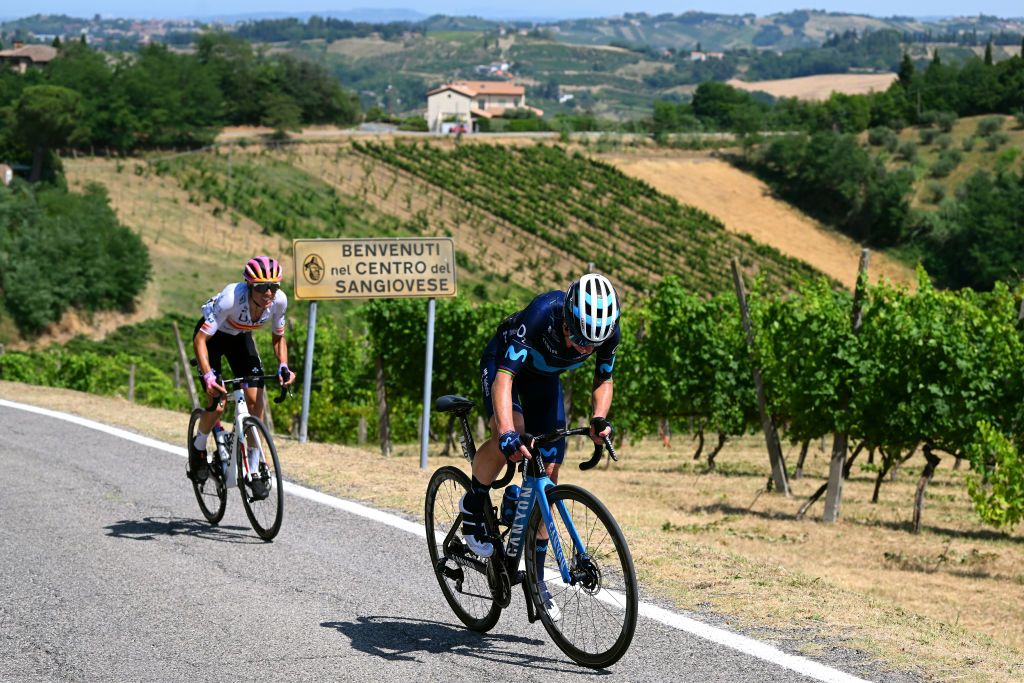 “That was fucking hard!” Annemiek van Vleuten reacts after winning stage four of the Giro Donne

“That was fucking hard!” says Annemiek van Vleuten between two sips of water and a recovery drink, while taking off her helmet.

Sheltered from the harsh Italian sun in the shadow of Cesena’s Rocca Malatestiana castle, the world’s best stage racer was recovering from his victory on day four of the Giro Donne. It was a win that propelled her to the top of the overall standings and towards her ambition of claiming a third title in the 10-day Italian race.

It was a consummate win, but perhaps not the kind of win we’re used to seeing from the 39-year-old. She created the winning stroke on the second of three ranked climbs, turned up the heat on the descents, then tackled her fellow breakaways.

But, unusually, she didn’t come to the line alone, rather she had to use her head to get the most out of her legs. in a move reminiscent of her win at Omloop Het Nieuwsblad in the spring, she forced Mavi García (UAE Team ADQ) up front, passing her on the final corner and then opening her sprint to give her Spanish rival a second.

But that wasn’t the plan. At least that wasn’t the case when she saw the road book before the race. It was the road reconnaissance after arriving from the opening three stages in Sardinia that made her think she had to do something, if only to defend herself.

“I saw some crazy descents,” she said in a TV interview after the race. “We have Johan Cruyff in the Netherlands, the famous footballer, and he always says attacking is the best way to defend and that’s what I did today. I thought it was easier if i was attacking and i could do the downhills easily so the idea was more to stay safe and stay out of trouble today but then i saw i had a gap and i had to go .

Podium finished, race leader’s jersey received and an endless warm-up on the turbo later, the Movistar rider was back for interviews.

“Also for me I like to attack and for me riding in GC is boring if I have to wait all day, so yeah I had that opportunity and I took it.”

The stage result devastated the GC. On Monday morning, the gap between first and 100th place was only 1-51, now Elisa Longo Borghini is five minutes behind Van Vleuten in fourth place. And while García is only 25 seconds behind, and Marta Cavalli (FDJ-Nouvelle Aquitaine Futuroscope) is 57 seconds away, surely the GC is surely decided.

“I leave that to the journalists, for me it’s day-to-day focus. Anything can happen in a stage race”

And it’s done. In 2017 she lost 1-59 in crosswinds in the fourth leg of the 2017 race, eventually finishing third, 1-39 behind maglia rosa. “[I will be] super attentive, for sure it’s a little easier to defend and maybe less exciting for the GC.

Van Vleuten hasn’t had the best years, at least not compared to her normal dominance, and then there were a few injuries that meant that when she started the Giro time trial last week, it had not raced since its dominant victory at Liège-Bastogne-Liege. However, she warned that despite Monday’s performance, she was still not at her best physical level.

“I just came back from altitude just before the prologue, I flew straight from Livigno, so I’m not in my best shape. The altitude effect is at its peak two weeks after your return and it will continue for four weeks, so I will do it after the Tour de France.

“The most difficult element is to recharge mentally, because for me it is difficult to recharge for another stage race. But with a great stage race as the Tour de France approaches, it’s not hard to re-motivate yourself.

The Giro may be gone, those with Tour de France Women ambitions should be scared. Very scared.

Last day of the Stone King Rally: results and photos