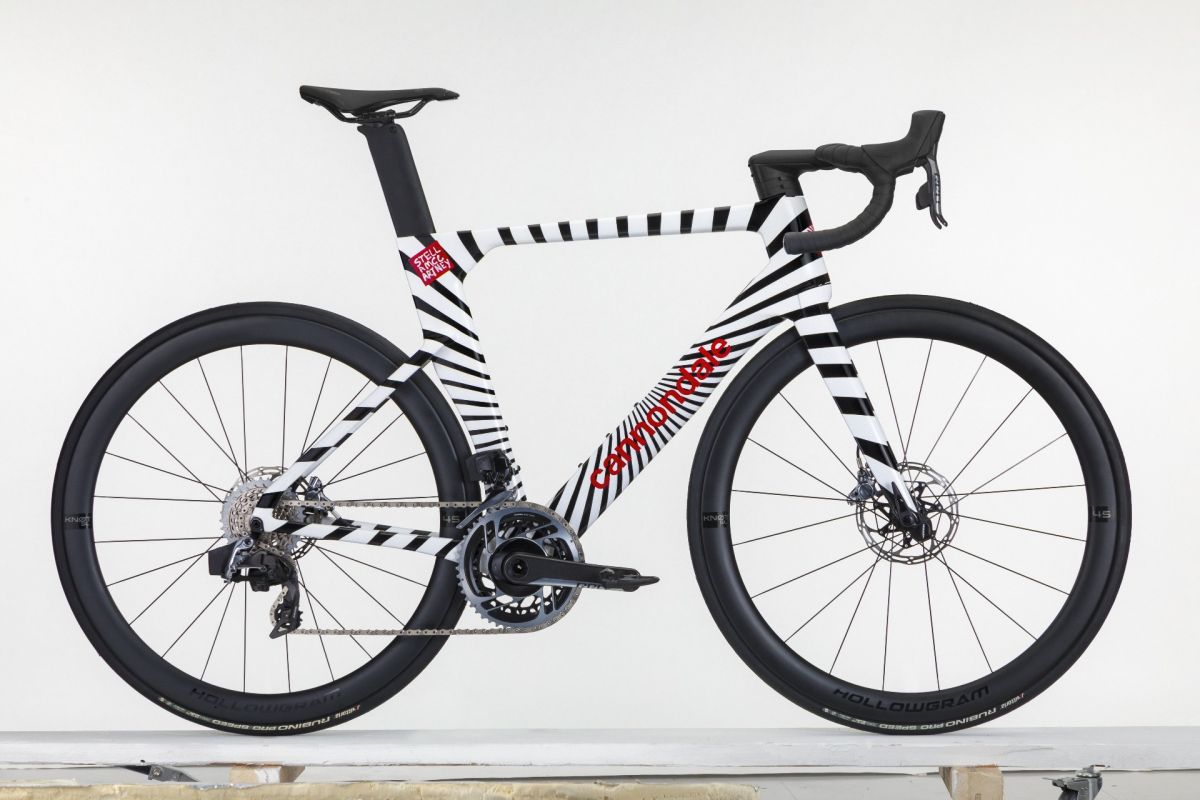 British fashion designer Stella McCartney has teamed up with Cannondale to create a series of limited edition bikes featuring hand-painted designs by three emerging artists from around the world.

Ed Cutis in London, Myfawnwy (Maisie Broome) in New York and Tom Tosseyn in Antwerp have all worked with McCartney on his fall / winter 2021 range and have now applied their artistic vision to three of Cannondale’s latest bikes: the SystemSix, the SuperSix EVO and EVO CX.

The project came to fruition thanks to McCartney’s love for cycling and a shared vision with Cannondale. Billed as a “celebration of the spirit of self-expression and creativity,” the 18 hand-painted bikes feature bold graphics and distinctive colors, helping to reinterpret three of Cannondale’s most recognizable machines.

â€œAs a longtime cyclist and as someone who uses their bike every day to commute to work, I couldn’t be more excited for my new shared trip with Cannondale,â€ says McCartney. “The bikes we have created embody our shared values â€‹â€‹and vision – combining beauty and desirability with a sense of responsibility to the next generation”

The bikes will not be available for sale and their production is not planned. However, the bikes will be on display at four of Stella McCartney’s flagship stores in London, New York, Shanghai and Tokyo with a chance for one lucky winner in each location to win one of the limited bikes.

Cannondale is no stranger to interesting collaborations resulting in distinctive looking bikes. At Giro d’Italia 2020, as suppliers to the EF Racing team, their bikes were adorned with bold graphics born from the design partnership between Rapha, the team’s kit sponsor, and Palace, a skateboard brand based in London.

Contrary to tradition, the end result, a wild tie-dye inspired act, was not to everyone’s liking and resulted in the team being fined for not following official racing kit guidelines. However, the image of some of the world’s best runners competing in helmets designed to resemble cartoon ducks will be remembered for a long time.

In fact, bike makers who team up with artists are nothing new. Italian brand Cinelli continued its long-standing association with New York graffiti legend Futura with a recent clothing line inspired by the artist’s love for road racing and his background as a bicycle courier at New York in the late 1980s.

Upon returning to racing in 2009, renowned art collector Lance Armstrong rode a bicycle painted by Brooklyn-based street artist KAWS during that year’s edition of Milan-Sanremo. In a project called STAGES, the Texan continued to run on machines decorated by Damien Hirst and Shepard Fairey. The bikes were then auctioned off to raise money for Armstrong’s Cancer Charities.