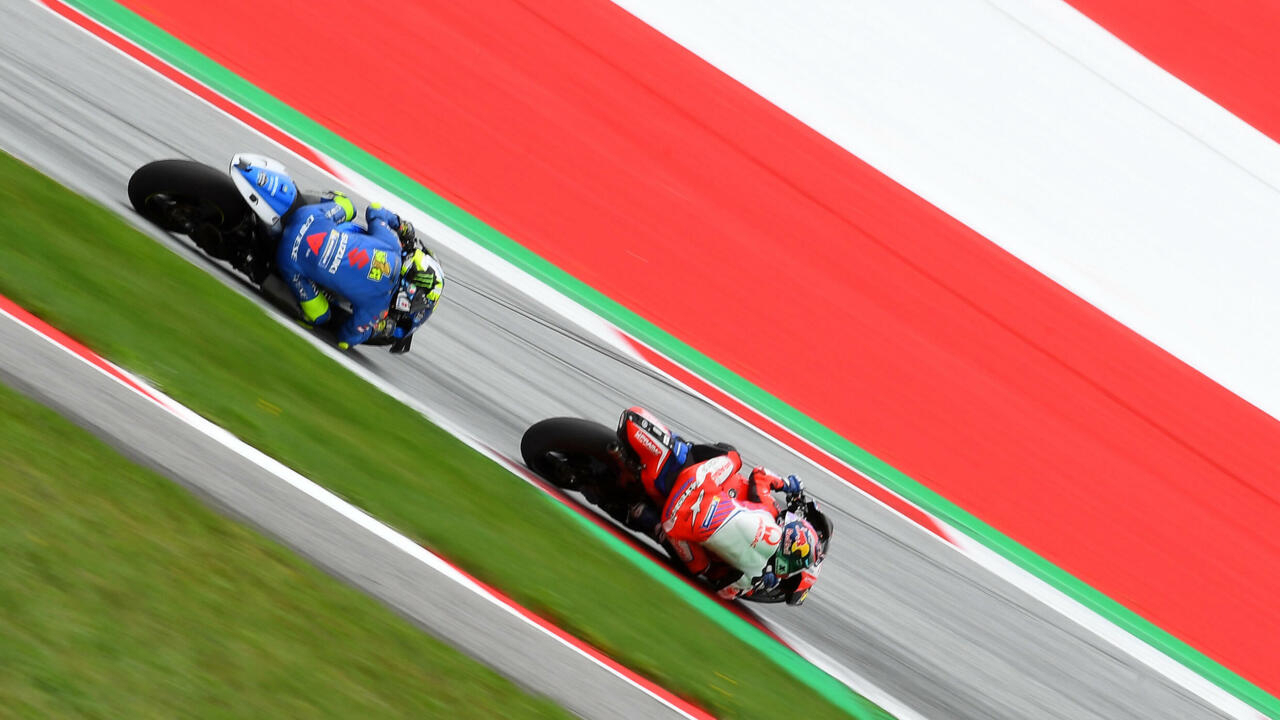 Ducati-Pramac rookie Jorge Martin claimed his first MotoGP victory in the Styrian Grand Prix on Sunday, finishing comfortably ahead of fellow Spanish and defending champion Joan Mir in a Suzuki.

French championship leader Fabio Quartararo from Yamaha finished third in a race that had to be restarted after Spaniard Dani Pedrosa’s KTM and Italy’s Lorenzo Savadori’s April caught fire in the middle of the track due to an accident.

Martin, the reigning Moto2 champion, took the lead after some early scrambling and escaped to finish 1.58 seconds ahead of defending MotoGP champion Mir.

The victory restored Ducati’s dominance on the Red Bull Ring, MotoGP’s fastest track, where they won five consecutive races before Miguel Oliveira broke their streak last year in a KTM.

“I don’t believe it. That’s why I’m not so excited,” said Martin, who dedicated his victory in his sixth MotoGP race only to his hospitalized grandfather.

“The last few laps I was thinking about a lot of things,” he said. “That’s why I did less well in the last laps but I had this gap to deal with.”

Mir, meanwhile, recorded the best result of his title defense.

“Today was near,” he said. “I needed a few tenths per lap to fight with Jorge.”

The riders return to the Red Bull Ring next Sunday for the Austrian Grand Prix.

Quartararo finished 8 seconds later, ahead of Australian Brad Binder on KTM who gained two places on the last lap.

“When there is a red flag it’s always difficult,” Quartararo said, adding that Mir and the Ducatis were faster.

“The best goal was to finish on the podium,” he said. “Good day.”

Quartararo increased his lead in the standings to 40 points over his compatriot Johan Zarco who was sixth in a Ducati-Pramac. Mir climbed to third place 11 points behind. Martin moved up to 12th overall.

“So happy for Jorge, he took a few points from Joan,” Quartararo said.

The race was interrupted after the spectacular fall of the third lap.

TV footage showed Pedrosa crashing first, then Savadori driving his Aprilia in the broken down KTM.

The bikes came to a stop in the middle of the track and caught fire.

Pedrosa, back in MotoGP after two years as a test rider, walked away but Savadori was evacuated on a stretcher although clearly conscious.

The hot fuel spilled onto the runway before the marshals extinguished the fire. They then had to clean up the debris and extinguishing fluid and dry the track before the race resumed.

Pedrosa was fit to participate in the second race on a rescue bike and finished 10th.

Earlier, Marco Bezzecchi claimed his first victory of the season by winning the Moto2 race.

On a track that was still dry after the night rain, the Italian crossed the line more than a second ahead of Spaniard Aron Canet de Boscoscuro, the only top 14 finalist not to ride a Kalex.

“A tough, tough race,” said Bezzecchi. “Aron was very quick until the end but I kept something in my pocket for the last two laps.”

Championship leader Acosta crossed the line on his own as Garcia got back on his bike and stood up to Italian Romano Fenati from Husqvarna and Spaniard Jaume Masia from KTM.