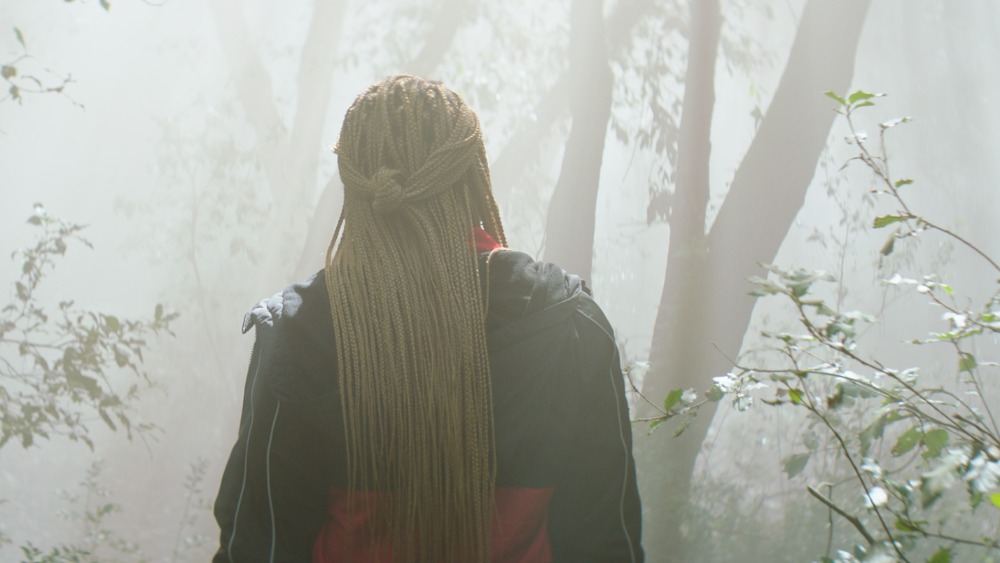 Italian director and producer Roberto De Paolis, whose first film “Pure Hearts” launched in 2017 from Cannes, is ramping up his Young Films business and has completed his follow-up feature, “Princess,” on a young African woman victim of the sex trade.

Described by De Paolis as “the unfiltered story of a young Nigerian woman who prostitutes herself in Ostia, outside Rome, in a pine forest by the sea”, “Princess” (first image above) presents Glory Kevin, a real victim of the sex trade, in the title role to which are added other non-professional actors with similar backgrounds. Rounding out the cast are Lino Musella (“The Young Pope”), Salvatore Striano (“Caesar Must Die”) and Maurizio Lombardi (“The New Pope”).

The film, produced by Young Films and Indigo Film (“The Great Beauty”) with RAI Cinema, is “an attempt to uncover the complexity of the inner conflicts that run through the protagonist,” said De Paolis, adding that he examines when African victims of the sex trade “realize they can’t do it anymore and want to quit.

In terms of tone, “Princess” mixes her naturalism “with a tone of fable, because these women have a strong tendency towards magic”, added De Paolis. Pic is expected to surface on the festival circuit soon.

De Paolis is now stepping up the business of his Rome-based company Young Films, which he founded with producer Carla Altieri and which now also includes sales and distribution director Rachel Greenwood. The independent shingle has been busy forging relationships with bigger Italian independents such as Indigo, Vivo Films and Matteo Rovere’s Ascent Film, using their broader shoulders to take things to the next level” and create the best ecosystem in which our directors can work,” De said Paolis.

Here are two projects in the Young Films pipeline

“Julius Caesar” — Filming will begin in mid-February on this drama by Berlinale Talents graduate Enrico Maria Artale (“Romulus,” the TV series) in which a 30-something Colombian lives in Italy with his mother, who is a former cocaine “mule”. now addicted to crack. Pic explores their mother-son dynamic and Julio’s relationship with his home country. The cast includes Edoardo Pesce (“Dogman”) and Margarita Rosa De Francisco (“Narcos”). Pic is produced by Matteo Rovere for Ascent and Young Films.

“Anywhere anytime” — This debut feature by Italian-based Iranian filmmaker Milad Tangshir is inspired by “The bicycle thief. The plot revolves around a young undocumented immigrant named Issa working as a rider, whose bike is stolen. As he desperately searches for it, Issa is sucked into a dramatic spiral of events. Tangshir pcompleted the screenplay with writer/director Daniele Gaglianone (“Rust”) and Andrea Giaime Alonge. The photo is in production by Gregorio Paonessa for Vivo Film and Young Films. The plan is to start filming in June.