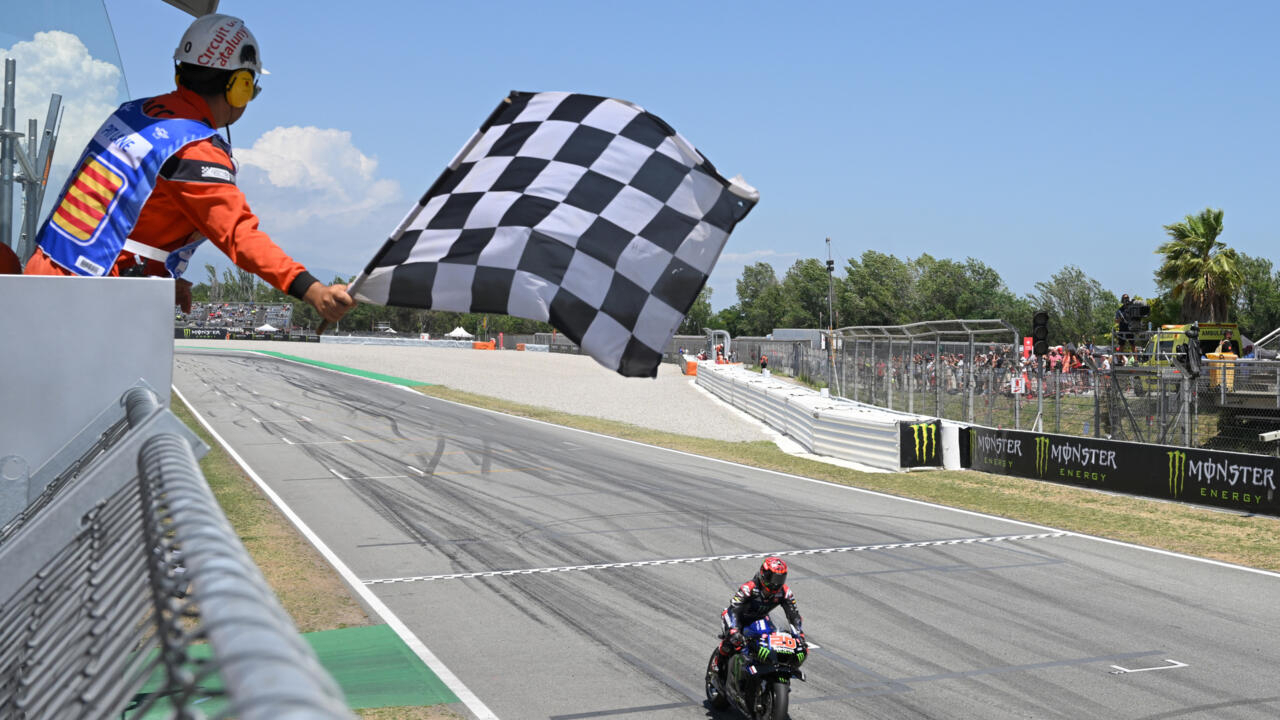 Quartararo wins the MotoGP of Catalonia, while Espargaro pays dearly for his mistake

Montmeló (Spain) (AFP) – French world champion Fabio Quartararo extended his lead in the title race this season after winning the MotoGP of Catalunya on Sunday thanks to a stunning error from closest pursuer Aleix Espargaro.

The Frenchman’s joy stands in stark contrast to that of the Aprilia Esparagaro rider, who lived through the nightmare of a race from start to finish.

Starting on pole, he was passed by Quartararo on the first corner – a lead the 23-year-old Frenchman would never relinquish – then, as the race came to a climax, he threw up his arms thinking he was done second to realize it. was still a round to go.

Quartararo increased their eight-point lead to 22 after nine rounds of the championship.

No wonder he sported a wide grin on his face as he got off his Yamaha – which he signed up for for another two years on Thursday.

“I’m so happy, it was an amazing race,” Quartararo said.

“I pushed hard from the start and kept going until the finish.

“With this victory and my second place in Mugello last Sunday, these are two great results because I feared the worst before.

“Life is good, we worked hard.”

Martin was delighted with his second place finish after a largely disappointing season.

“It’s been a difficult season, so I’m delighted with this podium,” said Martin.

“I thought I would have a hard time finishing on one of my tires that was giving me trouble, so I just conserved my energy.

“Then I saw Aleix slowing down and thought he had a mechanical problem, but then I realized he had made a mistake.

“It was an unexpected bonus.”

Zarco also reflected on his good fortune, however, timely as he is expected to be set to extend his contract with Ducati-Primac.

“It was a bit of luck with what happened late in the race,” Zarco said.

“I didn’t expect that! I was very tired at the end of the race. I saw him (Espargaro) raise his arms and there was no doubt in my mind that the race was maybe be completed.

“However, I saw that Martin was still running at full speed, so I put my foot down.”

Even better for Quartararo, none of his Italian rivals who sit high in the championship standings have finished.

Francesco Bagnaia – who won MotoGP of Italy last weekend – slipped to fourth in the standings behind Zarco after his first corner exit.

Bagnaia’s Ducati crashed to the ground after Japanese rider Takaaki Nakagami fell and his helmet connected to the Italian’s bike.

Bagnaia slid down the track and took out Alex Rins on his Suzuki – luckily all three went well.

Bagnaia’s compatriot Enea Bastianini also ended his day early with 17 laps to go on his Ducati-Gresini, with the Italian banging his knees in frustration.

He remains third in the standings with 94 points.