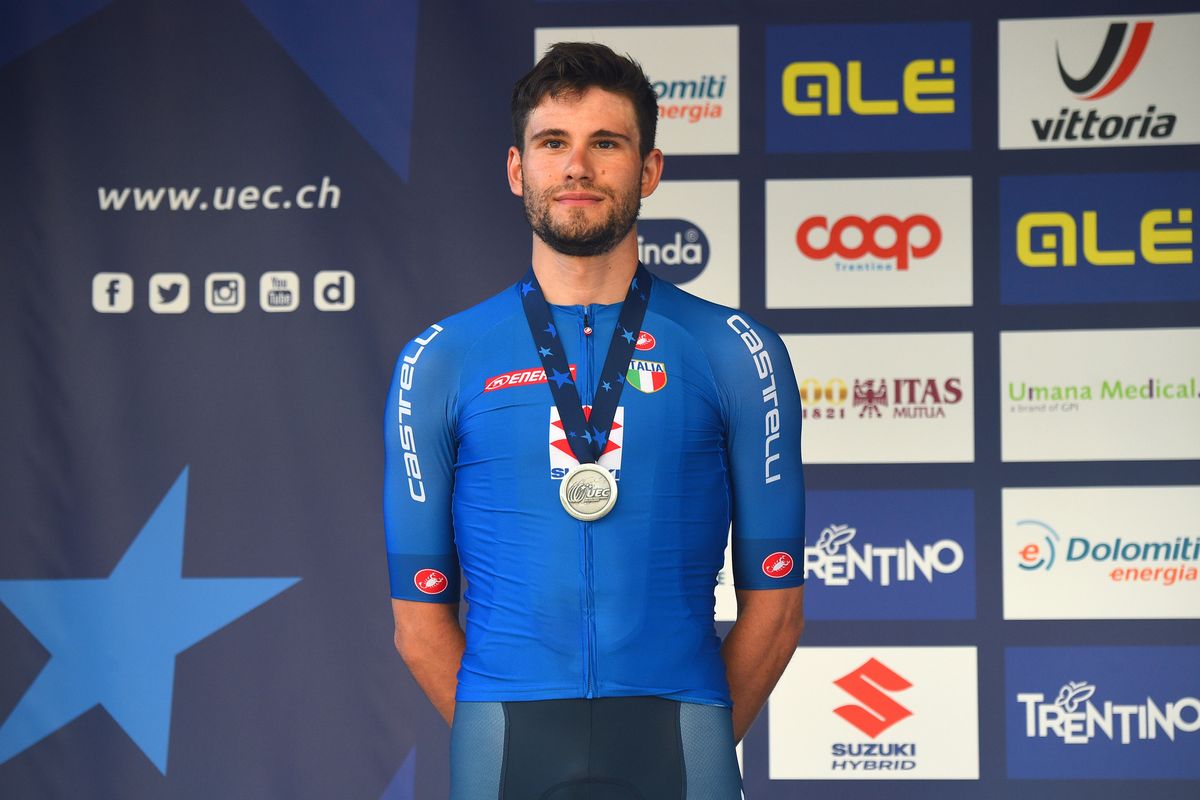 No regrets for Ganna after silver at European Championships

Filippo Ganna has no regrets and no disappointments after settling for the silver medal in the time trial at the European Championships on Thursday.

As the Italian has dominated over the past 12 months, any place other than first place is widely greeted with some degree of surprise.

But the world champion insisted that “the second is still an excellent result” and that “a silver medal is still on the list”.

Ganna looked like he was heading for victory as he clocked the fastest time halfway through the 22.4km Trento course, then turned into a tailwind for the break-in. However, the last rider on the course, defending champion Stefan KÃ¼ng, made a big negative gap and crossed the line eight seconds off the mark.

“We knew who the opponents were to beat. There were a lot of champions and KÃ¼ng was one to watch,” said Ganna.

â€œI cannot consider second place a disappointment. What should those behind in this case do? Hang himself ? “

Ganna had tasted gold at these European Championships before, helping Italy to win the team time trial on Wednesday. He said he wasn’t feeling quite his best on Thursday, but dismissed any suggestion he should have skipped the team event.

“I don’t regret a thing. I don’t think it cost me that much energy. We’re used to driving six hours a day in stage races,” he said.

“Yesterday [Wednesday] I have become a beautiful European champion. I don’t mind having a gold and a silver on my shoulders. The sensations weren’t great in the morning, but I would make the same choices anyway. “

The race was an important benchmark leading up to the World Championships, where the elite men’s individual time trial kicks off the event one week on Sunday. KÃ¼ng placed himself at the heart of the favorites list, while Remco Evenepoel showed that he was once again close to his best level with third place in the Euros on a course which was undoubtedly better suited to the bigger riders of Ganna and KÃ¼ng.

Ganna referred to the recent Olympic time trial, where, despite a runaway winner at PrimoÅ¾ RogliÄ, the rest of the top four of Tom Dumoulin, Rohan Dennis, KÃ¼ng and himself were only five apart. seconds.

â€œEverything is so close to each other. Just look at the Olympics, where we finished with four in five seconds,â€ he said.

“Details make the difference, it’s about seconds. Every second you save makes a difference.”

The Worlds time trial will take place next Sunday in Flanders, and although it is flat like the course in Trento, it is almost twice as long at 43.3 km.

â€œI have a good workload behind me heading into the World Championships, although we have to focus on Sunday’s road race first,â€ concluded Ganna.

“I am honestly happy. I won a silver medal, another to add to my collection. I also remain confident for the next week.”