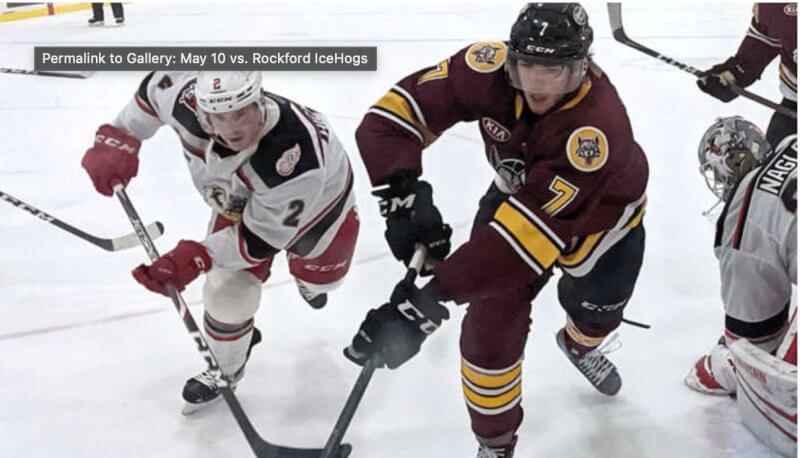 Chicago Wolves hockey legend to be inducted on December 10

When Chicago Wolves assistant coach Bob Nardella was growing up in Melrose Park, the National Italian American Sports Hall of Fame was located right next door in Elmwood Park. His father, Robert, liked to take his son to the institution’s conventions held in Rosemont.

“It was a great thing for my dad,” Nardella said. “He took me all the time. There would be athletes and everyone there. You could walk to their table, take a picture with them, get an autograph.

Bob Nardella’s late father would be delighted to hear that his son has been selected to be inducted into the National Italian American Sports Hall of Fame.

The announcement was made on Saturday night at the Allstate Arena as the Wolves opened the American Hockey League season against the Rockford IceHogs.

“It’s a great honor,” said Nardella. “You look at some of the names in there… there are NAMES. Italian Americans are proud people and we love to support each other. “

Nardella joins their ranks thanks to a 30-year career in professional hockey that includes three championships in nine seasons with the Chicago Wolves (1998, 2000 and 2002) and two appearances for the Italian Olympic team (1998 and 2006). . The prolific defenseman is second on the Wolves’ all-time list in games (476), fifth in assists (239) and sixth in points (298). He is in his fifth season as an assistant coach for the Wolves, which was preceded by two years as the team’s skating and skills coach.

This year’s NIASHF induction ceremony is slated for Saturday, December 10, with more details to come.

The Wolves return to the Allstate Arena on Saturday, October 23 to take on the Milwaukee Admirals in Breast Cancer Awareness Night. For the best deals on tickets, contact a Wolves representative at [email protected] or call 1-800-THE-WOLVES.

Latest articles from the editor-in-chief (see everything)