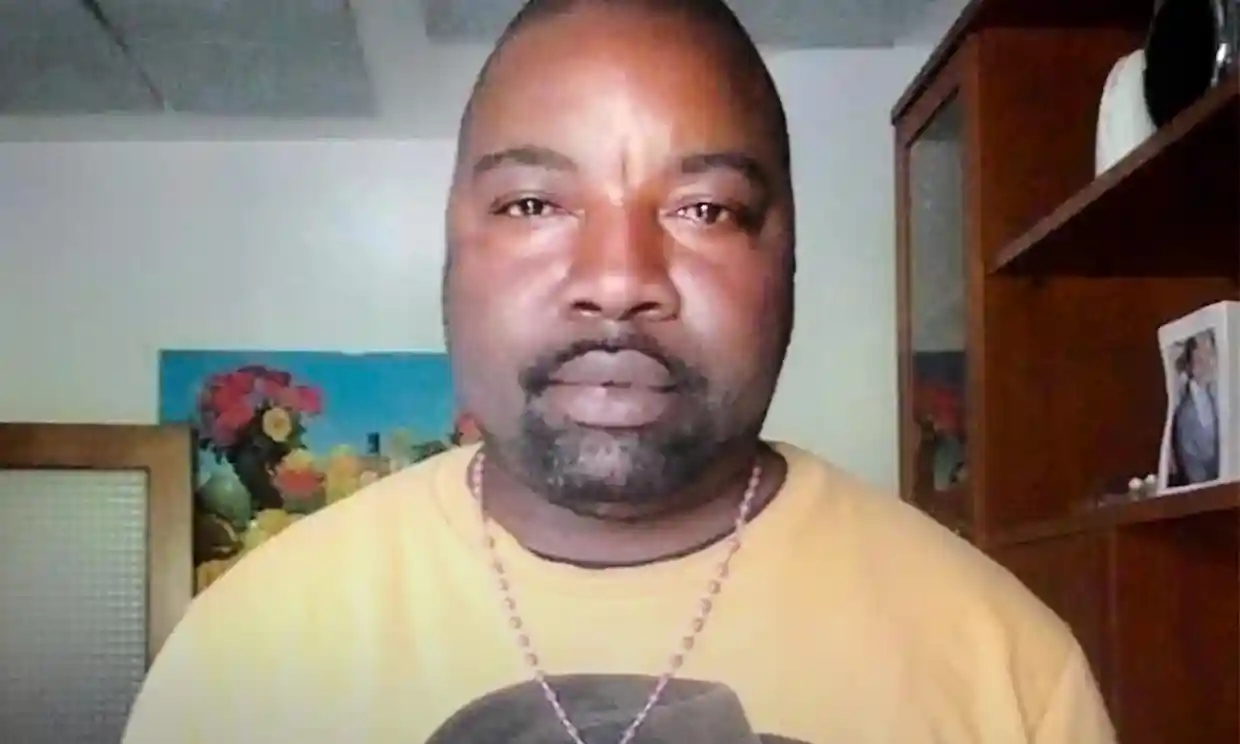 ROME – Instead of the usual homily, a minute’s silence will be observed during all Masses in the Archdiocese of Fermo, in central Italy, this weekend, in honor of a Nigerian immigrant who was brutally beaten to death in broad daylight.

Alika Ogorchukwu, 39, was killed in the center of Civitanova Marche on Friday afternoon. A 32-year-old man from Salerno, in Italy’s Campania region, has been arrested for murder and for allegedly stealing Ogorchukwu’s mobile phone.

According to Italian media, Ogorchukwu, who worked as a street vendor selling lighters and handkerchiefs, was attacked by the man after he asked his girlfriend to either buy a handkerchief or give him a euro.

Ogorchukwu was reportedly beaten with the crutch he had been using since February 2021. He was hit by a drunk driver as he was cycling home and suffered permanent nerve damage.

In an official statement after the incident, the Archdiocese of Fermo, led by Archbishop Rocco Pennacchio, said that following the violence, their churches “choose the attitude of silence to let our hearts be hurt and shocked by what happened.”

“We are praying for the victim, and we are close to all who are hurting and distressed by what happened.” The statement also indicates that on Sunday, “there will be a few minutes of silence instead of the homily”.

“We want to reaffirm our commitment to peace so that aggression does not replace justice and no longer endanger other lives. No form of violence can have citizenship in life in the style of the Kingdom of God,” he said, and also offered prayers for the abuser and his family.

Ogorchukwu, who was married with an 8-year-old son, was known throughout the neighborhood and described by locals who saw him peddling as a calm person who never caused trouble and was fully integrated with all the documents of appropriate immigration.

Recorded on several surveillance cameras, the incident shocked the local community and angered immigrants, who say racism was a motive for the crime.

His wife, Charity Oriachi, and hundreds of people from the Nigerian community, as well as many Italians, protested the Civitanova Marche incident on Saturday, expressing their anger that many who witnessed the attack the filmed rather than intervene.

Ogorchukwu’s death is not an isolated incident, but the latest in a string of migrant deaths over the past few years, all of which have been blamed, at least in part, on racism.

In September 2020, 21-year-old Willy Monteiro Duarte from Cape Verde was beaten to death in Colleferro, a small town near Rome, by a group of young Italian men after clashing with them as he was going out with friends. .

Those responsible, including two mixed martial arts expert brothers, were arrested and sentenced to life in prison, however, the incident left deep scars in the local community and was widely condemned not only by pastors and authorities local communities, but also by racist anti-groups.

Duarte’s death came just months after the death of George Floyd, an African-American man who died in police custody in May 2020 after an officer knelt on his neck and back for nearly nine minutes, despite Floyd’s pleas that he couldn’t breathe.

Floyd’s death has sparked a global outcry and large protests have been held across the United States, Europe and beyond to condemn systematic racism and bias.

These protests have been particularly strong in Italy, which has long been accused of holding racist views towards migrants, even when those migrants are star footballers or government ministers.

In February 2018, a far-right extremist named Luca Traini injured six African migrants in a shooting in Macerata, just weeks before general elections in which immigration was a central issue for right-wing parties.

In the aftermath of the 2018 general election, a Senegalese street vendor named Idy Diene, who had lived in Italy for more than 20 years, was shot six times in Florence while selling her wares by a 65-year-old Italian man who told police he was incapable of committing suicide, so he shot the first target at random.

Speaking about the murder of Ogorchukwu, Father Vinicio Albanesi, a priest and founder of a social welfare association, told the Italian newspaper The Republic that “the racism and anger that pours out on the most fragile” was the real cause of Ogorchukwu’s death.

“We live in a distrustful region, where black people are accepted only if they do the most humble work,” he said.

Similarly, Laura Boldrini, who belongs to Italy’s centre-left Democratic Party, said: “A man was killed in the street in Civitanova Marche with brutal violence, while witnesses filmed the scene. Father Albanesi is right: racism, indifference and anger find an outlet in the weakest.

After the recent collapse of the Italian government and the ousting of Prime Minister Mario Draghi, Italy is expected to hold snap elections on September 25. Among the favorites expected to win the election is a coalition led by the Fratelli from Italy party, which includes the right Forza Italy party led by Silvio Berlusconi, and the extreme right Lega party, led by conservative populist politician Matteo Salvini.

Salvini, who served as Italy’s Interior Minister and Deputy Prime Minister from June 1, 2018 to September 5, 2019, is widely known for his aggressive policies in the fight against illegal immigration and for strengthening national security.

Known for disagreeing with the pope over his strict anti-immigrant policies and use of religious symbols in campaign rallies, Salvini also faced civil charges for preventing migrants rescued at sea from docking in Sicily during his stay. warrant, leaving them stranded. with insufficient supplies in a bid to pressure other European countries to share the burden of migrants.

Although Salvini condemned Ogorchukwu’s murder saying, “It’s crazy to die this way, I hope the sentence is as great as possible”, his forceful opposition to immigration has been accused of being a cause of racism in Italy, and a new concern is brewing that should his coalition be victorious in September, racism in the country could worsen.

Speaking to the Italian Press Agency SIRthe official media of the Italian bishops, Father Mario Colabianchi of the parish unit of St. Peter Christ the King of Civitanova Marche, who knew Ogorchukwu personally, described him as “a gentle man”.

Colabianchi condemned the inaction of the spectators, who “instead of intervening, filmed the horror”, which he said “represents a greater exaltation of the spirit of violence”.

“A fundamental choice must be made towards non-violence and care for the weakest,” he said, and warned against the desire for revenge in the pursuit of justice.

He underlined the need to develop an attitude of welcome and to demystify “friend/enemy criteria, the dynamic of supremacy, in order to cultivate the seeds of fraternity and reconciliation”.

“Ours is a welcoming land, in the Marches we are not racist,” he said, expressing his belief that the real problem is the so-called culture of waste and insensitivity, which “ becomes racism”.

“All of us are called upon to educate ourselves more in a sense of community, to go beyond this individualism which belongs somewhat to our nature and to our peasant culture”, and to grow together “in the values ​​of sharing and broader solidarity, promoting the true characteristics of our people,” he said.

Vogue on the road: a Portmeirion getaway in a Range Rover

Paris to Berlin in an hour: Welcome to the future of high-speed rail in Europe