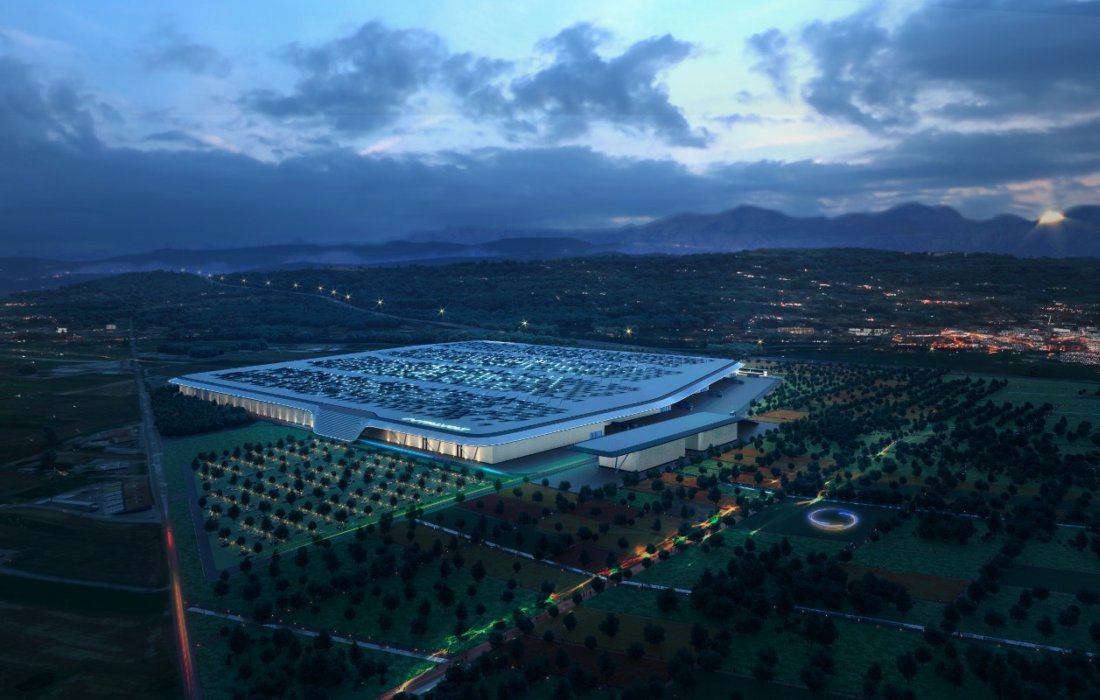 Italian battery manufacturer Italvolt has signed a Memorandum of Understanding (MoU) for its future 45 GWh Gigafactory in Scarmagno, Italy.

The purpose of the Memorandum of Understanding is to coordinate the actions and procedures of the signatories – the Piedmont Region, the Metropolitan City of Turin and the municipalities of Scarmagno, Romano Canavese and Ivrea – for the most effective administrative action regarding the construction of the Gigafactory, which will be built on the former Olivetti site in Scarmagno and Romano Canavese.

The Italvolt project plans to start the production of lithium-ion batteries in the second half of 2024 and plans to employ up to 3,000 employees, on a total area of ​​one million square meters, to deliver a production capacity of 45 GWh . Scarmagno and Romano Canavese’s Gigafactory will place Piedmont and Italy among the most important players in green industrialization and sustainable mobility, making Italy one of the largest producers of batteries for electric vehicles in Europe.

“After the presentation of the preliminary project and the subsequent authorization obtained at the beginning of 2022, the signing of the memorandum of understanding confirms the progress of a project which is progressing rapidly thanks to constant collaboration with all the local authorities. of the shared schedule will lead us to become one of the first players in Europe to start production, thus ensuring Italvolt’s key role in the electric vehicle industry,” said Lars Carlstrom, Founder and CEO of Italvolt.

“The signing of this protocol”, comments Alberto Cirio, president of the Piedmont region, and Andrea Tronzano, councilor for economic development, “is a clear demonstration of how Scarmagno’s Gigafactory is becoming more concrete. A punctual calendar that marks the approach of a project with benefits: development and employment; two fundamental successes for the territory and the Piedmontese economy in the strategic sectors of technology and automotive. This protocol is a classic example of the collaboration of a Piedmontese system that can grow and has a future.

“Città Metropolitana di Torino will play a crucial role in the process of authorizing the factory,” says Sonia Cambursano, the councilor in charge of economic development, “in synergy with the Piedmont Region and the municipalities. For us, networking is the best way to develop the territory. In this project we see the possibility of achieving the employment and development objectives of Canavese, but also of encouraging sustainable energy for mobility”.

With the founder of Italvolt”, commented Stefano Sertoli, Mayor of the Municipality of Ivrea, “From the first meeting in Ivrea, there was an immediate understanding that gave rise to a relationship of mutual respect and constant dialogue. I can only be delighted that the other entities involved, once shared the project, have also started an effective collaboration. The memorandum of understanding represents a fundamental step towards respecting the timetable for the realization of an industrial plan which will mark a historic stage for our territory. The location chosen is certainly strategic, on the main road leading from Italy to the center of Europe. I am proud that this can go forward”.

Elisabetta Piccoli, Deputy Mayor of the Municipality of Ivrea, added: “I witnessed the birth of this very important project for our territory and the signing of the protocol makes me very happy because it represents a concrete action of synergy between the authorities who must proceed quickly alongside entrepreneurs determined and courageous like Lars Carlstrom. . The 3,000 increase in jobs and related industries it would create is something we are all working towards together and believe in.”

“I believe I was the first mayor to meet Lars Carlstrom and Italvolt,” says Adriano Grassino, Mayor of the Municipality of Scarmagno. “I was struck by his determination and the project he managed to convey in his remarks. The first question I asked him was about safety and the environment. The response was complete and immediate. He had already asked the question and found the solution by putting the problem first. Words were followed by deeds. The will to proceed with the construction of the Gigafactory gradually materialized until the entities concerned agreed on the memorandum of understanding and the timetable, which is fundamental and indispensable for the construction of the industrial complex in a reasonable delay. An important and necessary project to relaunch the engine of the Canavese economy and the great and complex driving machine that is the Piedmont Region. With Italvolt, Scarmagno would again become one of the major players in the national economy and perhaps even beyond its borders. A new and powerful boost would be given to employment and well-being in a depleted territory that absolutely needs it”.

“The Municipality of Romano Canavese”, commented Mayor Oscarino Ferrero“considers the signing of the Memorandum of Understanding for the Gigafactory Italvolt an important moment for the development of a new economic reality and for the relaunch of a region like Canavese which, although always considered prosperous and home to large national companies, has recently suffered a loss of social and employment opportunities”.

In particular, given the importance and complexity of the project, the memorandum of understanding provides for the establishment of a Technical Coordination Table which will be chaired by a delegate from the Region with the mission of coordinating and support the various institutional services concerned, with a view to effective administrative action. Furthermore, taking into account the relevant public interest of the project and the production start-up time foreseen by Italvolt by 2024, the signatories undertake to make all reasonable efforts to complete the procedure within seven months from the filing of the application, expected by June 2022.

The Piedmont Region, on behalf of all the signatories, will also intensify the discussions already started with the Ministry of Economic Development and other competent ministries, in order to work alongside Italvolt in the identification of support and financing measures of the project, including those provided by the PNRR.

Italvolt adheres to the memorandum of understanding itself, as the promoter of the initiative and the project. The SUAP Ivrea (Sportello unico attività produttive) is the delegated body to carry out the town planning and construction procedures related to the project and falling within the competence of the municipalities of Scarmagno and Romano Canavese.

Back to the Autobianchi Bianchina

Excellence As a Volleyball Player and Coach