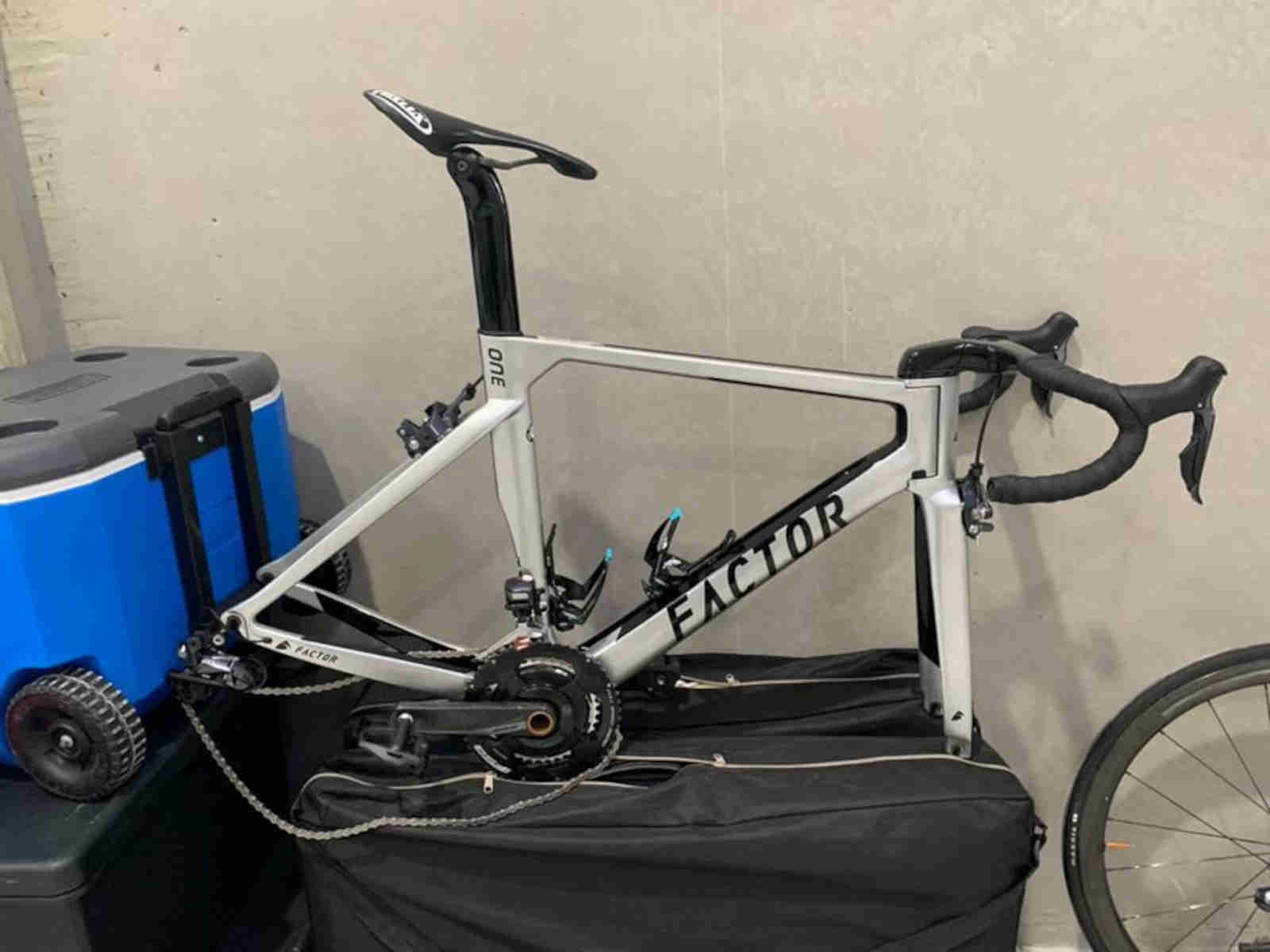 Most pro teams are currently gearing up for the 2022 season with new bikes, kits and riders. Israel – Premier Tech is preparing for the new season in Girona, Spain. Many cycling teams go there because of the reliable weather, good roads and climbs.

The team announced some big news last week with the official news of Premier Tech joining as a co-sponsor. The deal had been in the works for some time, but on Thursday it was announced that Israel Start-up Nation would become Israel-Premier Tech through 2024, with the Canadian company changing title sponsorship from Astana after a year.

The team received bad news upon discovering that 17 of their Factor bikes had been stolen from the truck overnight. This isn’t the first time a top team have had their bikes ripped off, at the 2021 UCI Track World Championships the Italian team had their super expensive Pinarellos stolen. Fortunately, they were recovered.

Are the thieves who stole Italian track bikes the dumbest criminals ever?

It’s unclear if the bikes belonged to Israel-Premier Tech or Israel Cycling Academy, but either way, it’s not a good way to start the season.

Today 17 from our Israel Cycling Academy @FactorBikes were stolen from the team’s truck near Girona, Spain. The frames are silver, red and black as shown below.

Please contact us if anyone has any information 🙏 pic.twitter.com/yKqkVg5jft