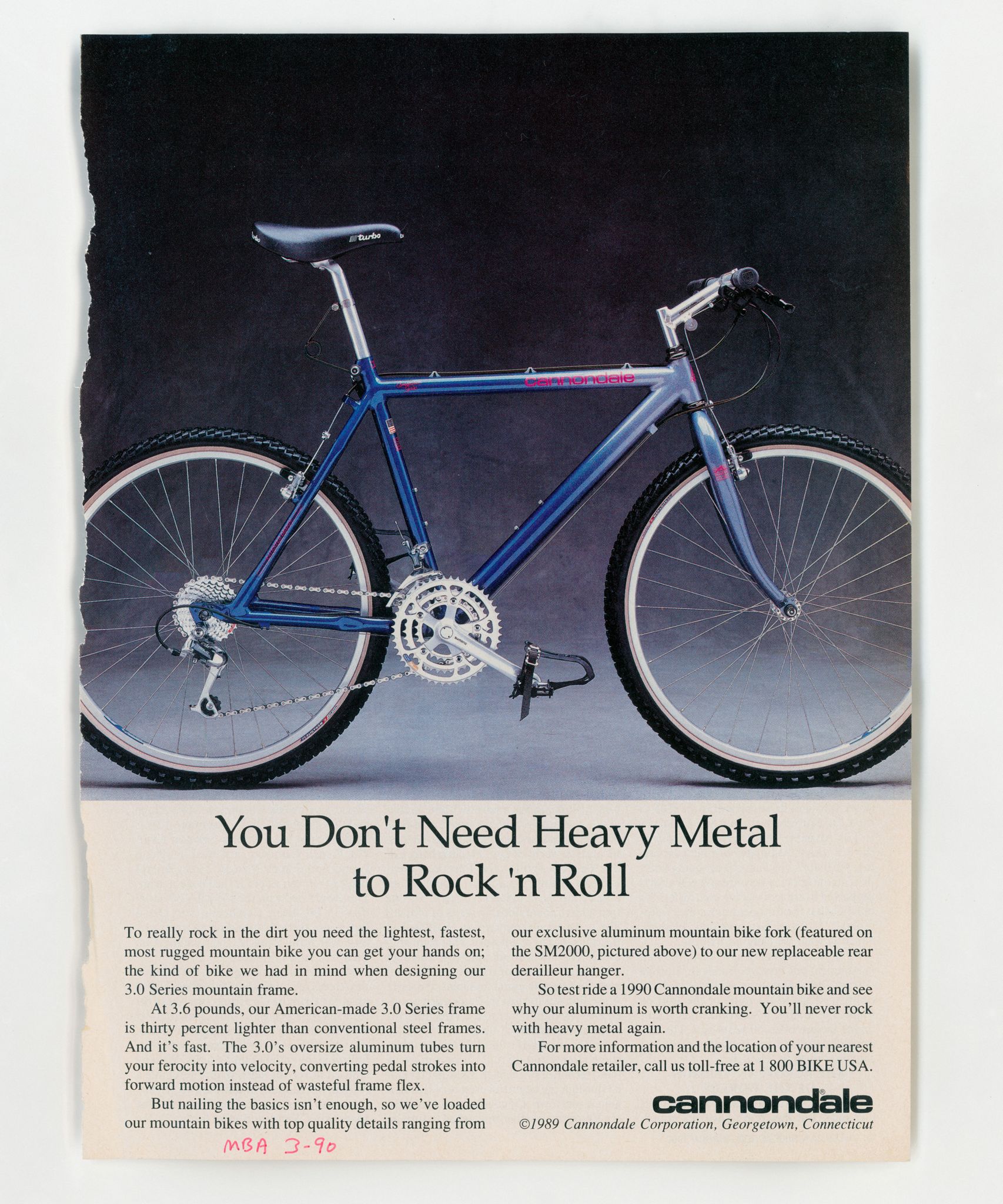 The story goes that one day Joe Montgomery watched a man with long hair pedaling his bicycle up a hill while lugging a heavy backpack.

â€œHe said, ‘My God, this is a crazy way to get around,’â€ his son Scott Montgomery recalled recently.

That moment inspired Cannondale, a brand that is still renowned in the global cycling community 50 years later.

In a rented loft above Mrs. Forrester’s pickle factory near Cannondale Station in 1971, Joe Montgomery and his small research and development team came up with the idea of â€‹â€‹a bicycle towed trailer that is became known as “the Bugger”. The small company that initially focused on making bicycle accessories and clothing defied industry orthodoxy in the 1980s by releasing some of the first mass-produced bicycle frames made from aluminum instead of steel.

Cannondale has continued to strengthen its reputation for innovation by sponsoring championship racing teams and continues to occupy a place among avid cyclists as a premium brand.

The 50 years of gold is marked by an Instagram campaign with the hashtag #cannondaletales, inviting owners to post photos of their bikes and the stories behind them.

A local brand for 50 years

Decades after the brand went international – and following an ill-fated side trip in motorcycles that bankrupted the company and ended ownership of the Montgomery family – Cannondale’s local presence continues in the city where it all began.

Cannondale quickly overtook its original Wilton offices, moving to Georgetown and later to Bethel. In 2013, he returned to Wilton, opening its 51,000 square foot global headquarters at 1 Cannondale Way.

â€œAt one point, Cannondale made all of LL Bean’s dog beds,â€ said Scott Mongomery, recalling the evolution of the brand. He did assembly work at the age of 10 and stayed to start the company’s European operations in 1988.

The first Cannondale bike was the ST-500, an aluminum touring model, “and that was mostly done because Cannondale made all of those bike bags, so it was known as an ideal brand for touring, you could. travel it all across the country, â€said Scott Montgomery.

The concept of using lighter, stiffer aluminum was devised by an engineer from one of the nearby submarine builders.

â€œAt first nobody wanted it, or very little, because it was considered strange. Back then, all the European steel frames for brands like Bianchi and Peugeout were all the ones everyone wanted, â€said Scott Montgomery.

â€œWhen people tried it it was ‘Wow, it’s different, it’s better,'” Murray Washburn, director of product marketing at Cannondale, said recently. a completely different feeling that even someone who is not a super experienced rider could feel immediately.

Cannondale’s sponsorship of the Italian racing team Saeco and its legendary sprinter Mario Cipollini helped legitimize the company’s 10-speed road bikes with serious road cyclists – much like the training of the he Volvo-Cannondale ATV team has contributed to the popularity of its mountain bikes.

â€œAnything is possible, take risks, push things,â€ was Joe Montgomery’s philosophy, recalls Washburn, who has worked at Cannondale since the late 1990s. â€œHe used to walk around the cabins and watch people. It was not uncommon for him to jingle the coins in his pocket and be like. “Change is good” is that kind of mantra. “

Even the failed motorcycle business that drove Cannondale out of business in 2003 was very characteristic. â€œWe had grown so much that we had to look elsewhere to continue growing the business, and this continual thirst for ‘Is there a better way?’ driven in motorsport, â€Washburn said.

The cash crunch sent Cannondale into the hands of its biggest creditor, Pegasus, but the brand’s popularity with cyclists was strong, with the emergence of carbon fiber frames and other advancements taking hold. magnitude.

â€œIn fact, we came out of bankruptcy with more bike dealers than when we went bankrupt,â€ Washburn said.

The legend lives on

The brand’s early models retain their legendary status among dozens of die-hard enthusiasts on social media pages and websites like VintageCannondale, where runners swap stories and photos.

Joe Montgomery, now 81, lives in Florida where he runs a software company, his son said. The Cannondale founder “keeps tabs on the business the same way a retired baseball coach might follow a former protÃ©gÃ© through the leagues,” according to an archival history released by Cannondale.

Years after his family’s ties with the company ended, Scott Montgomery runs a marketing business focused on outdoor brands and maintains his passion for cycling.

â€œI still love it as an industry and I’m happy to see the company take this step,â€ said Scott Montgomery, now 60. â€œIt’s a household name in the performance bike category around the world, so it’s a proud moment. “

Towards the future of cycling

Cannondale has come many miles since its headlong debut over the Wilton Pickle Shop. The company is now a division of Dorel Sports, which also counts Schwinn, GT and Mongoose among its holdings.

While some enthusiasts feel that its huge parent company held back the pioneering spirit of Cannondale, Washburn doesn’t think that’s the case.

â€œThe pressure to be different and disruptive is less, but the appetite for original thinking is still there,â€ he said.

Cannondale’s sales are almost evenly split between road and mountain models, Washburn said. And the company jumped into the cycling boom that accelerated during the pandemic, including electric models under the Neo nameplate, like the Adventure Neo.

â€œThe effect on the electric bicycle market cannot be overstated,â€ Washburn said. â€œIt brings in new people who wouldn’t normally think of cycling to cycling, whether for transportation or recreation. This makes the driving experience and the possibility of not using a car so much easier, making mountain biking and road cycling more accessible to people.

â€œThe industry has grown, and so has Cannondale,â€ Washburn added. â€œWe don’t focus on the wild and captivating things of the past. We’re focusing on things that will make a real difference in how people travel, making bikes easier to use and maintain.