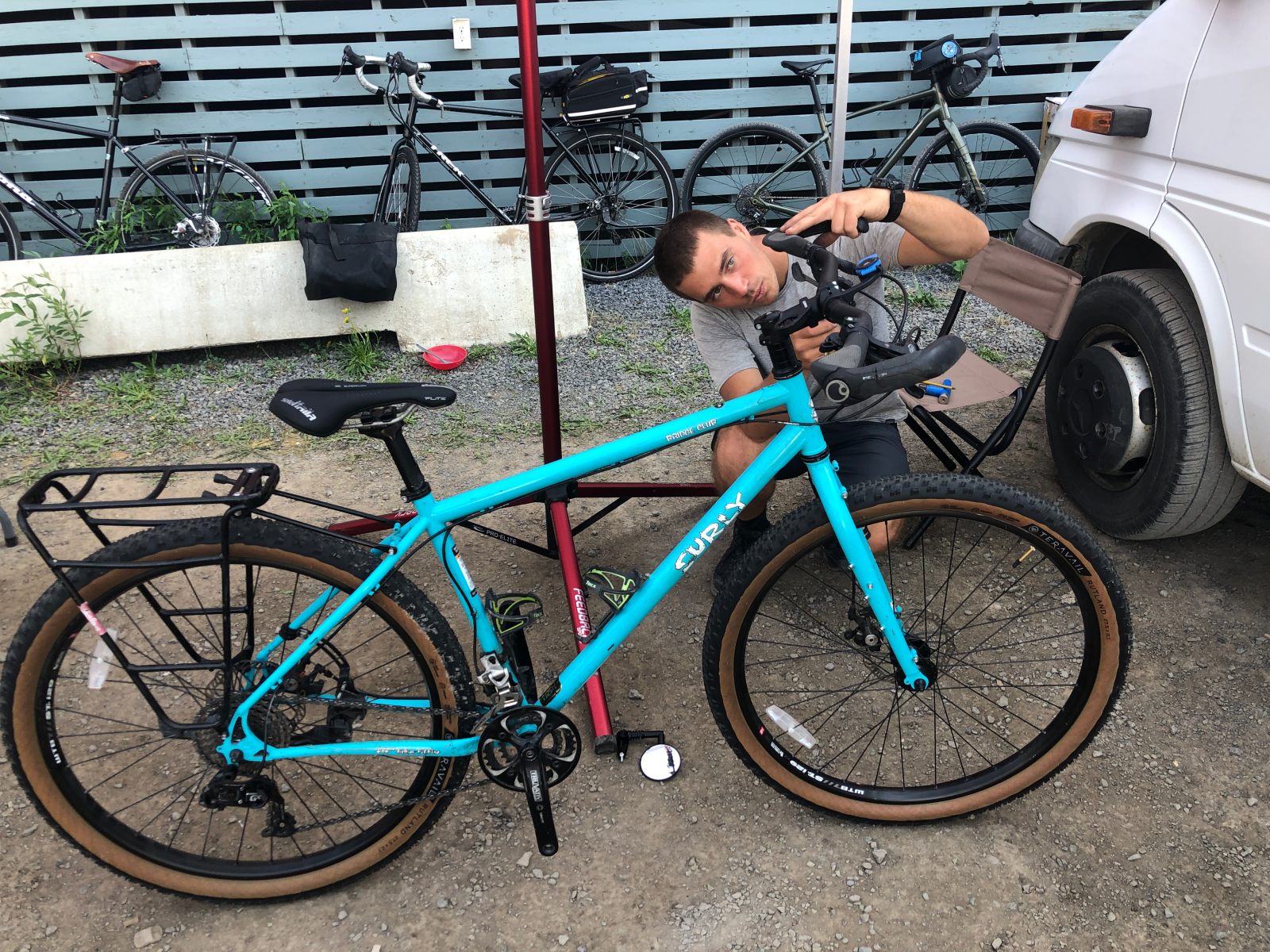 I’m in Inuvik, about 200 km north of the arctic circle, at the edge of the tree line. I have been to the Arctic several times and each time I am struck by its strange yet familiar look, familiar like an old memory that haunts you on the edge of consciousness. This is the first time that I have come with the intention of cycling through this country of myriad lakes and rivers. The prospect of being close and personal in this way is exciting and daunting.

I had planned to buy a lighter and faster bike for this expedition than the ones I had become accustomed to. Supply chains being what they are, this bike only materialized when I was about to hop on the plane. My plan B has always been my Surly Bridge Club, which I got when they first came out in 2018. I had been swayed by the marketing: an all-mountain touring bike that could handle cobblestone and dirt. I was immediately convinced that this was what I needed for Africa, I realized that we were driving on rough roads. (Sometimes I’m slow to take it in.) I didn’t end up taking it to Africa because I got myself into trouble with not having enough time on it before my departure date. I stuck with my Salsa Marrakech, which I’ve come to love because that’s what happens when you spend a lot of time on a beast, live or mechanical. Once I got home, I was able to spend a lot more time with my Surly.

I am not a team leader. I don’t know much about the technical aspects of bike geometry, gearing, dropouts, q-factor, etc. Not that I didn’t make the effort. I’ve read countless articles and blogs, listened to podcasts, taken mechanical classes, all to no avail. I can’t tell you how many times I’ve scoured Sheldon Brown’s site for technical insight. It escapes me. (Hmm, now that I think about it, my meditation teacher looked at me sadly as she ushered me out of her studio during my first and last session saying softly, “some are not meant for enlightenment “.)

Back to my Surly, which I also came to love, having done much of my training on it. It’s a sturdy bike (translate: it’s very heavy). My local bike shop recommended the Teravail Rutland tires (27.5 x 2.1 inch tubeless) which they assured me would give me a silky smooth ride on the gravel. I hope. Our first nine days are dirt with intermittent washboards, ruts, undulations and stretches of sand. In practice, I rode WTB Byway 47s and took them to the tarmac.

The Surly comes with a WTB Volt saddle but I was using a Brooks B17 which ALWAYS took me to break in. Then the Brooks developed the bad habit of fraying my shorts. I think it was his revenge for the blows I gave him during a few falls. (Incidentally, they weren’t my fault, but that’s another story.) I upgraded to a Selle Italia Max Flite Boost. There is something about the Italian language that influences you in itself.

I really like the Salsa Bend bar from Surly with its 17 degree sweep and 710mm length. I put Ergon GP5 bar ends, perfect for diversifying hand positions. On the other hand, I found that the Promax DSK-300 mechanical disc brakes can get quite squeaky, which some of the reviews I read also noted.

With the rig and weight I have (before I put on my Ortlieb handlebar bag full of all the things I think I need on the road and almost never do), I will never be fast. But I can go the distance on it and in the end that’s what counts.

Ancelotti And one of his next challenges with Real Madrid