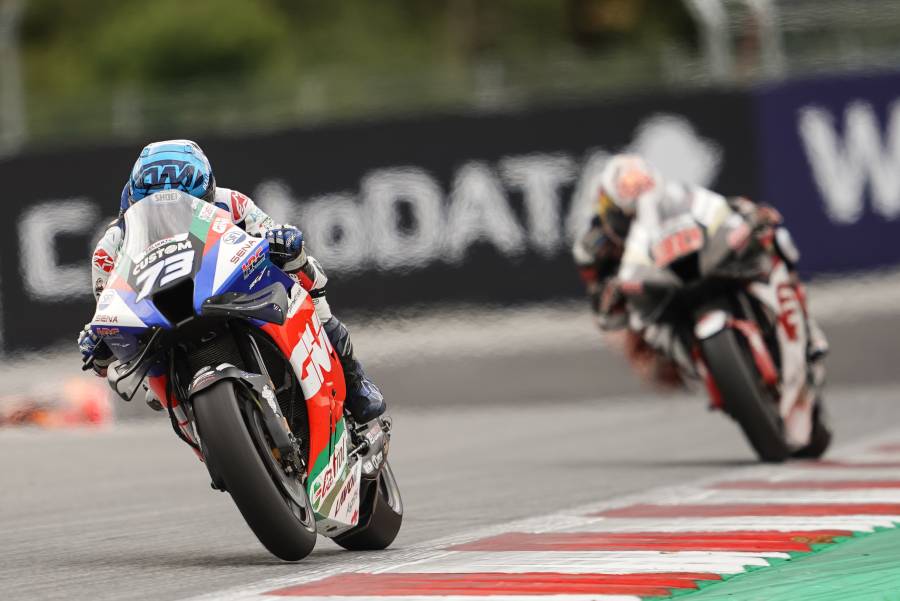 Honda drivers are racing for the Riviera Grand Pri…

In recent years, the MotoGP race calendar has shrunk from 17 or 18 races to 20, with increasingly limited testing as a result. This makes the few remaining test sessions increasingly important, especially for manufacturers working particularly hard on machine development.

At Misano last year, Espargaro achieved his best result of his first season with Honda, when he finished behind teammate Marc Marquez (Repsol Honda Team Honda RC213V), giving the factory Honda team a super double . Marquez is currently recovering from surgery, his place has been taken by Bradl, who usually works as Honda’s official MotoGP test rider.

Spaniard Espargaro, 31, has already tasted victory at Misano, when he won the 2013 Moto2 race at the track en route to winning that year’s Moto2 World Championship, which was at the era powered by Honda.

Bradl also made it to the podium at Misano. In 2011 he finished second in the Moto2 race, just behind none other than Marquez. At the end of that season, Bradl took the Moto2 championship crown. The 32-year-old German achieved his best MotoGP result on the track in 2013, when he finished fifth aboard his LCR Honda RC213V. That year, the RC213V won the second of its seven MotoGP Constructors’ World Championships.

This month is significant for Honda’s MotoGP project as the company’s racing subsidiary – Honda Racing Corporation – was established 40 years ago in September 1982, shortly after Honda’s full return to racing in the motorcycle world championships.

The 1982 season marked the launch of Honda’s superb NS500 three-cylinder Grand Prix motorcycle. The machine got one of its first big results at Misano that year, when American legend Freddie Spencer finished second in the Italian GP. The following year, Spencer and the NS500 won Honda’s first world premier class rider championship. In total, Honda has won 46 premier class riders’ and constructors’ world championships, more than any other manufacturer in more than seven decades of world championship motorcycle racing.

Alex Marquez (LCR Honda CASTROL Honda RC213V) was Honda’s best rider last time out at last month’s Austrian Grand Prix and is aiming to get back into the points this Sunday. Last year at Misano, the 26-year-old former Moto2 and Moto3 world champion scored a single point, for 15th place, and will be there to improve on that this weekend, then continue working in the tests. Monday.

Teammate Takaaki Nakagami (LCR Honda IDEMITSU Honda RC213V) is hoping to make amends for an unlucky race at the Austrian GP. The 30-year-old from Chiba was struggling in the peloton when his front tire overheated, reducing grip and causing him to slip. Like his fellow RC213V riders, Nakagami also scored a podium at Misano, finishing second in 2013 and third in the 2015 and 2016 Moto2 races.

The circuit near the seaside resorts of the Italian Riviera has hosted intermittent Grand Prix motorcycle racing since 1980, with GPs from Italy, San Marino and Emilia-Romagna. A serious accident during the 1993 event triggered a break-up, with the track re-entering the calendar in 2007, in reverse. Honda took many premier class victories at Misano, with Freddie Spencer, Pier-Francesco Chili, Mick Doohan, Alex Criville, Dani Pedrosa and Marquez.

Misano is the penultimate race in the main European segment of the 2022 MotoGP series, before riders and teams head east for the Japanese, Thai, Australian and Malaysian rounds of the series. These four countries will host their first MotoGP events since 2019, before the start of the global pandemic, which forced the cancellation of these races in 2020 and 2021. The quartet of Honda riders are particularly looking forward to the home Grand Prix of the company, which takes place at the Twin Ring Motegi on September 25.