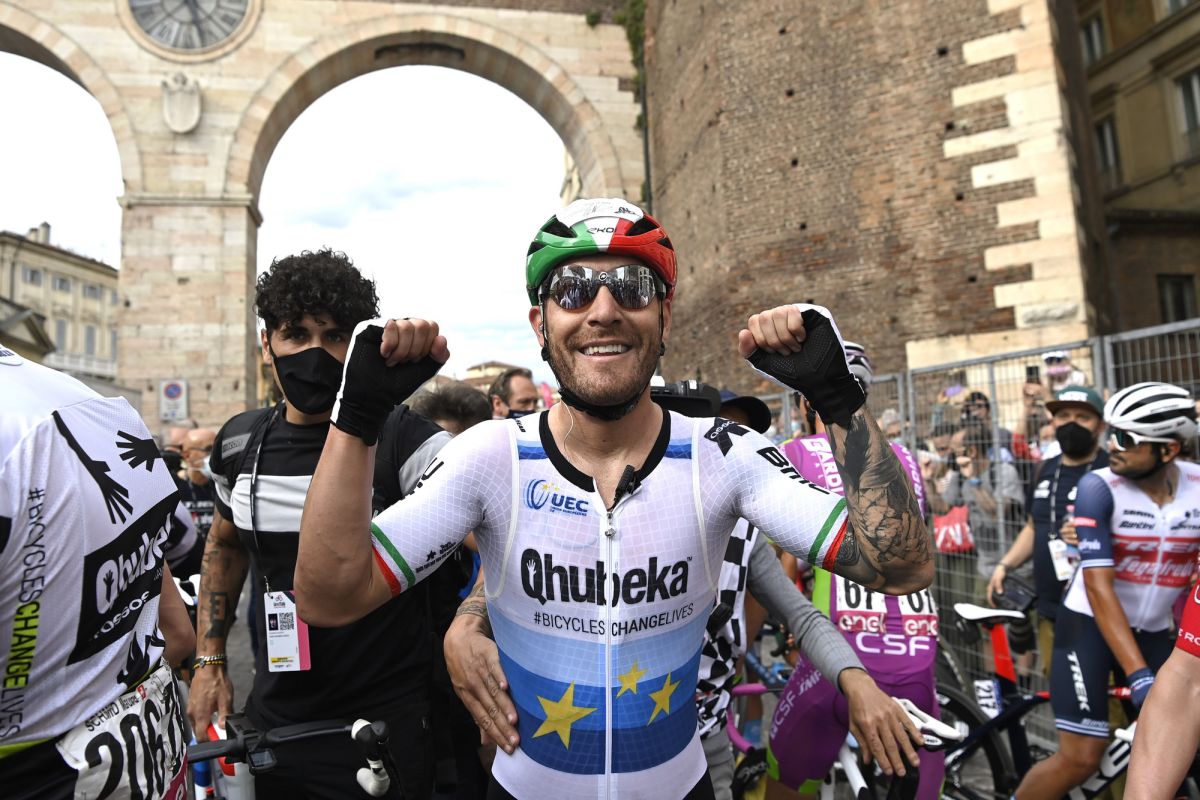 Following the transfer of Victor Campenaerts to Lotto Soudal, the struggling team Qhubeka NextHash lost another star, with sprinter Giacomo Nizzolo being transferred to Israel Start-Up Nation for 2022.

The Italian, who was European road champion in 2020, leaves the struggling WorldTour team after a three-year stay there, and will now move on to Israel Start-Up Nation, joining newcomers Jakob Fuglsang and Hugo Houle on the incoming list to the team.

Nizzolo has achieved three victories in the 2021 season, including a long-awaited first career stage victory at the Giro d’Italia in Verona. The 32-year-old, who twice won the points jersey in the race, said he was “proud” to join his new team.

â€œJoining this team is something really special for me,â€ said Nizzolo.

â€œFrom the outside it looks like a really great team with a great group of people working really well together to achieve their big goals. I’m really proud to be a part of this team. I’m super happy and super motivated and I I am sure we will achieve great goals together.

“Considering my level of performance over the past two years, I hope to keep improving and only getting better. Milan-San Remo is my dream race so I would really like to be at a good level. there but in general I just want to take my chance whenever there is an opportunity. I can’t wait to join the team next year! “

ISN Managing Director Kjell CarlstrÃ¶m said Nizzolo will strengthen the team’s sprint squad, which will be weakened by the retirement of veteran sprinter AndrÃ© Greipel.

“We are happy to strengthen the team with a driver as strong as Giacomo,” he said.

â€œHe has been consistent over the years and he continues to improve. On top of that, he is also a great teammate as we have seen at the World Championships in Belgium this year.

â€œItâ€™s a natural fit for us. Weâ€™ve worked hard to establish a solid front end over the past two years, which has really shown itself in the 2021 season with several good results. equation gives us even more opportunities in sprints next year. “

Nizzolo leaves behind a Qhubeka NextHash team who find themselves in dire straits for the second consecutive offseason. The South African team is looking for sponsors again despite financial difficulties and recently missed the original deadline to apply for a WorldTour license.

Earlier this month, the team told runners they were free to seek employment elsewhere for 2022, with five runners having now done so.

The movements of Nizzolo and Campenaerts are added to those of Michael Gogl (Alpecin-Fenix), Lasse Norman Hansen (Uno-X) and Dmitri Claeys (IntermarchÃ©-Wanty-Gobert). Fabio Aru and Matteo Pelucchi also leave with the pair scheduled for retirement.

Big names who remain in the squad or have yet to agree to move elsewhere include Domenico Pozzovivo, Sergio Henao and Simon Clarke.