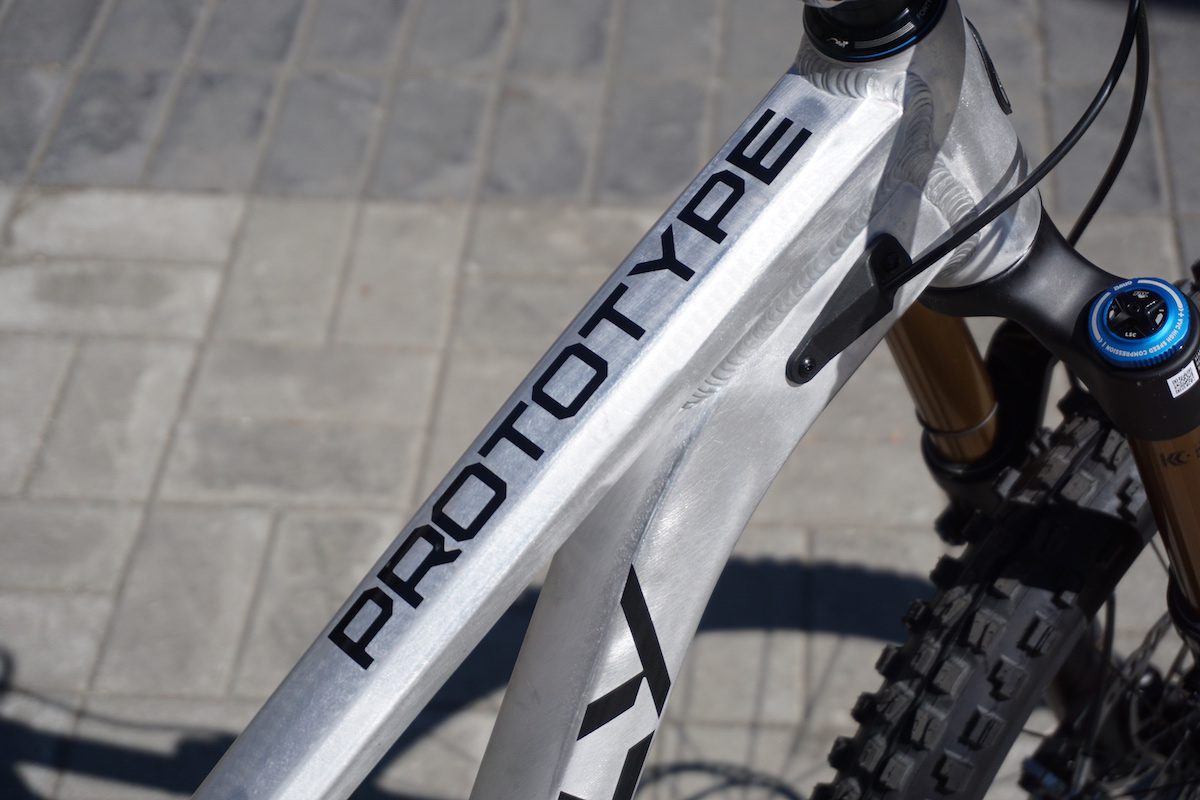 Crankworx wraps up its big return to Whistler this week with all the crowds and excitement the week-long festival brings. With the best athletes in the world and lots of hype, there are also all kinds of new bikes and parts on display, or hidden in plain sight.

Here are some of the amenities we spotted in Whistler this week.

No huge lugs, but still some grip

Maxxis recently revamped their old XC Forekaster into a fast tread. The first production run sold out immediately, but we got a chance to check out some of Whistler’s old-school tech on Comfortably Numb and other XC tracks at Lost Lake. After riding the new tread, which shares little in the name of the XC tire coming out of the mid-season, it’s easy to see why it’s been so well received. We’re awaiting a full review, but first impressions are good. It’s still fast, it has plenty of grip, and it suited the new Rocky Mountain Element we rode almost perfectly. An excellent compromise between a Minion or a Dissector and a complete XC tire.

Giant celebrates its 50th anniversary this year. To mark the occasion, the brand exhibited its past and future in Whistler Village. For the past, a perfectly maintained Cadex 2 that was once owned and flown by Sprockid founder Doug Detwiller. The best of this era’s technology, the studded carbon fiber frame shone with anodized Cook Bros cranks, brake boosters, bar ends, an uninspiring Manitou fork and a full range of three chainrings. Plus, Shimano’s first XTR drivetrain.

Looking ahead, Giant’s new gold glitter Trance X Advanced E+ LTD electric mountain bike. With more wires and batteries than I can count, the top-of-the-line build features SRAM’s AXS wireless shifting and dropper post, Fox’s Live Valve electronic suspension control, and Zipp Moto wheels with TyreWiz pressure sensors as well as Yamaha battery and integrated mounts for GoPro and/or computer. Only around 500 bikes will be made, so go fast if you want to plug in and experience the future for yourself.

Smith was showing off some new goggle sets at Crankworx. The high-end Rhythms are already in the hands of (and on the catwalks with) several Smith athletes during the weekend’s EWS. Smith’s first mountain bike goggle uses an open top, with mounts for a film to keep out dust or mud, a wide strap, interchangeable lenses and is designed for use with full face helmets. There is also a simpler Loam MTB model with a simpler design, simpler foam and printed webbing. Anyone looking to get their hands on the final production models will have to wait until early 2023.

Knolly has long been known for his engineering, if not his aesthetic considerations. This semi-industrial look is a little tempered going forward. The Burnaby brand will still show off its work with a mix of raw finishes and new colors, but frame silhouettes will soften for cleaner lines. Knolly was showing a very prototype endorphin on his stand. The changes, which are not final but which already look good, are not only superficial. There will be a new XS size, improved kinematics and a newly redesigned linkage. It’s still a Knolly, so all mountain bike frames stick to Boost 157 spacing.

FSA introduced a new set of alloy bars at Whistler. The new line tempers the harshness of a 35mm collar diameter by adding a flattened section between the collar and the grips. This allows the bars some vertical compliance without compromising lateral stiffness or steering precision. FSA isn’t the first brand to do this, but it’s the only brand so far to offer the design in an alloy model instead of a carbon fiber model.

This was the newest, but least eye-catching part of the FSA stand. The American brand had a “fresh-maker” theme, featuring Mentos, with a range of flashy pieces of oil slicks and holograms from FSA and Italian high-end suspension maker Bright.

Cypriot gas and the EU’s “own target”