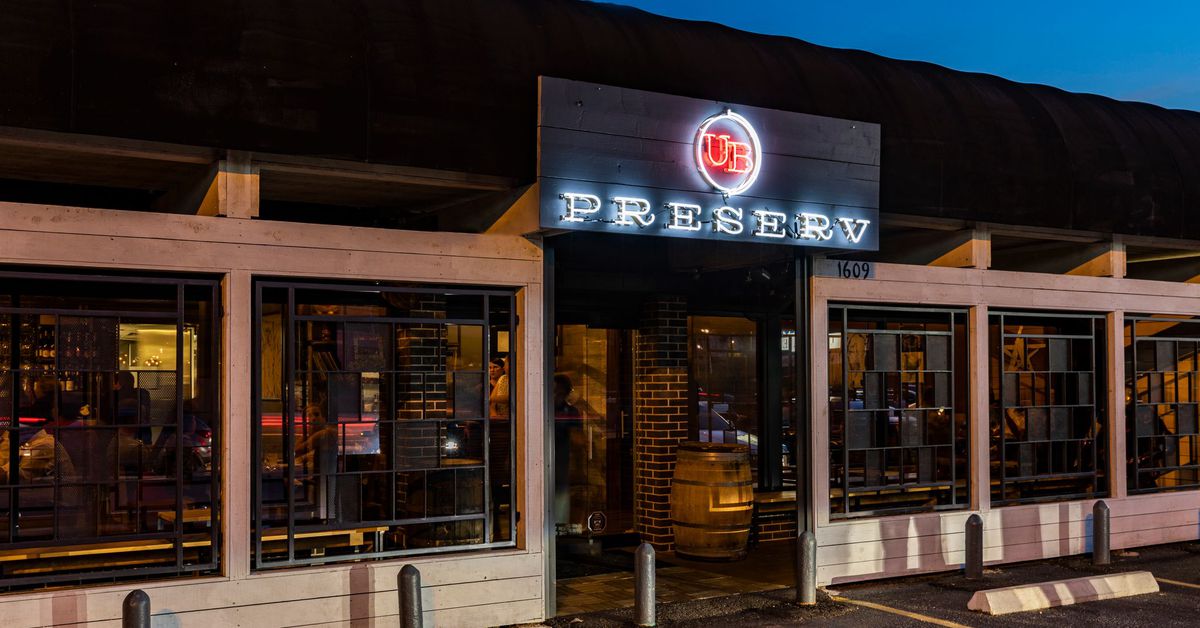 One of Houston’s most famous hotel groups is closing another of its restaurants in December. Underbelly Hospitality today announced the closure of its diverse UB Preserv restaurant at 1609 Westheimer Road on Thursday, December 23.

News of the closure comes just months after Underbelly announced it was also closing the Montrose spots Hay Merchant and Georgia James, which will eventually move into the Regent Square development at Dunlavy Street and Allen Parkway. Earlier this year, Underbelly also confirmed plans to close multi-concept restaurant One Fifth at the end of the year.

UB Preserv opened in 2018 to expand the exploration of Houston’s diverse food culture, which chef Chris Shepherd first undertook at Underbelly, its flagship restaurant that previously closed in 2018 after being opened. for six years. Shepherd gave Houston-born Momofuku Ssam Bar alumnus Nick Wong an almost free reign over Preserv’s menu, inspired by Viet-Cajun cuisines, Gulf Coast seafood, Tex-Mex. , etc. However, of all the restaurants in Underbelly, UB Preserv, with its limited hours and small menu, has been hit the hardest by the coronavirus pandemic and the ensuing economic downturn.

The good news? UB Preserv will be replaced with a brand new Underbelly bar called Everlong Bar & Hideaway, which is slated to open in January 2022.

“The outpouring of love and sadness over the closure of Hay Merchant has reinforced the desire for a good bar with good food in Montrose,” according to a press release. The name of the bar, inspired by Shepherd’s love for the Foo Fighters group, also conjures up the idea of â€‹â€‹permanence: in a year full of changes for Underbelly (and the restaurant industry as a whole), Shepherd has gone for the restaurant concepts that he thinks has stamina in Houston.

Everlong will take inspiration from the Foo Fighters, “with a cross-appeal but pushing the limits at the same time.” Expect a cocktail-focused menu with a small wine list and limited beer selection. Drinks will include old school (but in fashion once again) Cocktails from the 80s and 90s like Cosmos, espresso martinis and a much-maligned classic, Long Island iced tea.

Food wise, expect some of Hay Merchant’s most popular dishes, including the Korean Braised Goat Dumplings and the Muffuletta Sandwich. Everlong will also have a brand new burger, along with other snacks and dishes to share. A few Hay Merchant events will also continue, including a trivia night, but Everlong will be a completely different bar than Hay Merchant.

As for the team at UB Preserv, Chef Nick Wong and Deputy Chef and COO Leila Frink will be moving to the Georgia James Tavern, the somewhat more laid-back offshoot of the luxurious Underbelly Georgia James steakhouse, which opened the mall. city â€‹â€‹in July. The move of the original Georgia James, who was slated to move from Westheimer Avenue to Regent Square in early 2022, has been delayed for at least a few months. In the meantime, Georgia James will take over the One Fifth building until Regent Square is ready to open, starting in January 2022.

And there is another big announcement. The second Underbelly restaurant planned for Regent Square has finally been revealed, following the success of One Fifth Red Sauce Italian. Shepherd’s new restaurant will be called Pastore, Italian for ‘Shepherd’, and will focus on classic pasta dishes, like Chicken Parmesan, BOH Pasta’s semolina pasta and wood-fired pizzas, which have makes One Fifth’s latest pop-up a success.


Register to receive the newsletter

The Politics of Threat – The New York Times

Intesa Sanpaolo and Iren: agreement signed for the allocation of tax credits up to 170 million euros