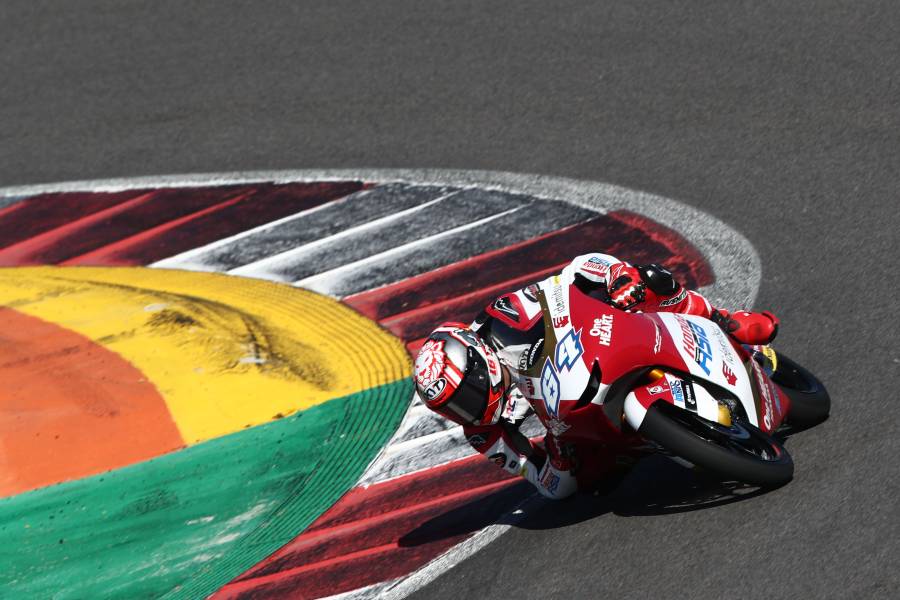 The 21-year-old Italian had a superb 2021, winning five races and fighting for the title until the last lap of the penultimate race, when he was knocked down by a rival.

This will be his third season with Leopard Racing, so Foggia and his crew will use all the lessons learned in their first two years together to maximize their performance throughout the 21-race championship, the longest ever in Grand Prix racing.

Andrea Migno (Rivacold Snipers Team Honda NSF250RW) was the second fastest in these tests, entering his second season with the Italian team.

Foggia’s new teammate, Tatsuki Suzuki (Leopard Racing Honda NSF250RW) was the second best Honda rider, coming in at a sixth place. Suzuki left the Sic 58 Squadra Corse team, which also uses Honda machines. The 24-year-old from Chiba won two Moto3 races in 2019 and 2020, but none last year, so he hopes this new project will regularly bring him back to the top step of the podium.

Furusato’s arrival in the World Championship is highly anticipated, as last year he won all seven rounds of the Honda-backed IDEMITSU Asia Talent Cup. However, the 16-year-old Japanese driver will have to wait a few more weeks to make his Grand Prix debut, after breaking the astragalus in his right foot during private testing at Jerez last month.

That’s why 18-year-old Indonesian Aji will be the team’s sole representative in Qatar this weekend. Aji has contested the last three seasons of the CEV Moto3 Junior World Championship and made his GP debut at the Emilia-Romagna GP last October, finishing 21st location.