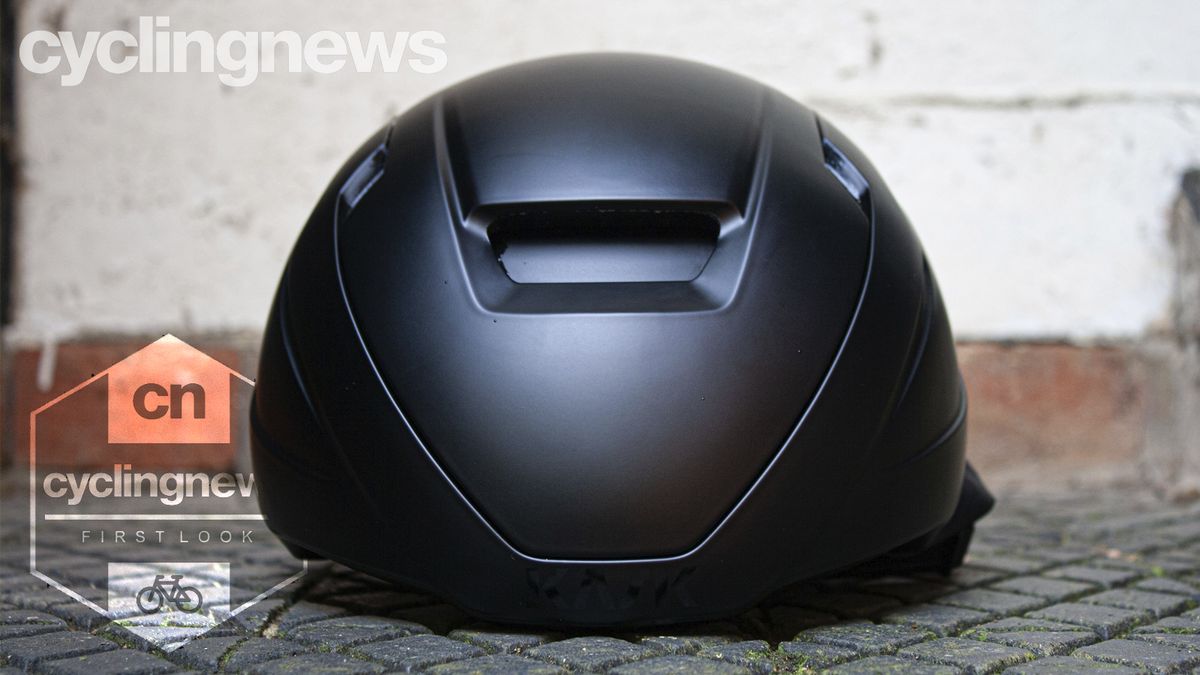 Seen for the first time at this year’s Strade Bianche on the head of the Ineos Grenadiers, the Wasabi helmet from Kask is the top-of-the-range offering of the Italian brand, which is above the Protone, Valegro and Utopia in the product hierarchy. . With so many high-quality options currently competing for a place among the best road bike helmets, it becomes increasingly difficult to make an informed decision as so many options in this competitive space tick all the boxes in terms of safety, comfort, performance and weight.

Like many Italian helmet makers – Met, Rudy Project and Salice included – Kask has built a reputation for its striking looks and svelte contours, and this has always been a strong selling point for the brand. We’ve spent the last few weeks figuring out what makes the new model tick, and that’s what we think so far.

Italians are known for their bold design language and expressive use of shape and color, so I was a bit disappointed with the black on black color theme of my Kask Wasabi helmet. Something this sculptural could benefit from a combination of contrasting colors and surface textures – after all, the team livery on the Ineos Grenadiers version is much more appealing, using bright red / navy hues and a glossy finish. to add more volume and depth – it looks great.

The matte black theme of our Wasabi highlights the sculptural interplay between the hull and the vents, given the right light and conditions. Black’s stealthy neutrality as a color and its ability to adapt to any kit / color combination will likely see it find favor with many cycling fashionistas. In terms of color options, Wasabi comes in six matte-looking pastel options, all of which give it a less than premium plastic look and feel.

In terms of shape, the Wasabi has the typical dimensions of the Kask brand – it has a compact, snug shape that is neither bulbous nor tall, but depends on the shape of the individual head. The helmet uses two vents on the front – one of which can be closed by sliding the center panel into the helmet shell. The rear end uses six separate exhaust ports that help optimize airflow and release heat when the sliding center vent is opened.

As is the case with all Kask products, the Wasabi features a synthetic eco-leather chin strap that has been shown to be effective in preventing skin irritation for extended time in the saddle. Speaking of straps, the helmet straps are close to the face and while they don’t offer any type of adjustment, the overall fit is excellent. Other notable details include a collection of glossy Kask logos located on the front and sidewalls and a high visibility reflective sticker on the back.

The problem with many aero helmets is limited ventilation, but Kask has found a balance here by equipping the Wasabi with a center vent that slides upward to let air flow up front and through internal ducts to the front. the exhaust ports at the rear. It works great, especially when things get hot on a climb. What’s great about this feature is that the Kask Wasabi can be used all year round to keep your head warm in winter and cool in summer by simply sliding the vent up or down. the bottom. In the closed configuration, the temperatures inside the Wasabi helmet will be 1.5 degrees Celsius higher than the open position. Whichever configuration you use – up or down ventilation – it was designed as an aero helmet with less than one watt of efficiency loss, measured at 50 km / h in the open position.

A clear omission is that of any specific directional anti-slip coating. Kask has never been a supporter of MIPS or any other spinning technology for that matter – claiming Wasabi has undergone “rigorous testing well beyond mandatory industry standards” – which he says. calls the WG11 protocol. As I mentioned in my review of the Met Rivale MIPS helmet, crash testing is a difficult area to quantify and other than physically subjecting the helmet to an actual crash, it’s nearly impossible to make those claims. to the test, but Kask is quick to point out that all of his helmets offer “the best possible protection against rotational impacts.”

In terms of fit, Kask is one of the few brands that has it all on hand. The Wasabi comes in three sizes (S, M, L) and benefits from the brand’s legendary Octo Fit retention system allowing vertical and horizontal adjustment, which is a godsend for riders with ponytails. Comfort is further optimized by the addition of merino wool padding inside the shell. Developed in partnership with REDA (a market leader in the production of merino wool), the internal padding claims to help with ventilation and moisture wicking – the latter point works really well in preventing sweat and moisture. eyes and eyebrows.

Although there is no â€œgarage for the eyesâ€ storage system on board, the helmet pairs well with sunglasses, especially with the Koo sunglasses developed by Kask. Having said that, other brands like Oakley and 100% are also compatible. Looking at the specifications in detail, especially the claimed weight of the product, the Wasabi was 25g lighter than the 290g quoted by Kask (265g on average). Having received the helmet just a few weeks ago, testing has been limited but performance has nonetheless been impressive – wind noise is minimal at speeds of 30-40 km / h (it becomes a bit more audible at speeds of 30-40 km / h). descending speeds) and the temperature management via the central vent control works very well.

The Kask Wasabi is an impressive helmet offering great aerodynamic advantages, temperature management and comfort levels, but it comes at a pretty steep price point. In fact, at Â£ 269 / $ 350 / â‚¬ 300, it sits at the higher end of the price spectrum for the best road bike helmets. For me, personally, a helmet is as much a style element as it is a measure of protection and safety and its look and feel is a big part of the buying process.

In this regard, the Kask Wasabi nailed one of those aspects: comfort. This is not so much the case when it comes to the aesthetic aspect of things, but it can be solved by simply playing with complementary color combinations and glossy / matte surfaces – something we’ve seen on the before. edition of the Kask Wasabi team of Ineos Grenadiers.

More tests await, especially in the coming winter months, where we will put its all-season capabilities and interdisciplinary pretensions to the test.

Stahnsdorf cemetery: the hidden city of the dead