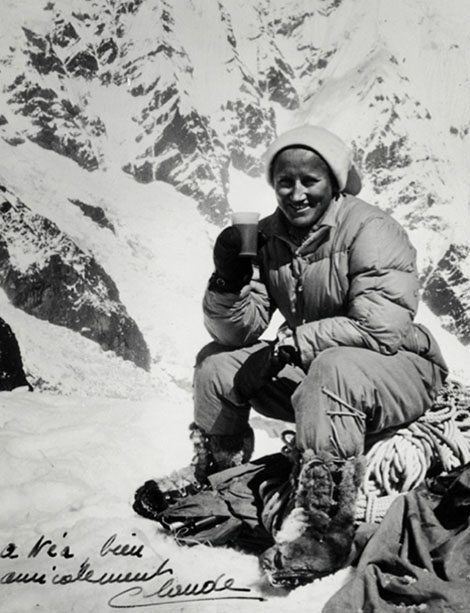 Are winter hikes on the Appalachian Trail the next thing? Scott Benerofe completed a rare and daunting winter hike heading south from the AT. His self-proclaimed normality about exertion suggests such treks might not remain uncommon for long.

A 4,300 km cycle race is now even more extreme: The Tour Divide, a bikepacking race from the Canadian Rockies to the US border with Mexico, has always been a test of courage. But extreme weather conditions make it much more dangerous.

Fire of Love Trailer: From National Geographic Documentary Films, the quite extraordinary love story of intrepid French scientists Katia and Maurice Krafft, who died as explosively as they lived, capturing the most spectacular footage ever recorded of their greatest passion: volcanoes.

The “tallest woman in the world”

Claude Kogan led the first all-female team to test a Himalayan giant: In 1959, the whisper of a five-foot-tall woman, French swimwear designer and mountaineer Claude Kogan, set out for the 8,188m Cho Oyu, the sixth highest mountain in the world. She was joined by her friend Claudine van der Stratten from Belgium and Ang Norbu Sherpa in what was to be the culmination of the first all-female expedition to an 8,000m giant Himalayan.

Mountain Literature Classics: Full Tilt by Dervla Murphy: Murphy, who died in May, was probably Ireland’s best known and best loved travel writer. Full Tilt: From Ireland to India by bikepublished in 1965, was the first of over 20 books of mostly solo travel by bicycle, bus, and mule.

Donald Lawson is about to tear up the sailing record books: The 40-year-old captain is taking the sailing world by storm, aiming to break dozens of records, including the fastest single-handed, non-stop circumnavigation of the globe.

How climate change is making extreme weather a regular occurrence