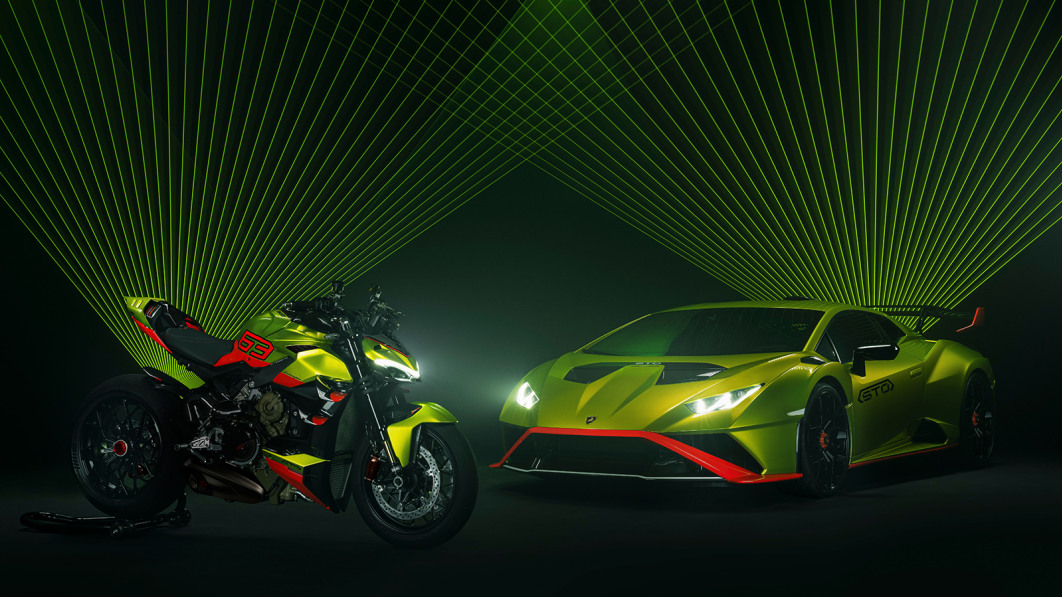 Ducati has unveiled its new two-wheeled mashup with parent manufacturer Lamborghini. The Ducati Streetfighter V4 Lamborghini follows in the footsteps of the 1260 Diavel, this time taking inspiration from the Huracán STO, bringing together two Italian icons with common styling cues for a limited run of bikes designed for those who need so many ponies. romantic as possible in their garage.

For the latest approximation, Ducati says it applied its famous “Fight Formula” to the existing Panigale V4 S (the latest Streetfighter makes 208 horsepower and 90 pound-feet of torque), then went a step further by incorporating styling cues. which are “unmistakably Lamborghini”. Depending on which generation of Lamborghinis you grew up with, that could mean just about anything. Do you remember the 80s? Like, all? But in this case, Ducati and Lamborghini have opted for a mix of modern styling and heritage inspiration.

Pretty much every part of the bike has at least been breathed if not downright redesigned. From the wheels, which are custom designed for this model, to the fender design meant to evoke the STO’s air intakes, virtually everything you see is unique. Most of the little bits are made from carbon fiber (including the tail, tank cover and end caps) and the STO emblem is displayed subtly (believe it or not) on its flanks.

The livery includes #63 (as on the Diavel) as a nod to the founding year of Automobili Lamborghini. This is also the number Ducati used to determine how many units it would produce: divide 630 by 10 and here. Ducati says it will also be offering an even more limited run of unique models for (you guessed it!) 63 lucky Lamborghini customers who will have the opportunity to match their bikes to their existing (or future) cars.