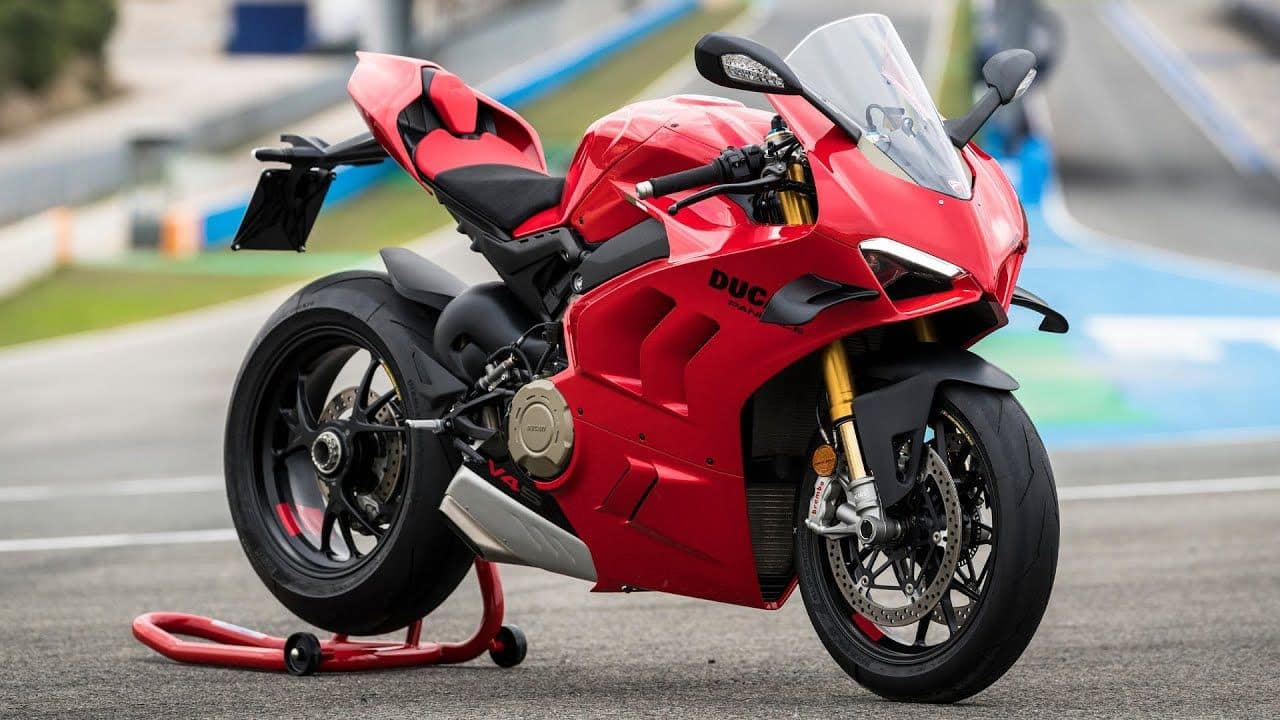 Ducati Panigale V4 2022: all you need to know about its variants

The standard Panigale V4 received a host of updates including revisions to the engine, gearbox, ergonomics, electronics, chassis and aerodynamics.

Ducati has launched its 2022 Panigale V4 range which consists of three variants, the standard V4 which is priced at Rs.26.49 lakh, the Paniagle V4 S at Rs.31.99 lakh and the top-end Panigale V4 SP2 available for Rs. 40.99 lakh, all prices ex-showroom India.

Apart from the prices, these variants also have different powertrain specs and figures. Let’s decode them individually.

The standard Panigale V4 received a host of updates including revisions to the engine, gearbox, ergonomics, electronics, chassis and aerodynamics.

The standard 2022 V4 now comes with a variety of driving aids and in terms of design, it sports split LED headlights and cooling ducts in the side panels. Powered by a liquid-cooled Desmosedici Stradale 1,103-cylinder V4 engine, it gets a new muffler and oil pump.

The V4S retains the same Desmosedici Stradale 1103cc, V4 cylinder, liquid-cooled engine and has the same power output as the standard version.

The hardware setup is upgraded to V4S as it features Ohlins NPX 25/30 front forks and an Ohlins TTX36 fully adjustable rear shock system. It is fitted with 330mm front discs with Brembo Monobloc Stylema calipers and a 245mm rear disc with Brembo calipers.

It also benefits from the same safety features as the standard model, including electronic suspension adjustment, with an Ohlins shock absorber, lithium-ion battery, Marchesini wheels and racing-style grips.

The Panigale V4 SP2 is adorned with the “Winter Test” livery, in which the matt black of the fairings combines with the matt carbon finish of the fenders. It also sports contrasting bright red accents and an exposed brushed aluminum tank.

The double profile fenders are adorned with the Italian flag which also appears on the official Panigale V4 R SBK. While Ducati has yet to reveal more details about its specs and powertrain.