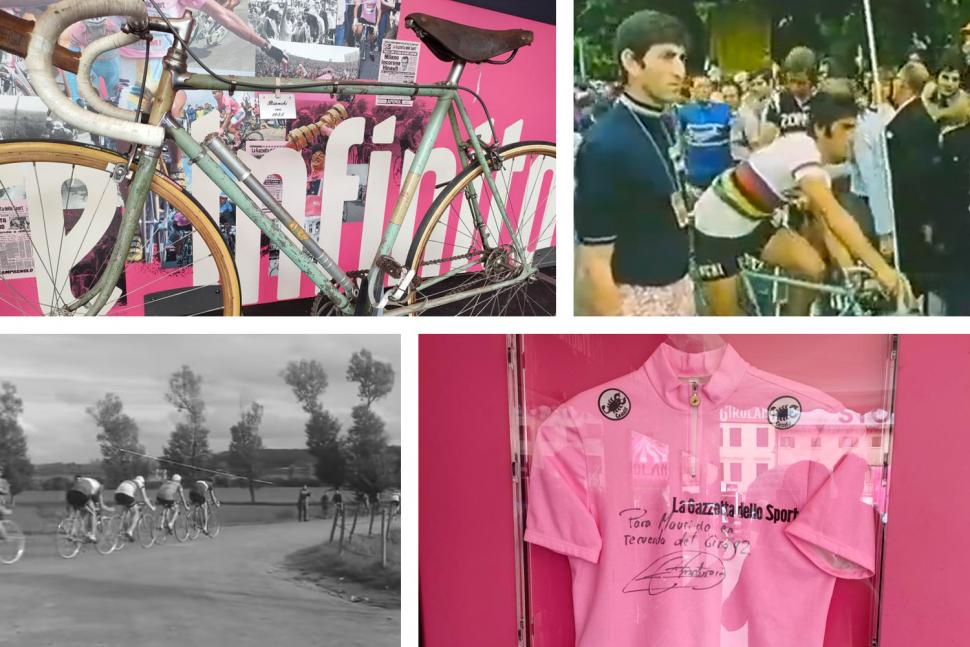 Just a few decades ago, all we saw of major continental bike racing on TV in the UK was a short weekly five-minute roundup of the Tour de France on the Grandstand or World of Sport , and even then it was often a very small segment so as not to interrupt football or horse racing. As for the Giro, there was absolutely no idea or coverage of this great race on small screens in the UK.

Once in a while, a local club or group may somehow get access to a cinematic screening of a classic cycling movie from the past, like the Stars & The Water Carriers, and cyclists everywhere will would turn for these rare dodo. projections.


Oh, how times have changed, and these days we can all watch all the racing action, however minor, with the flick of a thumb on our smartphones.

Even so, the epic documentaries and films of those short days still hold their own and are true masterpieces born of passion and courage. They offer an incredible insight into the sport of cycling as it once was.

The Stars and the Water Carriers

This is perhaps the quintessential retro classic of the Giro d’Italia, in which Danish poet and filmmaker Jorgen Leth documented the 1973 Giro. He originally planned to follow his compatriot Ole Ritter throughout the race, who was one of the fastest time trialists and most promising young Giro contenders at the time.

As is the nature of Grand Tour racing, things played out somewhat differently, and the film’s lens drifted superbly with that to show what would prove to be one of the most dominant victories ever. Eddy Merckx; although it has to be said that brilliant Spanish climber and underdog Jose-Manuel Fuente of Team Kas stole the hearts of viewers with his pre-Pantaniesque attacking style in the mountains.

There are incredible behind-the-scenes and intimate glimpses into the daily life of the teams and riders on tour, most of which focus on Ole Ritter and Felice Gimondi through their Bianchi Campagnolo team. It was all done in a very artistic way, maybe that’s what really sets this movie apart.

The greatest show on earth

In what could be considered an unofficial sequel to The Stars & the Water Carriers, highly acclaimed German director Michael Pfleghar set out to follow the 1974 Giro in his film, The Greatest Show on Earth.

Although the cast is much the same as in the 1973 Giro, the film has a very different approach and feel, with more of a traditional documentary style of approach and feel. At the start, the film even features a cameo appearance by the Pope himself in Vatican City.

Much of the film focuses on the epic mountain battles between Merckx (who ultimately won) and Fuente, and it offers poignant and direct insights into the emotions and thoughts of the riders, as well as documenting the reactions of the tifosi in progress. of road.

There are also great images of two young rising stars of the era, Roger De Vlaeminck and Francesco Moser, the king of the Belgian classics clearly demonstrating that he was no slouch when the steepness increased either.

A far cry from the Giro documentary films, we have the 1948 comedy Totò al Giro d’Italia, a very unusual yet entertaining film in terms of cycling.

Toto (also known as Antonio de Curtis due to his extremely long surname) was a very popular Italian comedian and actor who made several major films in the 1940s and 1950s, including Toto al Giro.

In the film, Toto plays a school teacher who dreams of winning the Giro to impress a cycling fan he dreams of…and so obviously he sells his soul to the devil to achieve success (sound familiar!)

The film is not serious and informative, it is in black and white and in Italian (subtitled in English). There are great scenes with Fausto Coppi and Gino Bartali, the Italian stars of the time, playing each other out during the race and the film. You’ll also get a glimpse of many other big names from the era along the way.

While it’s not everyone’s grappa, it’s definitely worth watching, and it’s still a fun watch in any language. It’s probably as unique as it gets when it comes to cycling movies.

> 18 of the best cycling movies on Netflix, Amazon Prime Video and DVD

Okay, so there’s no direct connection to Giro in this one; although it’s an Italian classic and well deserving of a spot on this list (it’s also featured in our roundup of the best cycling movies).

This film is more than worth sitting down with a bottle of Chianti for cyclists and non-cyclists alike, as it truly is an imposing work of art. Filmed in 1948, Bicycle Thieves (Ladir di Biciclette) is a true classic film, widely regarded as one of the best and most impactful films of all time.

The film was directed by Vittorio di Sica and follows the story of a poor father (Lamberto Maggiorani, as Antonio Ricci) living in Rome just after World War II. After getting his pawned bike back, Ricci is offered a lifeline through a job pasting advertising bills, but his bike is later stolen and he is unable to accept the offer and feed his family. He goes looking for the thief and, out of desperation, it eventually leads him to steal another bike.

This article is of course focusing on the retro and pre-Lycra era Giro; although there are many other recent documentaries about the Giro. Here are a few of our favorites:

Pantani, The accidental death of a cyclist

Giro d’Italia – Against all odds

What did we miss? Let us know in the comments as always.