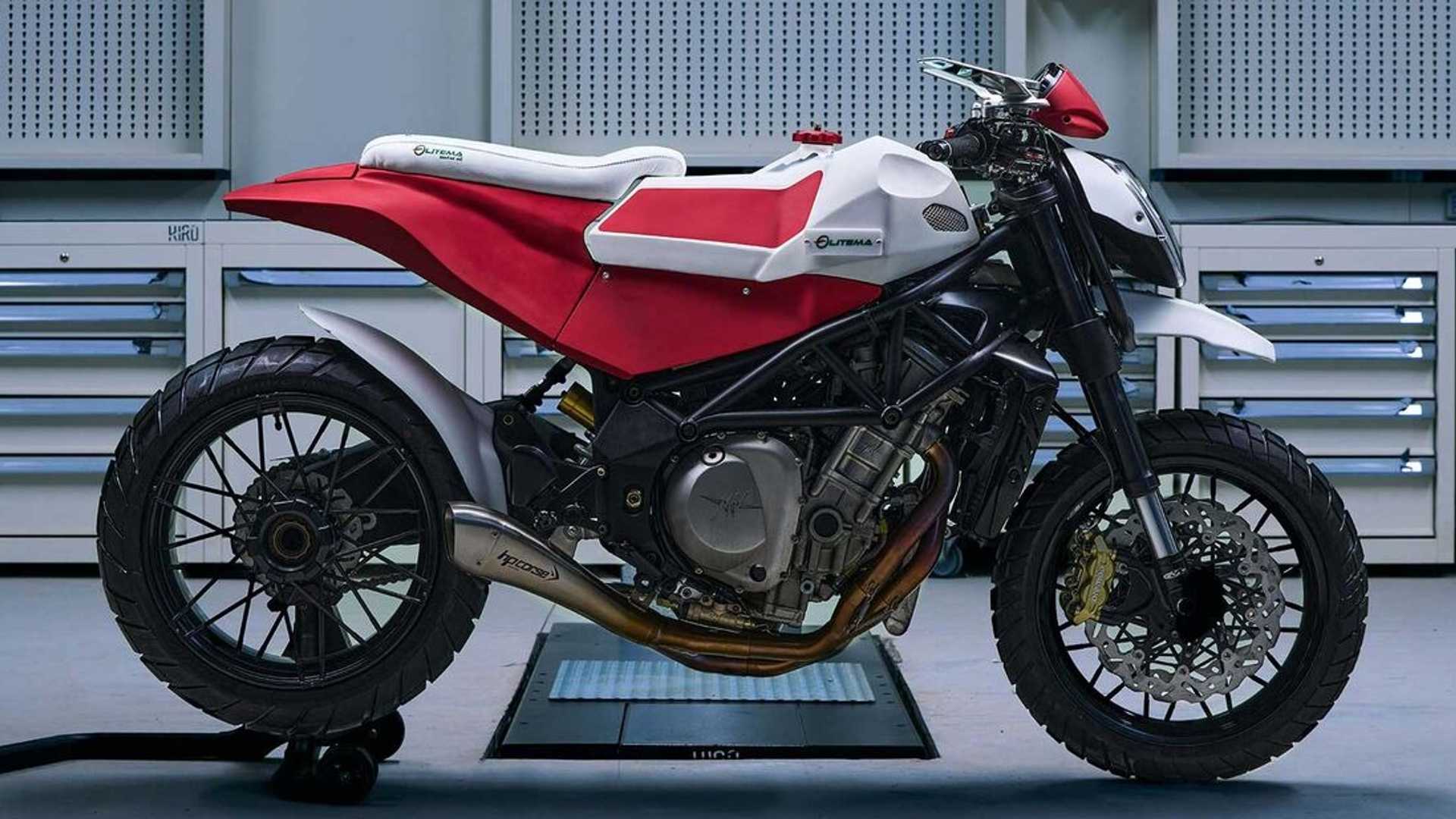 We all know MV Agusta as a boutique Italian motorcycle manufacturer that is all about motorcycle artistry and uncompromising performance. Without a doubt, MV Agusta’s roster is home to some of the most striking and sometimes polarizing machines, at least in terms of styling. For starters, the MV Agusta Dragster, with its extravagant bodywork and cute wire-spoke wheels, is definitely not everyone’s cup of tea.

Still, it’s hard not to be impressed with the attention to detail that craftsmen from MV Agusta’s design division have put into all of their machines. Now, what if the striking style of MV Agusta isn’t enough for you? How do you make an already beautiful limited edition bike even more unique? Well, you customize it, of course. What you’re looking at here actually started life as the bone stock MV Agusta Brutale 1000. Now almost unrecognizable in its current form, the machine has taken on a more rugged appearance, suggesting it’s ready to brutalize no only the streets, but the paths too.

This bespoke creation was made by Officine GP Design, a custom shop based in Turin, Italy. It was commissioned by Olitema, an oil company seeking to reduce its carbon footprint. Now, what’s interesting is that Olitema’s vision is actually to find ways to make its manufacturing processes as carbon neutral as possible. I’m sure I’m not alone in thinking that a naked streetfighter powered by a 1000cc superbike isn’t exactly what you associate with carbon neutral. That said, the build is surely polarizing in more ways than one, but nonetheless, an impressive work of art.

The rugged look is definitely the most noticeable aspect of the build. The Scrambler’s style is defined by its radically sculpted aluminum body and saddle, located at handlebar height. Considering the seat height and bar height, this will almost certainly put the rider in an awkward riding position. The airbox liner and tail section are painted crimson and appear to be covered in a faux suede material. A long fender was added to the swingarm and a raised front fender was added to the fork. Finally, the bike is equipped with Jonich spoke rims shod with dual-sport tires.

The liter-class four-cylinder engine breathes through a shiny new exhaust system that includes an HP Corse hydroformed muffler. The metal is pressed into a mold at room temperature using an emulsion and immense pressure to achieve this beautiful seamless effect. The metal retains all of its strength, stiffness and heat resistance qualities as a result of this process.