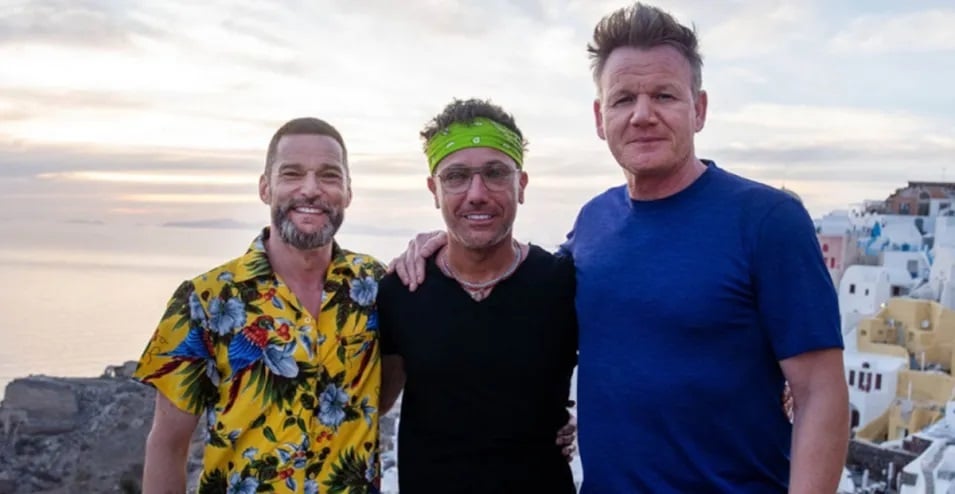 Can Gordon Ramsay beat the Greeks for the best souvlaki?

Gordon Ramsay’s televised adventures in Greece were full of hilarious incidents, but the show featuring his challenge to celebrity chef by a souvlaki maker in Athens stands out among them all.

Ramsay’s culinary and traveling ITV show â€œGordon, Gino and Fred’s Road Tripâ€ covered Greece last month. The trio of chefs and friends traveled across the country, cooking their versions of Greek cuisine and taking in the views.

Souvlaki is the most famous and internationally recognized Greek fast food restaurant. It consists of pieces of meat on a skewer, vegetables and fries, all wrapped in a round pita. Greek cooks have been offering this delicacy for some time on at least three continents, including the UK, where Ramsay is from.

In a scene from the second episode of their hit series, the trio visit an Athenian souvlatzidiko, a souvlaki store. Almost immediately, a war of words ensues between one of the chefs of the boutique and the famous Italian chef Gino D’Acampo.

The Greek chef called Gino a “pizza boy” and questioned the chef’s pizza skills, the Italian asking him why that matters since they make “kebabs”. “No, no, not a kebab, it’s souvlaki in Greece,” said the Greek chef, adding: “yes pizzaiolo, it’s souvlaki.”

Scottish chef Ramsay thought his exchange was completely heated. After this scene, there was a fierce competition between two souvladitziko (souvlaki taverna) chefs on one side and Gino and Gordon on the other.

Gordon can be seen telling Gino, “Just stop calling it a crazy kebab.” The Italian was quick to hit back “he calls me a pizza delivery boy”, which, despite his laughter, apparently really offended the Italian chef.

The duel between the Greeks on one side and Ramsay and Gino on the other was on. Once the two dishes were ready, the French colleague of the chefs chose the Greek souvlaki as the winner.

However, intrepid Ramsay and Dino did not give up the fight, asking two Greek souvlatzidiko owners to deliver their own verdicts. The first chose the Greek souvlaki, but the second chose the chefs version.

In the first episode of “Gordon, Gino and Fred’s Road Trip” in Greece, another incident took place that will go down in television history. After Ramsay attempted to create a sauce and asked a yiayia (grandmother) to taste it, she was extremely – how shall we put it – unimpressed.

Ramsey was trying to make salsa verde, a sauce made from the famous capers that grow on the island. He needed the sauce to accompany a plate of shrimp he was preparing for the show.

After finishing the sauce, Ramsay asks the yiayia who had offered him the accommodation to taste it. Confident, excited and sure of the yiayia’s verdict, he was stunned when she told him, â€œYou used too much salt.

Earlier in the first episode, Ramsey and Gino D’Acampo had a heated argument over Greek cuisine versus Italian cuisine. Gordon told Gino he thinks Greek food is better than Italian food, as the stars sat down on a luxurious ship sailing the seas.

In the rather unexpected scenes that followed, Gordon and Gino ended up finding themselves in a row of rather heated Mediterranean dishes, as Fred Siriex decided to side with Gordon.