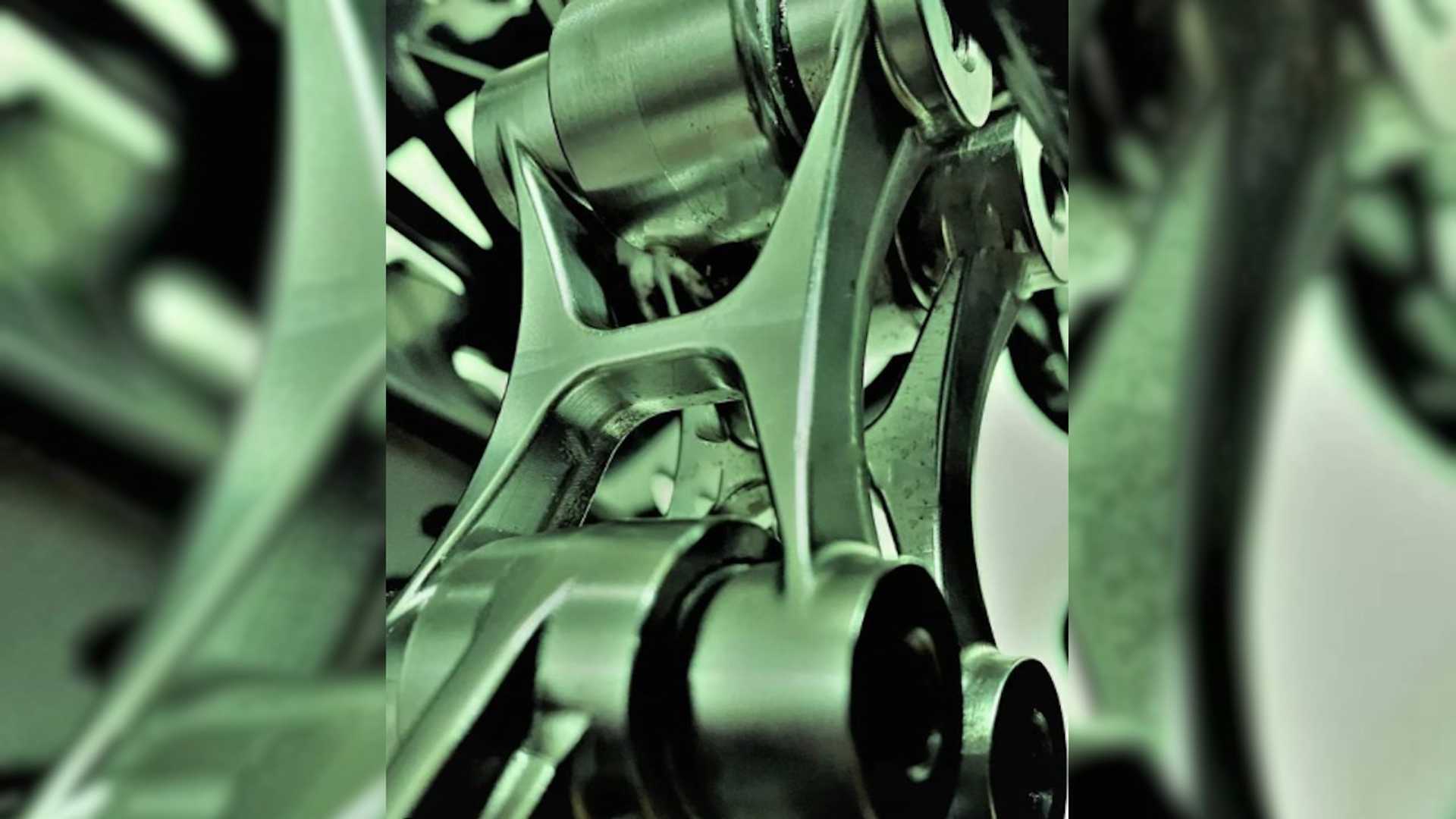 Bimota, an Italian boutique motorcycle manufacturer, has always been known for its exclusivity and extravagant performance-oriented machines. For example, the Tesi H2, developed in partnership with Kawasai, is unlike any other bike, as it is the only sports bike to feature such a crazy front end. The KB4, on the other hand, is a bit more conventional, based on the Kawasaki Ninja 1000.

Now, it’s understandable that Bimota, being the small company that it is, doesn’t have the capabilities to produce and manufacture new bikes as quickly as its counterparts. As such, we have a number of Bimota concept machines floating around, which might pop up out of nowhere when we least expect it. Well, to further fuel our excitement, Bimota recently released a teaser on their social media platforms. In an Instagram post on Bimota’s official account, a photo of what appears to be an intricate linkage component in a motorcycle chassis is featured.

Bimota does not comment on what it actually is. The caption simply reads: “New year…new project!” So what could it be? Well, your guess would be as good as mine, but here’s what I think. Now, by “New Project,” Bimota could refer to an all-new bike or the reimagining of an existing model. Obviously, one of them is more exciting than the other. Judging by the posted image, it could very well be a brand new machine. Interestingly, the Japanese auto and motorcycle publication young machine decided to overthink Bimota’s Instagram post, digging really, really deep to speculate what it might be.

According to the publication, the teaser could refer to a three-wheeler, something like the Yamaha Niken. Bimota’s machine, however, was designed in partnership with Kawasaki, which filed patents for this cantilever arm in 2018. That won’t come as too much of a surprise, because delivering wild, quirky, fast machines is definitely one of the best Bimota suits. , especially now, with all the restructuring going on with its Japanese partner Kawasaki.

Of course, the teaser could also hint at something else. Heck, who knows, maybe Bimota is intentionally tricking us by posting a photo of something unrelated to a motorcycle model? That being said, a reasonable guess would be that Bimota will be updating an existing machine in their roster – perhaps the Tesi H2? With Kawasaki unveiling the 2022 Ninja H2 at EICMA last year, it won’t be too surprising that the Tesi H2 has supported some of the updates.