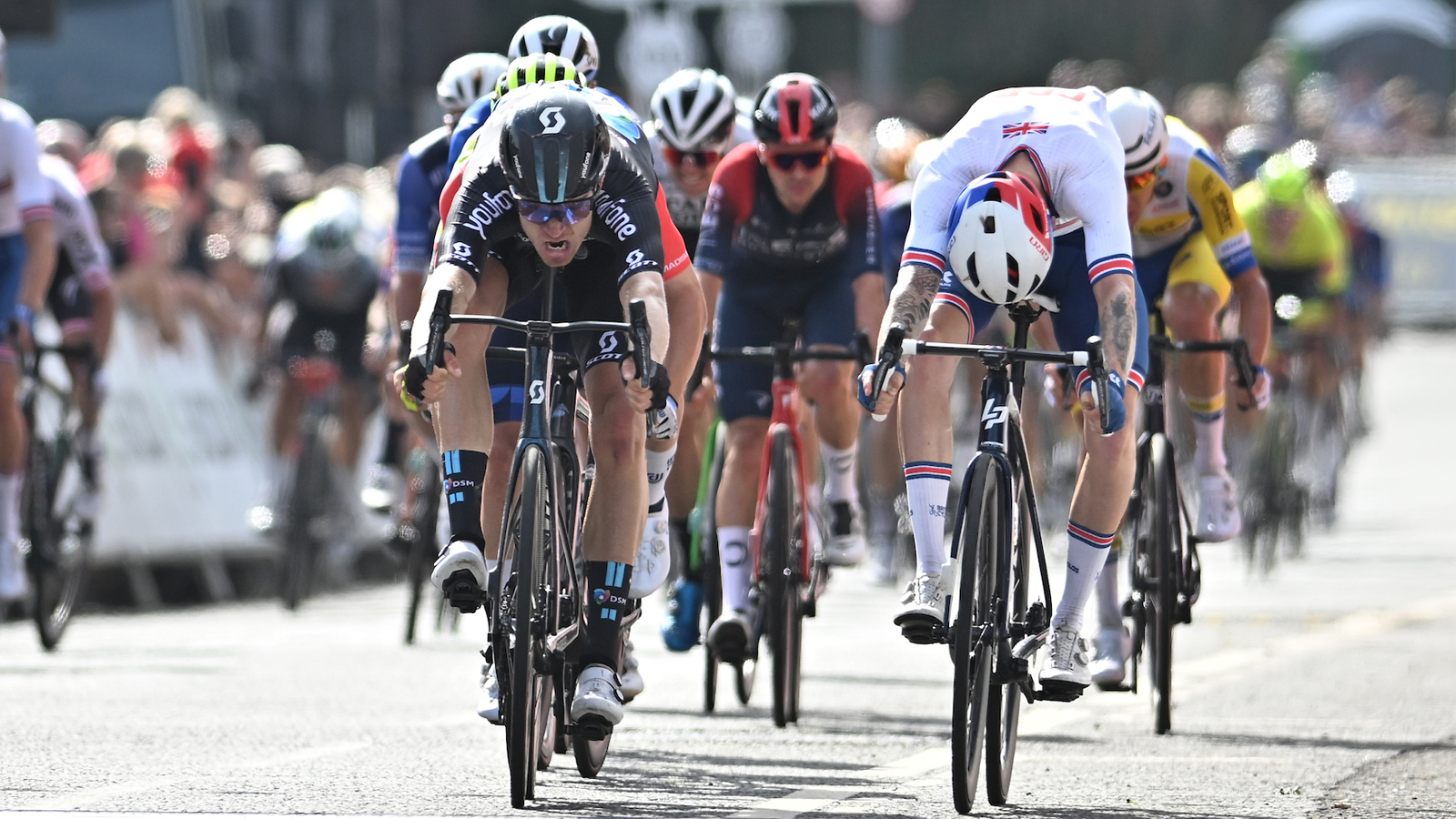 Cees Bol claimed his first victory since March 2021 in dramatic style as he dramatically beat Britain’s Jake Stewart to win stage two of the AJ Bell Tour of Britain at Duns on Monday.

The Team DSM rider timed his sprint and bike toss to the line to perfection to claim his first victory in the race, denying Stewart the same feat in the process.

Corbin Strong (Israel – Premier Tech) finished third to extend his lead at the top of the standings and grab the leader’s jersey from AJ Bell for another day.

The Kiwi driver now leads eight seconds behind Stewart, with Omar Fraile (INEOS Grenadiers) at the same time, and also holds the Dodl by AJ Bell points jersey with an extended eight-point advantage.

“It was obviously a beautiful day for me,” Bol said. “But it was quite a difficult day. It was not an easy stage and at the start of the final the first two climbs were in the downwind sections and it was really very difficult. I was on the verge of giving up and giving up. I kept fighting, then in the headwind it was a little easier to stay in the peloton, then at the top of the last climb my teammates found me and put me in the best position. From there it was just the last 200m to fight, fight cramps and throw the bike on.

Race leader Strong said: “I’m confident because I’m sprinting well at the moment. I was there or thereabouts but there were still some fast guys at the finish so third was the best I could do today. I’m really happy again, and I hope it will continue.

“It’s a really nice experience and quite humbling actually. Having guys I grew up watching like Michal Kwiatkowski and Riche Porte congratulating me is a really cool feeling as a young neo-pro. It was a nice day for me and I hope it will continue.

Video: Highlights of the second stage of the AJ Bell Tour of Britain

The race had kicked off as the peloton tackled a trio of late climbs from ŠKODA King of the Mountains in the Lammermuir Hills above Duns, with the last riders of the day’s breakaway – including the sprint leader from Sportsbreaks.com Matt Teggart (Wiv SunGod) – caught just after the top of the Wanside Rigg.

INEOS Grenadiers then controlled the race on the narrow roads through open moorland until the second climb, with Jacob Scott (Wiv SunGod) jumping near the top of the second Mainslaughter Law climb to get enough points to enter the ŠKODA King of the Mountains Jersey which he won in the last two editions of the AJ Bell Tour of Britain.

The Belgian seemed to have done enough on the fast descent to Duns but was first caught by Magnus Sheffield (INEOS Grenadiers) and then, as the pair hesitated, a peloton led by the DSM team.

DSM put Bol in a good position entering Duns, but as the road gradually climbed past the Jim Clark Museum it looked like a late charge inspired by the Great Britain team would deliver Stewart to victory, only for the Coventry driver to be denied by the narrowest of margins.

For Stewart, the result marks a better performance in his home circuit, coming a day after finishing just outside the top 10 at Glenshsee Ski Center on Sunday.

“We can be happy with the job we did, obviously it’s disappointing to come back second but the guys did a really good job and we’ll pick it up from here,” said Stewart. “We had a good day yesterday and a very good day today, and there are still a lot of opportunities to come.

“We had a plan for the day with the boys and we executed it very well. We knew where we needed to be on those final climbs. We had Sam [Watson] there to get us out, we knew it was an uphill sprint with a slight headwind and really, I wanted to come from behind but we ended up in front. I was quite confident in my long sprint, I was always pretty good over a long distance, but in the end the finish was about five meters too far!

Wiv SunGod holds both the Sportsbreaks.com sprints and ŠKODA King of the Mountains jerseys with Teggart and Scott respectively, while fellow Briton Saint Piran made his first visit to the AJ Bell Tour of Britain podium as ‘Adam Lewis won the Adyen Combativeness Award.

Highlights of second step are on ITV4 at 10pm on Monday September 5 and available on demand for 30 days via the ITV Hub.

The AJ Bell Tour of Britain resumes the day three in the northeast of England on Tuesday September 6 with a stage between the cities of Durham and Sunderland. Stage three takes the race 163.6 kilometers (101.7 miles) via Chapel Fell in the North Pennines – England’s highest paved pass – through towns like Barnard Castle and Bishop Auckland. Live coverage of the scene begins on ITV4 at 10:45 a.m..

2023 Maserati Ghibli, Levante and Quattroporte Prices and Features for Australia