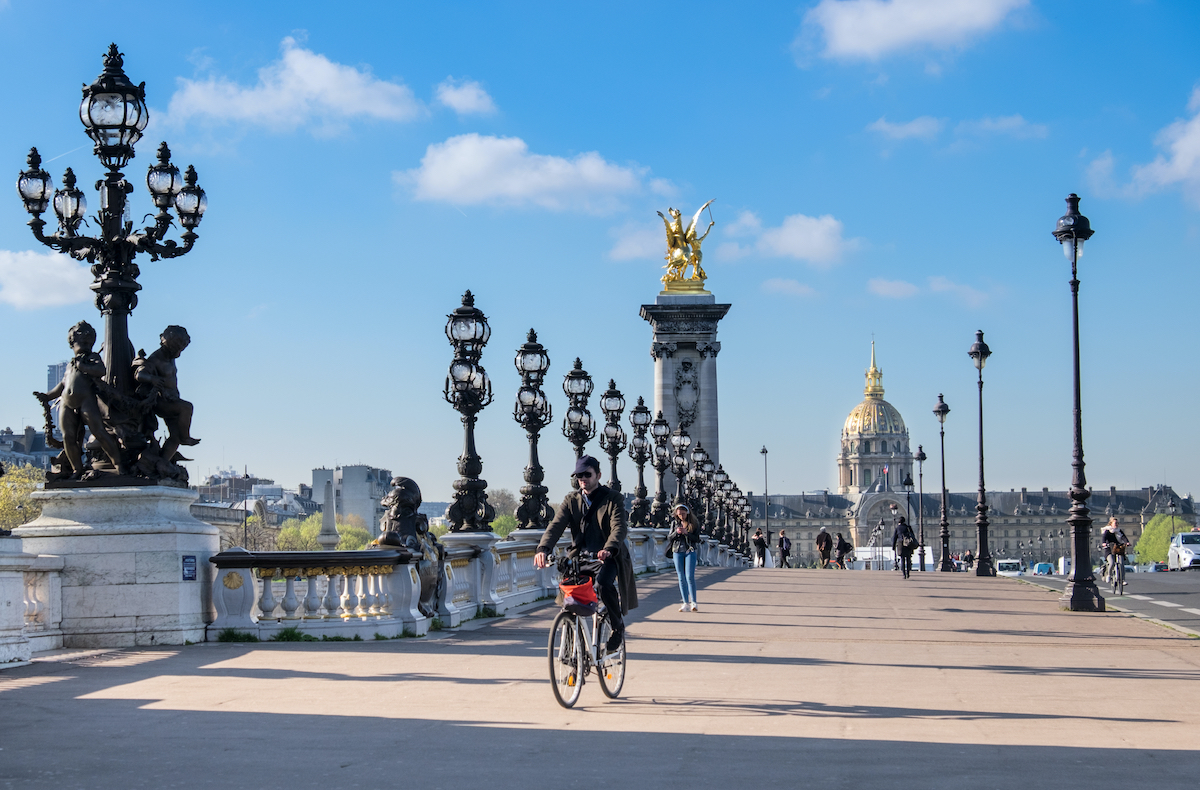 There is no doubt that the best way to discover a city is on foot. The slower you go, the more you see, the more detail you notice, and the more relaxed you are. But a close second is to rent a bike and leave the traffic on the streets and the pedestrians on the sidewalks behind.

European cities have always been bike-friendly; Growing up in Germany, I rarely used public transport, let alone taxis, as I always had my bike with me to go to school or see friends. And today, with a push towards greener living and trying not only to make cities more livable by opening streets and avenues to pedestrians while closing them to cars, and (thereby reducing toxic fumes), more and more bike lanes are appearing, providing a great and much safer way to explore city centers.

A recent survey by Jorvik Tricyclesone of the world’s leading suppliers of tricycles, has highlighted the best European cities to explore by bike and tricycle, looking at many of the factors that go into making a city bike-friendly, including

Take the first place: A city that is not immediately expected.

Having visited all of them and even lived in one of these towns, and having cycled in a few of them, I can attest to the friendliness of these towns for bikes and recommend either cycling trips following your own itinerary, or organized cycling tours as a superb means. to discover each destination.

I have to admit, I didn’t expect Rome to come out on top. Amsterdam or Paris, yes. But Roma? Rome has always been a difficult city to navigate. Yet not only is riding a bike much faster than getting stuck in car traffic, and since the city is also quite sprawling, if you’re short on time, cycling is definitely better than walking, trying to reach as many stunning sights of Rome as possible.

Add to that all the tiny alleys, hidden piazzas and narrow alleyways, which you can’t even reach by car, and you have a much better chance of discovering more “secret” and wonderful little places in Rome by bike.

Although not necessarily known for its cycle paths, there are a few great routes which you can follow to make the most of the city.

Pro tip: Rome being rather hilly, perhaps rent an electric bikeor an old-fashioned Vespa, for that real Italian feeling.

Paris has around 600 miles of cycle paths, and during COVID has gained many more, with important thoroughfares such as Rue de Rivoli having been closed to normal traffic except for buses and taxis, and opened to cyclists instead. You will find Vélib terminals throughout the city, and these rental bikes are easy to use, offering both mechanical bikes and e-bikes, with the green bikes being the normal bikes and the light blue bikes being the e-bikes. All you need is the app.

Pro tip: You can also forgo the Velib bikes and just join a guided bike tour with bikes provided. There is a lot of circuits and itineraries to choose.

The city that immediately comes to mind when thinking of European ‘only’ bike-friendly cities comes in third place according to Jorvik’s survey. There are actually more bikes than people in Amsterdam — 1.33 bikes per personand according to Jorvik, Amsterdam has over half a million kilometers of mapped cycle paths (many of which overlap) and 7,923 cycle paths across the city.

Pro tip: Just like in Germany, in the Netherlands you brake by pedaling in reverse rather than using handbrakes. It takes a bit of practice, but you’ll get there.

Prague is another city where a bicycle saves you time and effort. And, if the weather is nice, you can cycle along the Vltava River and into the countryside, with lots of mapped routes and organized guided tours available. There aren’t half as many bike lanes in this town as in other towns, but the traffic isn’t too bad either, so you feel a lot safer on the roads, and you’re – at time of writing – still allowed to ride throughout the Old Town, although there have been talks of banning it. Just be very careful with any tourists stopping unexpectedly for selfies.

Pro tip: To avoid having to cycle up to Prague Castle, you can indeed take your bicycle on the funicularas well as buses and the metro, free of charge.

If you plan to cycle in Prague, know that you can actually ride from there to Vienna, through stunning countryside, for a truly special journey with plenty of sightseeing stops along the way. But you can also fly and discover Vienna on two wheels.

The old imperial city is very cyclable and perfect to be discovered by bike with visits ranging from tours of the city center to trips through the vineyards surrounding Vienna. While the tours will provide you with bikes, you can also go it alone with WienMobilthe public rental service with 185 rental stations throughout the city, very easy to use.

Pro tip: While you’re in town, don’t miss a visit along the Donaukanalthe Danube Canal, whether on foot or by bike, or even by boat.

As I mentioned, growing up in Germany (long enough ago!) everyone was always on a bike, which has only gotten worse in recent years. Running just behind Amsterdam, there are a few 72 million bicycles in Germany, nearly one per person, and the country has the necessary infrastructure. In the capital, Berlin, it is no different. Last year alone, a detailled plan for over 1,800 miles of bike lanes has been unveiled, and just about every road and sidewalk already has bike lanes in place.

To explore the city, which is large, with rivers, lakes and vast forests within the city limits, there are a plethora of organized activities visitsfrom the highlights of the sights to a stroll along the (old) wall.

Pro tip: While it’s tempting to stop at every Biergarten along the route, beware, although much more lenient than the alcohol level driving a car (0.05%), there is still an alcohol level maximum of 0.16%, and you could end up with a fine. to ride a bike while intoxicated.

In Lisbon, you’ll be torn between hopping on the cute trams, taking the elevators that dot the city to save your breath, or strolling through the pedestrian zones. But, there are a few sites located outside of town, such as the aquarium on one side and the Belém Tower on the other, which are best accessed by rent and ride a bike.

Drive along the Tagus to Belem, and then you can eat your Pastel de Nata without guilt. You can even take the ferry from Belém and load your bike there to get to Costa da Caparica beach on the other side of the river to make a day of it. For more ideas, there are plenty of organized tours who are worth joining.

Pro tip: One of the highlights of any vacation in Portugal is the food you find locally. So why not combine bike and meal on this food tour?

If you are interested in European royalty, you will have come across Crown Princess Mary (of Australian origin) taking her children to school in a tricycle. In Copenhagen, about 50 percent of all residents get around by bikewhatever the weather or the season.

Such is Danes’ enthusiasm for the humble bicycle as a mode of transport that they even managed to bring the Tour de France to Denmark in the summer of 2022. Cycling is simply the best way to get around here , and you can ride from the city to the green countryside and even the beautiful Baltic coast.

Pro tip: Being “green” and sustainable is an important part of the Danish approach to life – one of the reasons why Copenhagen continues to be selected as most livable city in the world – so why not continue visit Looking for the city’s many great sustainable attractions?

Budapest is an ideal city to explore by bike, as it is easier to reach the extensive sights, cross the Danube over the various beautiful bridges, and really enjoy the wide Danube by following it for a few kilometers out of town.

Pest being relatively flat, driving is easy. While the Buda side is steep, you can either take your bike on the funicular and then slowly descend back down to river level, or opt for an e-bike, which makes the experience even easier.

Pro tip: You can either enter one of Mol Bubi bikes from almost anywhere in the city, rent one electric bike or join a guided tour.

“Is a thirsty used Range Rover really the right car for our Prime Minister?”