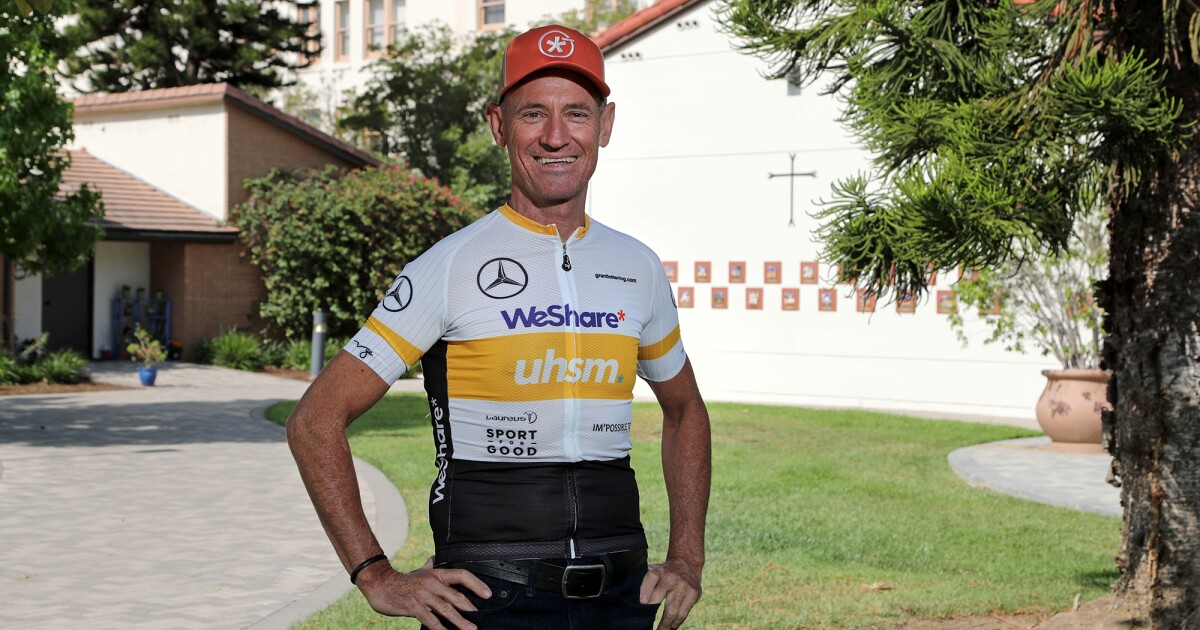 A 700 mile bike ride that circles the beauty of California, with a total ascent of 63,000 feet. These figures alone do not tire Grant Lottering of South Africa. Still, he’s ready for a grind, to say the least.

The endurance cyclist has done these extreme races before, mostly in the French Alps, but his “Im’Possible Tour” is coming to the United States for the first time next week.

Lottering will begin his ride at Shaver Lake in the Sierra National Forest on Wednesday morning. The goal is to arrive at Orange County Great Park in Irvine by Saturday night, just before the start of Orange County Soccer Club’s game against New Mexico United.

The ride will travel through the Sequoia National Forest, into Santa Barbara, Ventura, and Los Angeles counties, then up Mount Baldy and the hill stations of San Bernardino County before heading south to Irvine.

Lottering ends the ride as an ambassador for Unite Health Share Ministries, a nonprofit faith-based healthcare organization grounded in Christian values. He is also an ambassador for Laureus Sport for Good and rides to raise awareness of this charity.

“There’s a nice little golden thread running through it all, with faith playing a big part in my life story and UHSM values ​​as well,” Lottering, 53, said. “Each mountain range has its own unique characteristics…it’s just absolutely stunning. It’s great to be able to fit that into one ride. We’ll also be passing through Big Bear Lake, past Arrowhead.

“I spent two weeks doing reconnaissance. The first thing is to try to find a route that will incorporate as many mountains as possible. The second thing was to see if it would actually work, in terms of riding a bike and having [support team] the cars follow me.

Lottering suffered a horrific racing accident in the Italian Alps in 2013 and was pronounced medically dead at the scene, but ended up surviving 22 broken bones and numerous internal injuries and bleeding.

He’s had 12 surgeries since then, as well as emergency cancer surgery, but his remarkable story and life journey has raised hundreds of thousands of dollars for underprivileged children around the world.

He said there are sections of next week’s route where he will have to get into the car for short stretches, for safety reasons. He will also stop to take short naps along the way, change clothes, or eat solid food.

But it is a continuous journey.

“There are no steps,” he said. “It’s not divided. I have a sweet spot of around seven hours. I can be awake for seven hours, then take a nap for 20 minutes and repeat that. If I sleep more than 40 minutes, I really have trouble starting.

He said the toughest part of the ride would probably be the first 85 miles on Wednesday morning. It will leave Shaver Lake and traverse rough gravel through Kaiser Pass to reach the summit at 9,200 feet. This is the highlight of the walk.

UHSM’s Andy Downer said he was asked to create a network of ambassadors “not of benefactors, but of people who do good”. The lottery seemed like an obvious choice.

“I felt like everyone would be good to listen and understand his story,” Downer said. “There are a lot of people out there doing good that people aren’t aware of. Grant and UHSM share this common goal of making a difference in the world.

Support our coverage by becoming a digital subscriber.